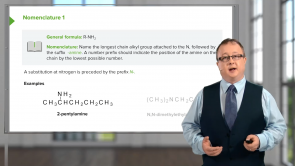 Biochemistry is the study of biomolecules within living organisms. These compounds are found in every structure and process of every living species and appear to be key in the initiation and maintenance of life as we know it.

In this course, the student will be introduced to the structure, function, and reactivity of biomolecules. For optimal comprehension, the student should be familiar with the basic concepts of molecular and cellular biology.

Basics of Carbohydrates
Carbohydrates are one of the 3 macronutrients, along with fats and proteins, serving as a source of energy to the body. These biomolecules store energy in the form of glycogen and starch, and play a role in defining the cellular structure (e.g., cellulose). Carbohydrates can be broadly classified into simple and complex carbohydrates based on the number of sugar units and chemical bonds. Carbohydrates are the most abundant organic molecules in nature and are the structural basis of many organisms. These biomolecules have a carbon:water ratio of 1:1 and a general molecular formula that can be represented as Cn(H2O)n.
read more

Basics of Amino Acids
Amino acids (AAs) are composed of a central carbon atom attached to a carboxyl group, an amino group, a hydrogen atom, and a side chain (R group). There are hundreds of AAs found in nature, but only 20 are the building blocks of proteins in humans (proteinogenic). Nine of these 20 are “essential,” as they cannot be synthesized. Amino acids differ from one another only in the chemical nature of the R group. They are most commonly classified according to their interaction with water as hydrophobic, hyd
read more

Chemical Compound: Alcohols – General Formula and Functional Group
Alcohols are functional groups that are characterized by one or more –OH group attached to a hydrocarbon chain. They are organic derivatives of water where a hydrogen ion is replaced by an alkyl group. They have increased stability, high boiling points, and are polar in nature due to an asymmetrical distribution of charge between the oxygen and hydrogen atoms.
read more

Aromatic Compounds and Electrophilic Aromatic Substitution
Hydrocarbons are compounds that are composed of carbon and hydrogen atoms only. Hydrocarbons can be considered as aliphatic or aromatic. Much focus is given in this article to aromatic compounds. Aromatic compounds, in general, are compounds that exhibit aromaticity, or the property in which a conjugated ring of an unsaturated bond, lone pairs, or empty orbitals exhibit a stabilization stronger than stabilization brought about by ordinary conjugation. In this article, the different properties of an aromatic compound are discussed, as well as their different applications. Focus is also given to benzene, C6H5. Unlike in ordinary alkenes, where addition reaction occurs, reactions of aromatic compounds involve electrophilic aromatic substitution (EAS).
read more

Carboxylic Acids and their Derivatives
Carboxylic acids are a group of compounds containing the functional group –COOH. They represent a large class of organic compounds, with varying applications from numerous natural products to synthetic drugs and hormones. In this article, the carboxylic acid family of compounds will be given focus. Covered in this article is the simple nomenclature and reactivity of these compounds. How the compounds participate in nucleophilic substitution reactions and how the different carboxylic acid derivatives are formed.
read more

Carbonyl Compounds: Nomenclature, Nucleophilic Addition and More
Many of the materials we use in our daily lives contain carbonyl compounds – from pharmaceutical agents to cosmetic products. This article will discuss the carbonyl compounds, focusing on their structures and chemical reactions. Carbohydrates will also be discussed in this article.
read more
Load more

Your Educators of course Structure, Function, and Reactivity of Biologically-relevant Molecules