Lecturio Medical Student Blog
Residency & Beyond
Why Do Doctors Have Bad Handwriting?

Why Do Doctors Have Bad Handwriting?

Growing up in school, I was always an excellent student. Well, almost always. Amidst the straight As and other top marks on my grade school report cards, there was always the perennial stain on my near-perfect record: from Kindergarten through eighth grade, I never received better than “needs improvement” in handwriting. 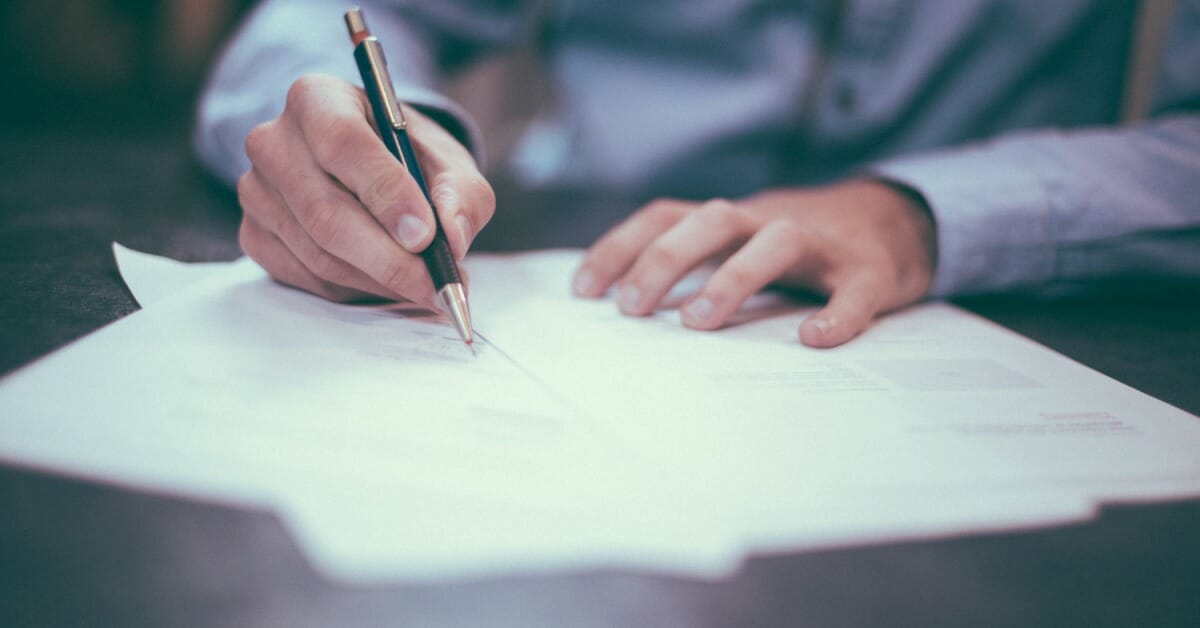 Dr. Brennan Kruszewski is a practicing internist and primary care physician in Beachwood, Ohio. He graduated from Emory University School of Medicine in 2018, and recently completed his residency in Internal Medicine at University Hospitals/Case Western Reserve University in Cleveland. He enjoys writing about a variety of medical topics, including his time in academic medicine and how to succeed as a young physician. In his spare time, he is an avid cyclist, lover of classical literature, and choral singer. LinkedIn

I like to joke that my poor handwriting was the first clue that I would pursue a career as a doctor.

Doctors are notorious for being unable to write legibly. The most common explanation seems to be that overuse of the hands and the need to write notes quickly are to blame. The sheer volume of information recorded daily causes our handwriting, even if it was good initially, to deteriorate over time. But in my case, my handwriting was already bad – even in grade school.

My Handwriting Was Always Poor, and I Have Plenty of Reasons

I have plenty to say in defense of my poor handwriting as a child. For the first few years, I complained that I couldn’t see the board well – which turned out to be true, as I got glasses in the first grade. My vision wasn’t the issue, though, because my handwriting didn’t improve as a second grader either. I was quick to blame it on having to learn cursive and smudging my paper trying to run all the letters together. My teachers largely accepted that explanation and did their best to struggle through my handwritten assignments. When my handwriting didn’t improve by third grade, I opined that it was clear that handwriting just wasn’t that important anymore – after all, my grades were fine, and as long as it didn’t have an impact on my grades, what did it matter?

At some time in the third or fourth grade, one of my teachers pulled me aside about the issue of my handwriting. I had received a lower mark than usual on an essay that I had handed in. The reason for the poor grade wasn’t that the essay was poorly written in a grammatical sense, nor that the content was poor. The reason for the poor grade was simply that my teacher could not read what I had written. I was embarrassed that my years of poor handwriting had finally caught up to me. I was able to make up the essay and decided to type rather than hand write it to avoid the issue of legibility.

But the embarrassment of not being able to be understood due to my illegible writing lingered.

By middle school, I was (mercifully for my teachers) typing most of my assignments, and I never really ended up having an issue where legibility affected my grades again. However, I can’t exactly say that my handwriting improved. By high school, I started to use a self-made shorthand; by the time I got to medical school, my handwritten notebooks were about as decipherable as an ancient clay tablet written in a long-forgotten language. But anytime I knew that my writing would be read by someone else, I took pains to type it out or to slow down and focus on my lettering for their benefit. Today, I rarely write outside of what I type on a computer, except for the occasional prescription when my electronic medical record isn’t working.

The Advent of Open Notes: Why Clearly Intelligible Notes are so Important in the Medical Field

Fortunately for doctors and patients alike, the need for handwritten notes and prescriptions is fading, with more legible (and safer) electronic medical records and typed notes taking their place. The need for clarity in communication between the doctor and the patient has become more critical than ever. With the passage of the Cures Act, perhaps for the first time, patients can read a doctor’s typed notes soon after they’re written, shining a spotlight on the need for clear and accurate communication. This newfound transparency has generated a sense of panic among some medical professionals who are not used to seeing their notes on display. Where once these records were sacred, private, and for a physician’s eyes only, patients have started to question the meaning behind abbreviations and terms that were previously only seen by treating physicians and their colleagues.

While the meaning of an abbreviation like “SOB” (shortness of breath) is second nature to a clinician, a patient without medical knowledge may interpret the same abbreviation in a very different way, unintentionally causing offense and creating confusion. Some abbreviations are even unclear to clinicians themselves, with potentially deadly ramifications. Consider “qd” for “every day,” sometimes confused with “qod” for “every other day.” Or what about “MS,” which might mean morphine sulfate, magnesium sulfate, or multiple sclerosis, depending on the context? These abbreviations are considered so confusing that their use is banned in hospitals. Other issues like poorly rendered decimal points, trailing zeros, and dosing abbreviations for micrograms are so well-recognized as potentially dangerous that most electronic systems won’t even allow you to type them in.

Studying medicine has never been easier.

Set yourself up for success with Lecturio.

Beyond abbreviations, phrases like “poor historian,” “chronic alcoholic,” or “morbidly obese” have come under fire for the negative way they portray patients with chronic illnesses. Describing a patient as a “frequent flier” (to describe a person who is frequently admitted to the hospital) or as “suffering with” an illness are also highlighted as examples of alienating language that distances the treating physician from the patient they are treating. There is a growing sense that the language physicians use in their notes can alter a treating physician’s perception of an individual – potentially impacting the quality of the care that an individual receives. Although the idea that language can impact the way we view reality is not new, it seems to have been gaining steam in medicine.

Other medical phrases incite anxiety and confusion in patients, such as “tumor” (indicating a growth, not necessarily cancer), the difference between “benign” (not usually a cause for concern) and “malignant” (often a cause for concern), and a bevy of other confusing medical terms. There’s also the matter of findings that are minor or incidental – like a “probable renal cyst” or “likely lipoma” that, in days gone by, doctors might not even have felt important enough to mention to a patient. Patients take to a search engine seeking the meaning of these findings, hoping to replicate the years doctors spend in training to determine their significance.

What does this have to do with bad handwriting?

It used to be that doctors didn’t have to worry about the content of their notes, so long as it was well-understood by their colleagues and achieved the result of treating the patient adequately. Like my third-grade self not caring about handwriting as long as I got good grades, doctors didn’t have to worry about whether or not the patient would understand what they were writing in a note or on a prescription pad.

But, as I learned later in life, the ability to express oneself clearly, to the point where anyone could understand, was essential to the process of thinking clearly and forced me to slow down, focus, and write more clearly so that others could understand what I wrote.

With the advent of open notes, doctors will need to think more carefully and clearly about what they are writing in the medical record – not to hide behind medical jargon or use words that patients find alarming or confusing. Like my teacher who emphasized the need to be understood, doctors will need to learn to be precise in their choice of language. In doing so, they will hopefully come to a clearer understanding of the need to choose their words carefully, think logically, and avoid taking shortcuts when arriving at an answer.

And if they can do this – who knows? Maybe their handwriting will improve, too.

What Happens After Residency: 5 Things to Expect

From taking the MCAT to preparing for the USMLE® and earning a place in your dream residency program, thousands of resources and tips and experiences are easy to find. But what happens after residency? Take the next step in your path to becoming a practicing physician.

What is Residency Like? A Day in the Life of a Medical Resident