Is medical school all it’s cracked up to be? Time to dispel some common myths! 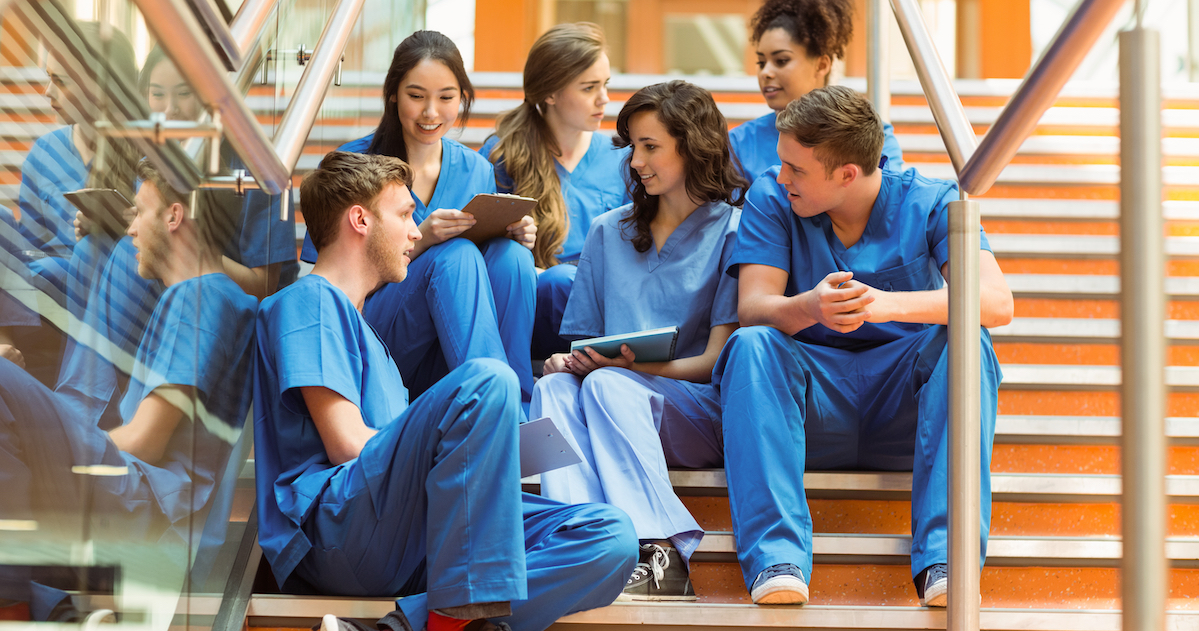 Bianca is a medical intern at the Ateneo School of Medicine and Public Health in the Philippines. She is a BS Psychology graduate, currently working on her double degrees in MD and MBA.s

There are many things you might believe about med school. Some of them might make you anxious, while others might be exciting. Either way, you need to have realistic expectations before entering. Many people tell you that you need to know what you’re getting into. But I’ve learned that you can never be 100 percent ready for medical school.

Still, there are a few things I wish someone had told me before I entered. Med school isn’t all it’s cracked up to be, but it also amazes me in ways I couldn’t have imagined. So, let’s dispel some ideas you might have about it and look into some of the most common myths surrounding medical school:

We’ve heard it all before, “I didn’t sleep a wink last night! I’ve had a total of 10 cups of coffee!” I wouldn’t know – I actually don’t drink coffee. But that’s what my coffee-addicted classmates sound like, and it doesn’t sound healthy. Of course, there will be days when you will feel the need to give it your all. So you’d naturally start drinking coffee and pulling an all-nighter right before the exam. But you need to remember that self-care is also part of giving your 100 percent. You can’t perform at your best when you’re sleep-deprived and running solely on caffeine.

Everyone has their own way of studying. You can drink coffee and sleep as little as you want, but you need to know when it starts becoming unhealthy. Personally, I’ve only done one all-nighter in med school. Even if it meant getting a lower score in exams, I had a strict rule with myself to sleep and take breaks at certain times. As a future doctor, you need to have good time management. If you can’t master that skill, you’ll get burned out before you know it.

Myth #2: There is No Free Time in Medical School

It is true that there is too much to study in very little time. It’s overwhelming and nothing like how it was in pre-med. But once you set your priorities and get into a rhythm of studying, eating, and sleeping, you’ll be able to make time for your friends and family. My first year of med school, I kept turning down invites to parties and family dinners. But by 3rd year, I spent my weekends going out with friends and family, and even made time for my hobbies.

Being in med school doesn’t mean you have to stop doing the things you love.

I have classmates who are stage actors, in bands, researchers, and writers. Some of us even work part-time jobs and do volunteer work. For us, it’s not something we do in our “free time.” We make time for these things because they matter to us. As long as you love it, you can make time for your life outside of medicine.

Myth #3: I Can Get into and Pass Medical School if I Really Want To

I’ll admit this is something I’ve always believed when entering med school. I thought that if I worked hard enough, I could get into the med school or the grades I wanted. Sure, things may have worked out for me in the end. But this kind of thinking has led to people blaming themselves for not working hard enough, even though they’ve done their best. Don’t get me wrong, I am where I am with a lot of hard work and sacrifice. But a big part of it is also luck.

Always have a Plan B if med school doesn’t work out. While your Plan A may not have worked, it’s not the end of the world. There are always similar careers and programs you can enter. Becoming a doctor shouldn’t determine whether you find happiness and fulfillment in life. So don’t limit your possibilities to one career. You’re always capable of doing more.

This is a tip often given by med students. Many people live by it, so it’s not entirely false. It’s okay to wake up in the morning and do what you need to do when things get tough. The cycle of Eat, Sleep, Study, Repeat is ingrained into our heads so deeply, that sometimes we forget to see the bigger picture: There’s more to med school than just survival. You need to learn to plan ahead if you want to find time to rest and avoid burnout.

Similar to this is the saying, “I just need to pass.” Passing is great, but if that’s all you’re studying for, you’re missing the point. You need to study for your patients. They will rely on you, and you’ll feel the weight of that responsibility once you get to the hospitals.

Your end game is not graduating. It’s standing between a patient and the worst case scenario, and being able to make the right decision and possibly save a life.

Myth #5: Med School is Survival of the Fittest

Many people who get into med school are people who have been competing with other people their whole lives – and they’re good at it. So it stands to reason that med school will be a competition, too. After all, getting into med school and residency requires you to be better than other students applying… right? Actually, that isn’t totally the case.

Med school is hard enough as it is, so there’s no point adding competition to the stressors. Med students need to look out for each other. If you can’t afford kindness for your fellow students, I doubt you’ll have any for your patients and co-workers in the future. We’re all heading the same way, and some paths are just bumpier than others. So, once you’ve got a good foundation, lend a hand to those who need it. I don’t know if I would have gotten this far without the ones who reached out and helped me when I needed it.

A Day in the Life of a Medical Student

What is it like to study medicine in the Philippines? Fourth-year medical student Bianca shares what her pre-COVID daily routine was like, as well as a few tips for students to make the most out of a busy schedule.