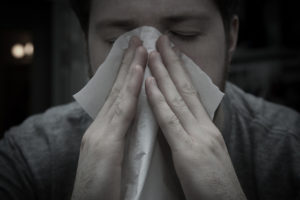 Components and Diseases of the Human Immune System
The physiological structure and function of the human immune system are key issues in the academic education of physicians and other medical professionals. In order to recognize pathogeneses on the micro- and macro-biological level at an early stage, and to be able to treat them adequately, a comprehensive knowledge of physiological and pathophysiological processes is required. Due to demographic changes, a continuous increase in psychosomatic diseases by immunosuppression can be observed. Therefore, besides an effective treatment with medication, physicians should also offer their patients possibilities for autonomous strengthening of the immune system, for example by changing their nutrition and lifestyle.
read more
Load more
Share
Ask Questions
Take Notes
Download Slides
Report Mistake
Comments
show all Show less
My Notes
show all Show less
Learning Material 2
show all Show less
Report mistake
Transcript
0 of 0

00:01 One of the things that is not exactly unique, but is rather special about the immune response is that the cells of the immune system actually move around the body. 00:12 They're not just sitting in one location, but they can travel around the body. 00:16 And essentially they do this using two different circulation systems - the blood circulation and the lymphatic circulation. 00:28 And these are connected to each other, so the cells can move around both the blood circulation and the lymphatic circulation. 00:36 And this allows cells of the immune system to actually get to the location where the infection is. 00:41 It's not good having an infection in your big toe if the cells that you need to fight that infection hasn't-- under your armpit for example, the cells of the immune response need to get to the location where the infection is. 00:57 And that's why they circulate around the body. 01:01 We already heard earlier how there are many different types of pathogens that the immune response needs to detect and mount an immune response against. 01:12 Viruses, bacteria, fungi, parasites, and I mentioned that these can be very small like a virus or very big like a parasite. They can be living inside cells, in the case of viruses. They spend some of their life cycle inside a cell, but some of it outside of a cell. So I'm sure you will not be surprised to hear that there's not a single strategy that the immune system uses to eliminate pathogens, but actually several different strategies. The detailed for the particular type of pathogen that needs to be eliminated. Phagocytosis - this is a process whereby pathogens are engulfed by cells that we refer to as phagocytic cells. There are two major sorts of phagocytic cell in the immune response. One is called a neutrophil and the one that you can see here, a macrophage. 02:12 So the phagocytic cell engulfs, takes up the pathogen and then subsequently having taken up the pathogen, it destroys it. So it takes it up into what is called a phagocytic vacuole. And then the phagocytic cell releases toxic molecules onto the pathogen which destroys it. Obviously some pathogens are larger than our own cells. I've mentioned earlier, a big tapeworm in your gut. Some other types of parasites are much bigger than the phagocytic cells. And clearly, the phagocyte can only take up organisms that are smaller than itself. So, other strategies are needed for larger organisms or other types of pathogen. One of those strategies is for cells of the immune response to release molecules that are toxic to the pathogen, can kill the pathogen. Another strategy is required when pathogens actually hide within cells of the body. And all viruses have to spend some of their life cycle inside our own body cells. They're not able to replicate their nucleic acid without living at least for part of their life inside our own cells. 03:40 So a number of different strategies are employed: phagocytosis, the release of molecules And they are then hidden from many aspects of the immune response. 03:45 that can kill a pathogen and cells that can kill our own body cells early on in an infection. 03:48 So how does the immune system deal with that, you may be wondering? Well, there are a number of different cell types that can actually kill our own cells when those cells become infected. 04:02 Seems a bit harsh, it seems a bit brutal to start killing our own cells. 04:07 But as long as the immune system does that very early on in an infection, it's usually fine, it's usually okay. 04:14 We can regenerate a few of our own cells. 04:16 It's not a big problem for us. 04:18 And it's a way that the immune system has evolved to deal with pathogens that are trying to avoid the immune response by hiding inside our cells. 04:28 It's a very effective way of dealing with that situation. 04:32 And the cell of the immune system will then kill the infected cell and other parts of the immune system can then deal with the killed cell. 04:42 Remove it, remove any pathogen that gets released from those cells following the cell death. 04:49 So,a number of different strategies are imployed: Phagocytosis, the release of molecules that can kill pathogen and cells that can kill our own body cells early on an infection.

The lecture Strategies to Eliminate Pathogens by Peter Delves, PhD is from the course Immune System: Overview and Cells. It contains the following chapters:

Which of the following pathogens cannot be eliminated through phagocytosis?

Which of the following is NOT a typical method of eliminating pathogens by the immune system?

What structural organization allows immune cells access to all parts of the body?

(1) 5,0 of 5 stars
So cool and clarity of concepts is not an issue for Dr Delves. thank you
By Moses M. on 02. March 2017 for Strategies to Eliminate Pathogens

I love everything about it. Not only knowledgeable but a gifted speaker

(1) 5,0 of 5 stars
So cool and clarity of concepts is not an issue for Dr Delves. thank you
By Moses M. on 02. March 2017 for Strategies to Eliminate Pathogens

I love everything about it. Not only knowledgeable but a gifted speaker