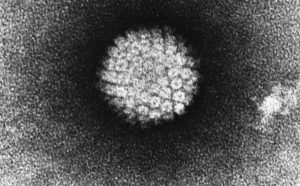 00:00 In this lecture, we’ll discuss Skin and Soft Tissue Infections in Children. So, skin and soft tissue infections are bacterial infections of the skin and the underlying soft tissue like you can see here in this picture. Essentially, these are usually caused by a very limited number of organisms. 00:21 Probably one of the most common is group A <i>Strep</i>. Additionally, <i>Staph aureus</i> can cause these infections and rarely patients can get <i>Pseudomonas</i>. <i>Pseudomonas</i> is what we typically think of in adults with IDDM or diabetes mellitus, but this does not usually happen in children with diabetes. It usually takes several years of diabetes before the immune incompetency of the extremities results in predisposition to <i>Pseudomonas</i> infections. We can see <i>Pseudomonas</i> in adolescents especially who had been in hot tubs through hot tub folliculitis or very rarely and this is, they love asking this question on an exam, when a sneaker is being worn and a piece of material such as a nail goes through the sneaker rubber and into the foot. This can introduce <i>Pseudomonas</i> into the foot causing a <i>Pseudomonas</i> cellulitis because <i>Psueodomonas</i> likes to grow in the rubber of sneakers. Very rarely, we see <i>Psueodomonas</i> in children with significant extremity vasculitis. Children who have breakdown of their extremities can get pseudomonal infections. 01:32 So, let’s first talk about erysipelas. Erysipelas is an infection of the very upper dermis and superficial lymphatics only, so this is a very superficial infection and it’s more commonly group A <i>Strep</i> than it is <i>Staph</i>. Here’s a picture of a patient with impetigo. It’s got that what we call honey crust appearance to it. It’s superficial, honey crusted, usually in children between around 2 to 5 years of age although it can happen in anyone, and as I said, <i>Strep</i> more commonly than <i>Staph</i>. It’s most commonly on the face or extremities starting around the nose and spreading, and there really should be no systemic symptoms. This does not usually cause fever or other things like that. Another type of skin and soft tissue infection is ecthyma. Here you can see a picture of it. It causes a sort of ulcerative impetigo, sort of punched out ulcerative lesions. 02:31 These can be covered by purple or dark scabs or crusting. Deeper into the tissue, patients may have a cellulitis. This is generally involvement of the dermis and the subcutaneous fat. It has a sort of subacute onset, gradually comes on. It’s more commonly <i>Staph</i> or group A <i>Strep</i> and it can form abscesses either on the surface or inside. Generally, the skin is warm to the touch and that’s actually a great way of looking for it and also can be red and certainly can be tender. Patients may also develop abscesses. This could be in the context or outside of the context of having a large amount of cellulitis. An abscess is a collection of subdermal pus with an overlying irritation. They are often tender to touch, they can be warm to the touch and they often will spontaneously rupture, or if not, we have to rupture them ourselves and we’ll talk about that in a bit. Generally, for all these skin and soft tissue infections, the diagnosis is clinical. We sometimes use ultrasound to help us distinguish between drainable abscesses and an early abscess or non-drainable phlegmon. If you know it’s an abscess, you can certainly drain it, you don’t need an ultrasound. If you know it’s not an abscess, you certainly don’t need an ultrasound, you can just go with that and treat with antibiotics but it is in between not-sure-if-it’s-ready-to-go things that the ultrasound becomes useful. All blood tests are unhelpful for cellulitis and skin and soft tissue infections. A white blood cell count may be elevated or may not but does not rule in or rule out the infection. This is a clinical diagnosis. 04:18 Blood cultures are utterly useless. They are incredibly unlikely to be positive. However, we would culture pus if it’s expressed because knowing the organism is sometimes helpful with regard to choosing an antibiotic. Let’s talk about Panton-Valentine Leukocidin. You might not have heard that term before. PVL or Panton-Valentine Leukocidin is a gene that is much more commonly expressed by MRSA or Methicillin Resistant <i>Staph Aureus</i>. These tend to go together though certainly MSSA can also express the PVL gene. The PVL gene is more likely to cause the bacteria an ability to form abscesses. Basically, this PVL gene creates the protein that goes outside of the bacteria and actually kills white blood cells that are trying to come and kill it. 05:14 This results in an ability to be aggressive and infectious and invasive. Patients with diseases associated with PVL-containing MRSA or MSSA are more likely to have skin and soft tissue infections but these can also invade into joints and into bone. Basically, the PVL gene allows the bacteria to disrespect body tissue barriers and invade deeper.

The lecture Skin and Soft Tissue Infections (SSTI) in Children: Pathology, Clinical Presentation & Diagnosis by Brian Alverson, MD is from the course Pediatric Infectious Diseases. It contains the following chapters:

A child wearing a shoe steps on a nail and the injury later develops into cellulitis. Which of the following is the most likely organism?

A boy was walking around a construction site and a nail passed through his sneaker. What is the organism that commonly causes the disease?

Which of the following diseases is NOT commonly associated with Staphylococcus aureus?

Which of the following causes honey crusted lesions surrounding the nose?

(1) 5,0 of 5 stars
There are fundamental errors in the video
By Avinoam M. on 12. February 2017 for Skin and Soft Tissue Infections (SSTI) in Children: Pathology, Clinical Presentation & Diagnosis

There are fundamental errors in the video. please do something about it.

(1) 5,0 of 5 stars
There are fundamental errors in the video
By Avinoam M. on 12. February 2017 for Skin and Soft Tissue Infections (SSTI) in Children: Pathology, Clinical Presentation & Diagnosis

There are fundamental errors in the video. please do something about it.