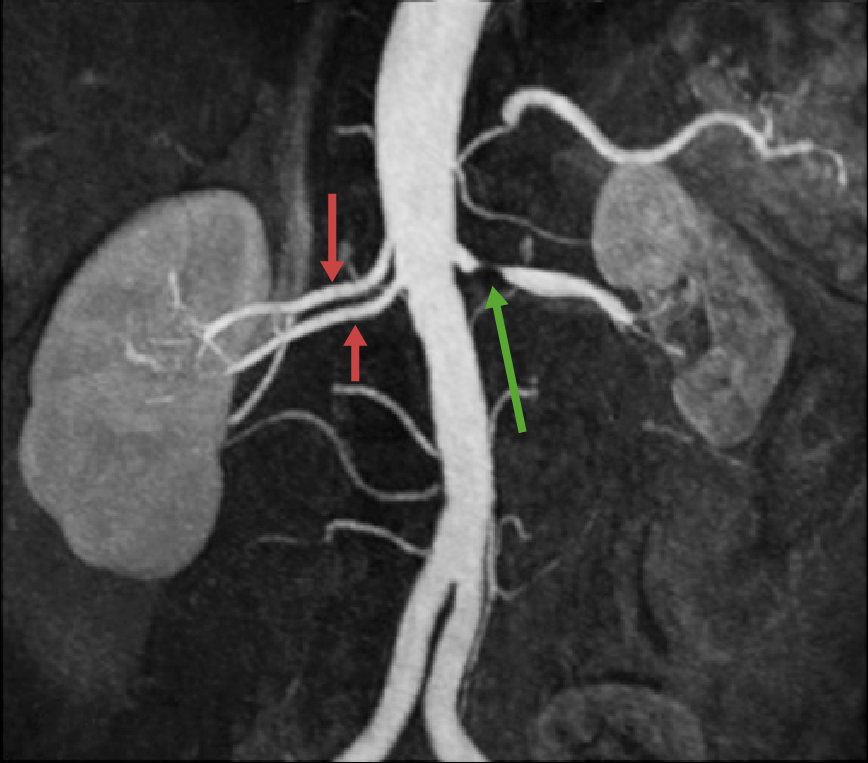 Renal Artery Stenosis
Renal artery stenosis (RAS) is the narrowing of one or both renal arteries, usually caused by atherosclerotic disease or by fibromuscular dysplasia. If the stenosis is severe enough, the stenosis causes decreased renal blood flow, which activates the renin-angiotensin-aldosterone system (RAAS) and leads to renovascular hypertension (RVH), which only accounts for a small fraction of all cases of hypertension. Renovascular hypertension can be associated with abdominal bruits, renal insufficiency, or progressive renal atrophy. Diagnosis is by clinical presentation followed by imaging studies, including duplex ultrasonography, magnetic resonance angiography (MRA), computed tomography angiography (CTA), and sometimes catheter-based angiography. Revascularization is usually reserved for cases in which medical therapy has failed.
read more 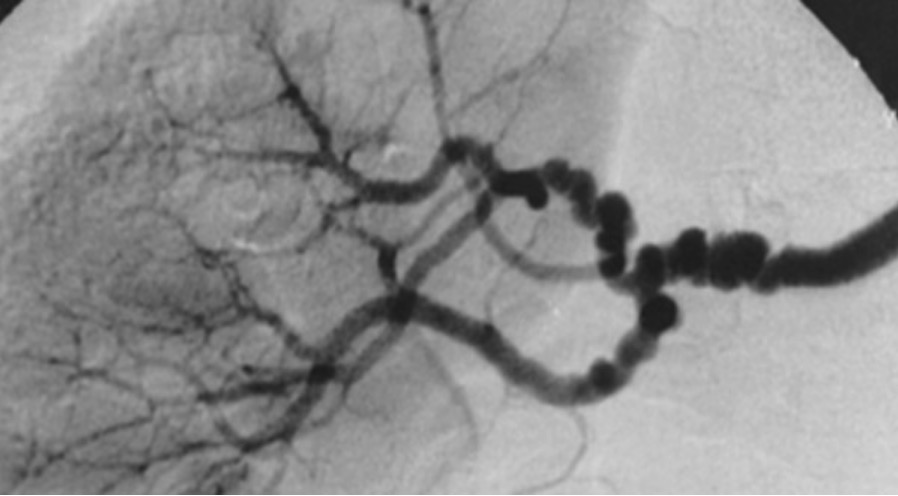 Fibromuscular Dysplasia
Fibromuscular dysplasia (FMD) is a nonatherosclerotic, noninflammatory, medium-sized angiopathy due to fibroplasia of the vessel wall. The condition leads to complications related to arterial stenosis, aneurysm, or dissection. The clinical presentation can differ depending on which arteries are affected, but may include secondary hypertension from renal artery stenosis (RAS), neurologic deficits from cerebrovascular involvement, claudication due to limb involvement, and intestinal angina from mesenteric artery disease. The diagnosis is confirmed with imaging, such as computed tomography with angiography. Treatment includes lifestyle modifications, antihypertensive therapy for RAS patients, and potential revascularization.
read more
Load more
Share
Ask Questions
Take Notes
Download Slides
Report Mistake
Comments
show all Show less
My Notes
show all Show less
Learning Material 2
show all Show less
Report mistake
Transcript
0 of 0

The lecture Renal Stenosis and Fibromuscular Dysplasia by Joseph Alpert, MD is from the course Arterial Diseases.

What percentage of renal artery stenosis is due to atherosclerosis?

Goldblatt effect suggests constriction of renal artery causes secretion of which of the following substances?

Which age group is most likely to suffer from renal artery stenosis resulting from fibromuscular dysplasia?

What percentage of renal stenosis is caused by fibro muscular dysplasia?