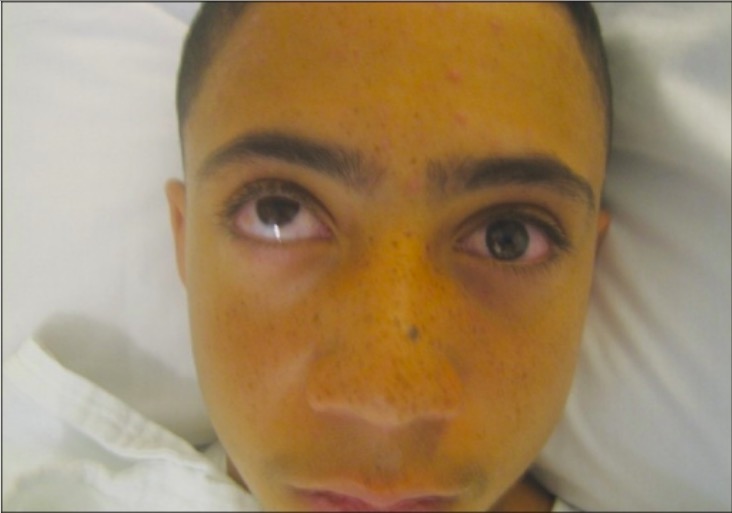 Orbital Fractures
An orbital fracture is a break in the continuity of one or multiple bones of the eye socket, caused by direct or indirect trauma to the orbit. Patients frequently present with lacerations around the eye, orbital pain, edema, ecchymosis, diplopia on upward gaze, numbness around the eye, and signs of muscle entrapment. Diagnosis is based on clinical exam and imaging. The mainstay of management is to prevent further injury to the eye while determining whether surgery is needed. Complications include orbital compartment syndrome, blindness, and persistent diplopia.
read more

Orbital and Preseptal Cellulitis
Orbital and preseptal cellulitis are infections differentiated by the anatomic sites affected in the orbit. Infection anterior to the orbital septum is preseptal cellulitis; infection posterior to the septum is orbital cellulitis. Inoculation with the pathogen can occur through trauma or surgery. Cellulitis also occurs via extension from a nearby structure (such as from sinus infection or sinusitis). Patients will have eyelid erythema, pain, and swelling. Distinguishing characteristics of orbital cellulitis include ophthalmoplegia, proptosis, painful eye movement, and possible vision impairment. Complications are rare with preseptal cellulitis, and treatment can be initiated with oral antibiotics. Orbital cellulitis, however, requires intravenous broad-spectrum antibiotics and in severe cases, surgical drainage.
read more
Load more
Share
Ask Questions
Take Notes
Download Slides
Report Mistake
Comments
show all Show less
My Notes
show all Show less
Learning Material 2
show all Show less
Report mistake
Transcript
0 of 0

The lecture Red Eye and Orbital Trauma by Brian Alverson, MD is from the course Pediatric Emergency Medicine. It contains the following chapters:

Where does blood collect in a patient with a hyphema?

A 12-year-old child is diagnosed with acute blepharitis. Which of the following is the most appropriate treatment at this point in time?

A 10-year-old girl presents with excessive tearing of her right eye. Physical examination shows erythema over the medial lacrimal punctum of the ipsilateral eyelid. What is the most likely diagnosis?

A toddler is brought to the physician because of red eyes for 2 days and is diagnosed with mild bilateral conjunctivitis. Physical examination is otherwise normal. Which of the following is the most appropriate next step in management?

A neonate is diagnosed with gonorrheal conjunctivitis. Which of the following is the most appropriate antibiotic treatment for this patient?