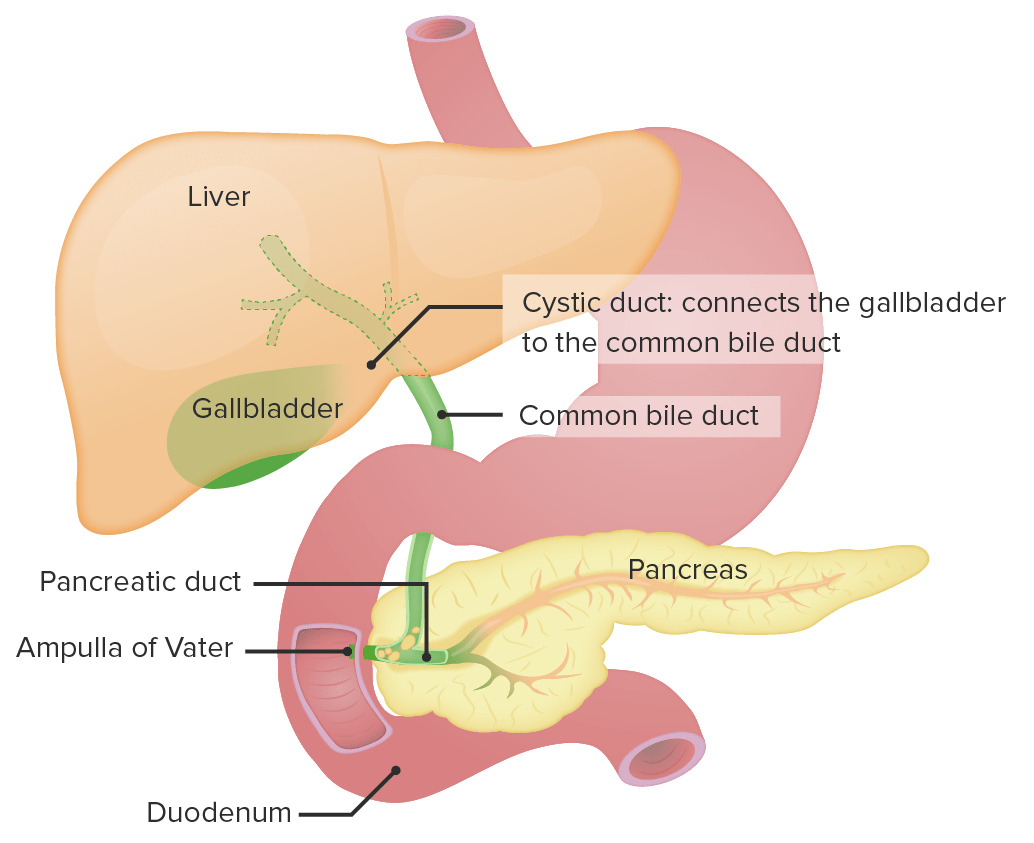 Liver and Biliary Tract Imaging
The hepatobiliary system is composed of the liver, gallbladder, and bile ducts (within the liver and external to the liver). The liver produces bile, which is a fluid made of cholesterol, phospholipids, conjugated bilirubin, bile salts, electrolytes, and water. Bile, which assists in digestion and helps eliminate waste products, is stored in the gallbladder. The hepatobiliary system can be affected by infections, cysts, solid masses, ischemia, and mechanical flow obstruction, which mandate the presence of reliable imaging tests to determine the etiology. The methods that evaluate structural changes in the liver and biliary tract include ultrasonography, CT scan, and MRI (including magnetic resonance cholangiopancreatography). Additionally, cholescintigraphy, a functional imaging study, helps identify gallbladder pathology by tracking the biliary pathway.
read more 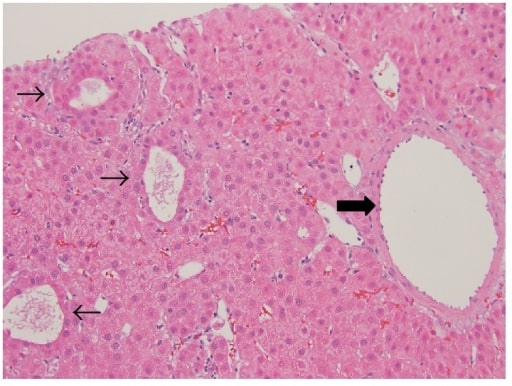 Benign Liver Tumors
The most common benign liver tumors include hepatic hemangiomas, focal nodular hyperplasia, and hepatic adenomas. These tumors are mostly asymptomatic and/or found incidentally on abdominal imaging. While these tumors are benign, large lesions can cause symptoms such as upper abdominal pain, or produce complications such as bleeding. Malignant potential is a concern for hepatic adenoma, depending on risk factors. The diagnosis is based on imaging studies, with characteristic findings defining the tumor. Biopsy generally is reserved for equivocal cases. Management is observation for most small, asymptomatic, and non-growing tumors. However, high-risk factors, symptoms, increasing tumor size, and complications dictate the need for surgical intervention.
read more 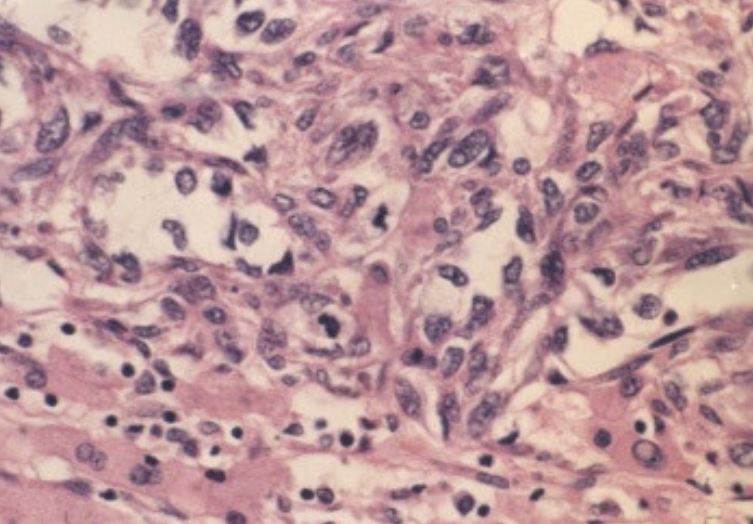 Rare Malignant Liver Tumors
Although hepatocellular carcinoma (HCC) is by far the most common malignant liver tumor, there are several rare malignant tumors that are important to keep in mind when making a differential diagnosis. These tumors include cholangiocarcinoma; hepatoblastoma and mesenchymal tumors, such as epithelioid hemangioendothelioma (EHE); and angiosarcoma. While these conditions differ in their etiology and pathology, they often present similarly, with nonspecific symptoms such as fatigue, weight loss, and abdominal discomfort. Diagnosis is by imaging, which can be supported by a biopsy. Surgical excision is the only curative approach for these tumors.
read more 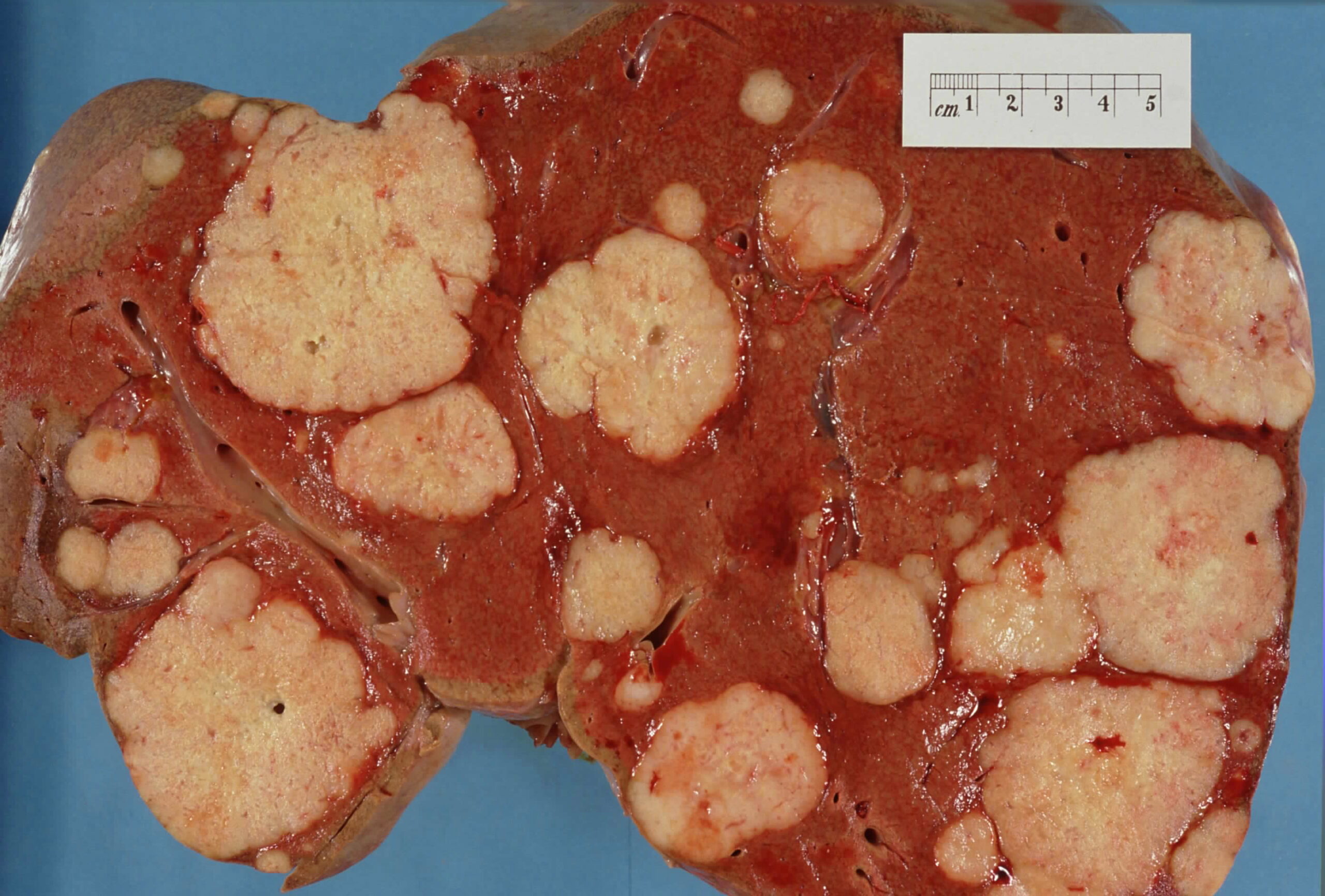 00:01 Conceptually, the way we want to think about whether or not somebody is a candidate for resection with liver cancer is to assess the tumor size, location, and metastases. This largely determines whether or not technically, the mass is resectable. It was very important also to conceptually incorporate the liver function and very importantly, the postoperative liver function. 00:27 Factors in determining resectability anatomically is the functional reserve of the liver after resection. 00:34 But of course, technically speaking, livers that are very close to vessels, lesions, and multiple lobes may not be amenable to resection. Liver function and particularly Child’s Pugh or MELD’s classification speak to the perioperative mortality and the liver reserve. Just because technically, you can resect a liver mass doesn’t mean that the patient can tolerate the surgery. Who’s the best candidate: small tumors, preserved liver function particularly postoperative liver function or residual liver function. 01:09 Generally, we prefer no hepatic vascular invasion and no metastases. Unfortunately, liver cancer usually presents late and few patients are candidates for surgical resection alone, whether it’s anatomic or liver function related. What if the patient is not a candidate for the resection? I’ll give you a second to think about this. There are some options for patients who are not surgical candidates, RFA and TACE. Let’s look at each individually briefly. Patients may also be candidates for transplantation. 01:55 Transarterial chemoembolization also known as TACE undergoes a very interesting concept. 02:03 As we know, the majority of hepatocellular cancer is supplied by the hepatic artery as opposed to the remainder of the liver which is the majority is supplied by the portal venous system. 02:15 This is the theory behind transarterial chemoembolization. Cut off the blood supply. 02:21 Radiofrequency ablation is also an option. In radiofrequency ablation, radiothermal energy is applied usually under ultrasound guidance intraoperatively. Radiofrequency ablation is appropriate when resection may not be possible due to the location particularly close to important vessels. 02:38 Radiofrequency ablation works best if the lesion is less than 4 cm in size. What about transplantation? Again, we’ve discussed the MELD score which was originally developed for allocation of transplantation. 02:55 Orthotopic liver transplant is appropriate for lesions less than 5 cm or cancer that involves three lesions that are smaller than 3 cm. Transplantation is discussed elsewhere. Some of the important clinical pearls to take home. Patients liver function status is an important predictor of survival. 03:18 Remember, hyponatremia or low sodium is a strong negative predictor for liver patients. 03:26 For your test, high yield information: Metastases is still the most likely lesions in the liver. 03:34 So remember, look for other lesions. This is particularly true if there are multiple lesions and there’s a potential for primary cancer such as colon cancer. Thank you very much for joining me on this discussion of liver cancer.

The lecture Liver Cancer: Management by Kevin Pei, MD is from the course General Surgery.

Which of the following patients is NOT a candidate for surgical resection of liver cancer?

The hepatocellular carcinoma (HCC) cells are mostly supplied by which blood vessel?