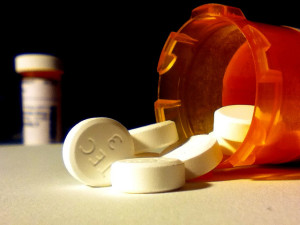 Drugs for Influenza and CMV Retinitis
Antiviral agents are chemotherapeutic drugs that are effective against different viruses. Influenza is a common infection; anti-influenza agents are useful for both prophylaxis and the treatment of influenza. CMV retinitis is a common opportunistic infection in immunocompromised patients; there are several antiviral drugs effective against CMV. Pharmacology of all the drugs will be discussed briefly.
read more
Load more
Share
Ask Questions
Take Notes
Download Slides
Report Mistake
Comments
show all Show less
My Notes
show all Show less
Learning Material 2
show all Show less
Report mistake
Transcript
0 of 0

00:00 Let's move on to a different category. 00:02 This is the category use to treat influenza. 00:06 Now anti influenza agents who work on several areas but the one that we talk about most is the decloaking of the influenza A virus. 00:17 Now amantadine is a prototypical drug and it blocks the uncoating of the virus. 00:23 It binds to a proton channel to prevent acidification of the virus core. 00:28 Now without acidification of the virus core you can't activate your RNA transcriptase. 00:34 So that viruses is essentially rendered inside the cell. 00:37 Now it doesn't effect the influenza B virus. 00:41 It tends to seem to only effect influenza A. 00:44 Note that amantadine is also an antiparkinsonian medication. 00:50 So we did talk about amantadine in our Parkinson's lecture. 00:54 Rimantadine does not require dosage adjustment in renal failure. 00:59 So it's a convenient agent as well that's part of the armaterium. 01:03 In terms of the toxicity of these two agents, mostly it involves GI irritation. 01:08 But sometimes you can get some strange neurological phenomenon too like slurred speech, dizziness and ataxia. 01:15 Is that due to the parkinsonian activity of the drug? We're not too sure. 01:20 The next agent I want to talk to you about in terms of influenza treatment is zanamivir. 01:25 These are neuraminidase inhibitors. 01:30 They act by cleaving sialic acid residues. 01:33 Now they prevent clumping of newly released virions. 01:37 So normally when viruses are being released or virions are being released, they clump together and we don't want that to happen. 01:46 Now these agents are inhibiting the neuraminidase. 01:50 So what happens is that the viruses aren't able to spread out. 01:55 Now these are active against both influenza A and influenza B. 01:59 And they're actually also each H1N1 influ. 02:03 If you remember that made some headlines a few years ago. 02:06 It's also active against H3N2 influenza virus as well. 02:12 Worldwide resistance is actually quite rare. 02:16 And we think that the worldwide resistance that does develop is due to mutations of the neuraminidases.

The lecture Influenza Treatment – Antiviral Drugs by Pravin Shukle, MD is from the course Antimicrobial Pharmacology. It contains the following chapters:

Which of the following steps in viral replication and spread is inhibited by zanamivir?

A patient with renal failure comes to you with influenza infection. Which of the following drugs can be safely administered to him?