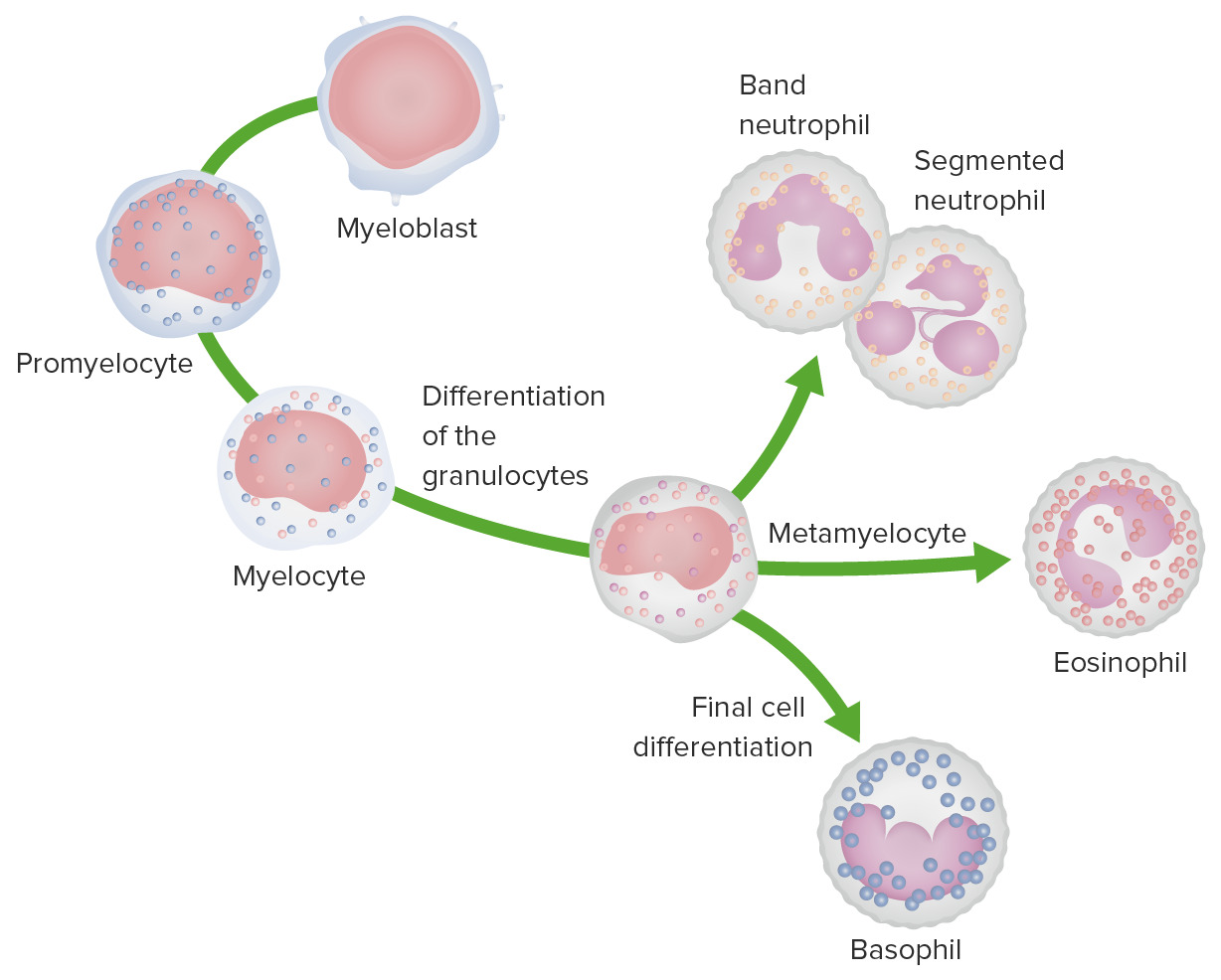 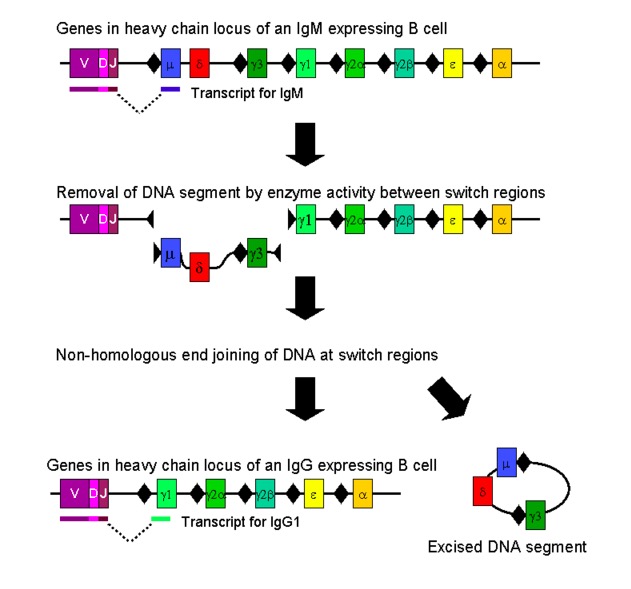 00:01 So what is IgE in terms of its relationship to human disease normally, and where do we find it and how much of it do we have? Well, out of the five different classes of antibody, it’s the one that usually is present in the serum at the lowest concentration. 00:21 And in fact we only have about 100ng/ml of circulating IgE. 00:27 Contrast this with IgG where the concentration is 15mg/ml. 00:35 So really, incredibly small amounts of IgE in the circulation. 00:39 In fact it doesn’t last very long at all in the circulation. 00:42 It has a half life of around about two and a half days. 00:46 However once it becomes bound to that high affinity FcεR1 on the surface of mast cells, it is stabilized from being degraded and it then has a half life of around about 12 weeks. 00:59 It is part of normal physiological protective responses. 01:03 So you find IgE elevated in certain parasitic diseases, for example schistosomiasis. 01:10 You find it in an abnormal pathological situation, such as the hyper-IgE syndrome, which is a primary immunodeficiency where is there-- where there is defective production of gamma interferon, and therefore there is an increased level of interleukin-4, because remember Th1 cells that produce gamma interferon down-regulate the activity of Th2 cells that produce IL-4. 01:39 So in the absence of gamma interferon production, there’ll be increased Th2 activity and therefore increased production of the cytokine interleukin-4. 01:48 And of course we also find elevated levels of IgE in allergy which is what we’re discussing at this moment. 01:55 Class switching to IgE is promoted by the cytokines interleukin-4 and interleukin-13 which come from Th2 cells, and as I’ve already mentioned, is inhibited by gamma interferon produced by Th1 cells. 02:13 Let’s have a look at how mast cells become activated. 02:17 The IgE is coating a resting mast cell, nothing will happen. 02:22 Everything is absolutely fine. 02:25 But if the antigen cross links the IgE bound to the FcεR1, there is antigen activation of the mast cell, there is the production of histamine and lipid mediators leading to vascular smooth muscle response and immediate reaction. 02:46 And cytokines are produced which result in inflammation causing the late phase reaction. 02:54 The mediators that are produced, we’ve already mentioned some of these. 02:58 The biogenic amines such as histamine which can cause vasodilation. 03:04 The lipid mediators such as platelet activating factor or PAF, prostaglandin D2, leukotriene C4; these can cause bronchoconstriction, intestinal hypermotility. 03:21 Cytokines such as TNF, lipid mediators again - platelet activating factor, prostaglandin D2, leukotriene C4 can cause inflammation. 03:33 And finally enzymes such as tryptase can cause tissue damage. 03:38 The cationic granule proteins that are released from eosinophils can also contribute. 03:44 So it’s not only mast cells that are contributing to the pathology but also eosinophils as well. 03:49 And substances like major basic protein and eosinophil cationic protein which are normally there to kill parasites can also cause death of host cells. 04:00 And enzymes such as eosinophil peroxidase can also result in tissue damage. 04:06 If we look at the airways in chronic allergic inflammation, we can see that there are Th2 cells that migrate into the bronchial wall. 04:17 We can see that smooth muscle becomes hypertrophic, and that there is excessive mucus which reduces airflow. 04:29 Eosinophils migrate to the bronchus and into the lumen. 04:33 And enzymes damage the bronchial epithelium.

The lecture IgE, Mast Cells and Eosinophils by Peter Delves, PhD is from the course Hypersensitivity and Autoimmune Disease.

Which of the following immunoglobulins (Ig) has the lowest serum concentration?

Which of the following conditions is LEAST likely to be associated with elevated serum immunoglobulin E levels?

Which of the following cells is most likely to release cationic granules during inflammation caused by allergies?