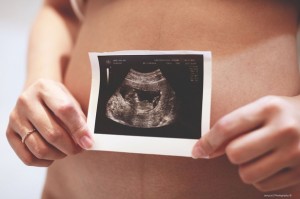 Intrapartum Care: Normal and Abnormal Labor, Fetal Heart Rate Tracing and Obstetric Anesthesia
This course is all about the first stage of labor. It begins with the onset of contractions. This stage of labor can come on gradually or all of a sudden. Labor can begin with intact amniotic fluid membranes or can start shortly after the membranes have ruptured. Topics that will be discussed include normal and abnormal labor, fetal heart tracings, and obstetrical anesthesia, which involve several treatment modalities that help relieve pain during this stage of labor.
read more
Load more
Share
Ask Questions
Take Notes
Download Slides
Report Mistake
Comments
show all Show less
My Notes
show all Show less
Learning Material 2
show all Show less
Report mistake
Transcript
0 of 0

What is the range for a normal baseline fetal heart tracing?

Which of the following describes an acceleration in the fetal heart tracing in a fetus with a gestational age greater than 32 weeks?

A 27-year-old G1P0 at 42 weeks gestational age is admitted for induction of labor. She is on Pitocin and her last cervical exam was unchanged from the one prior; 5cm/ 80% effaced/ -2 station with a category 1 fetal heart tracing and experiencing contractions every 5-6 minutes. Pitocin infusion was increased to help the progression of labor and 20 minutes later, she is having 1 contraction every minute and fetal heart tracing has a baseline of 165 with absent variability and two late deceleration over a 20-minute strip. What category is the fetal heart tracing and what is the next best step in management?

Which of the following fetal heart tracings is a category 2 tracing?

Which of the following is true of a category 3 tracing?

A 29-year-old G4P3 woman at 40 weeks gestational age was admitted to the labor ward in spontaneous active labor. Her last cervical exam was 7 cm dilation/90% effacement/-2 station with a bulging bag of water (intact membranes) and fetal heart tracing was unremarkable with a baseline heart rate of 140 beats per minute and moderate variability without any decelerations. 30 minutes later she felt a large gush of fluid with her contraction and the fetal heart tracing started displaying regular early decelerations with each contraction. How can this phenomenon be best described?

Which of the following is NOT true of a sinusoidal pattern on a fetal heart tracing?

Which of the following statements is true of tachysystole?

Thanks so much for making this complex topic clear and simple.

Thanks so much for making this complex topic clear and simple.