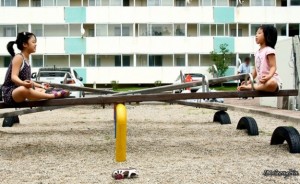 Chemical Equilibrium
Chemical reactions occur as chemical compounds form and break apart. In a closed system, an equilibrium results after a certain period of time. From this point forward, no changes in the concentration of the products and reagents can be observed anymore. In the following article, you learn which requirements are necessary for this state, what exactly characterizes this state, which meaning it has, and how one influences and uses it for certain purposes.
read more
Load more
Share
Ask Questions
Take Notes
Download Slides
Report Mistake
Comments
show all Show less
My Notes
show all Show less
Learning Material 2
show all Show less
Report mistake
Transcript
0 of 0

The lecture Equilibrium – Acid-Base Reactions by Adam Le Gresley, PhD is from the course Ionic Chemistry.

Which of the following statements is INCORRECT regarding an acidity constant?

Which of the following is NOT true regarding the factors affecting the acidity of a compound?

Why is trichloroacetic acid more acidic than acetic acid?

Which of the following correctly describes the relative acidity of acids containing chlorine atoms?

Which of the following statements is NOT true for an acid-base reaction?

Which of the following statements is NOT true regarding amphoterism?

The explanation was quite detailed without leaving the basics. Good illustrations as well.

The explanation was quite detailed without leaving the basics. Good illustrations as well.