Diseases of the Lymphatic System: Summary 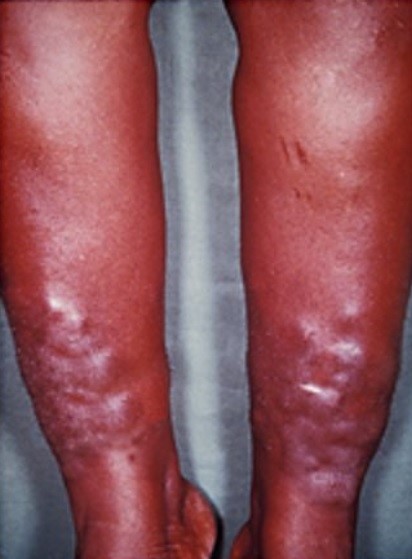 Edema
Edema is a condition in which excess serous fluid accumulates in the body cavity or interstitial space of connective tissues. Edema is a symptom observed in several medical conditions. Fluid dynamics in the body depend on body fluid compartments, fluid osmolarity, and Starling forces. Edema can be categorized into 2 types, namely, peripheral (in the extremities) and internal (in an organ or body cavity). Symptoms vary depending on location of the edema.
read more 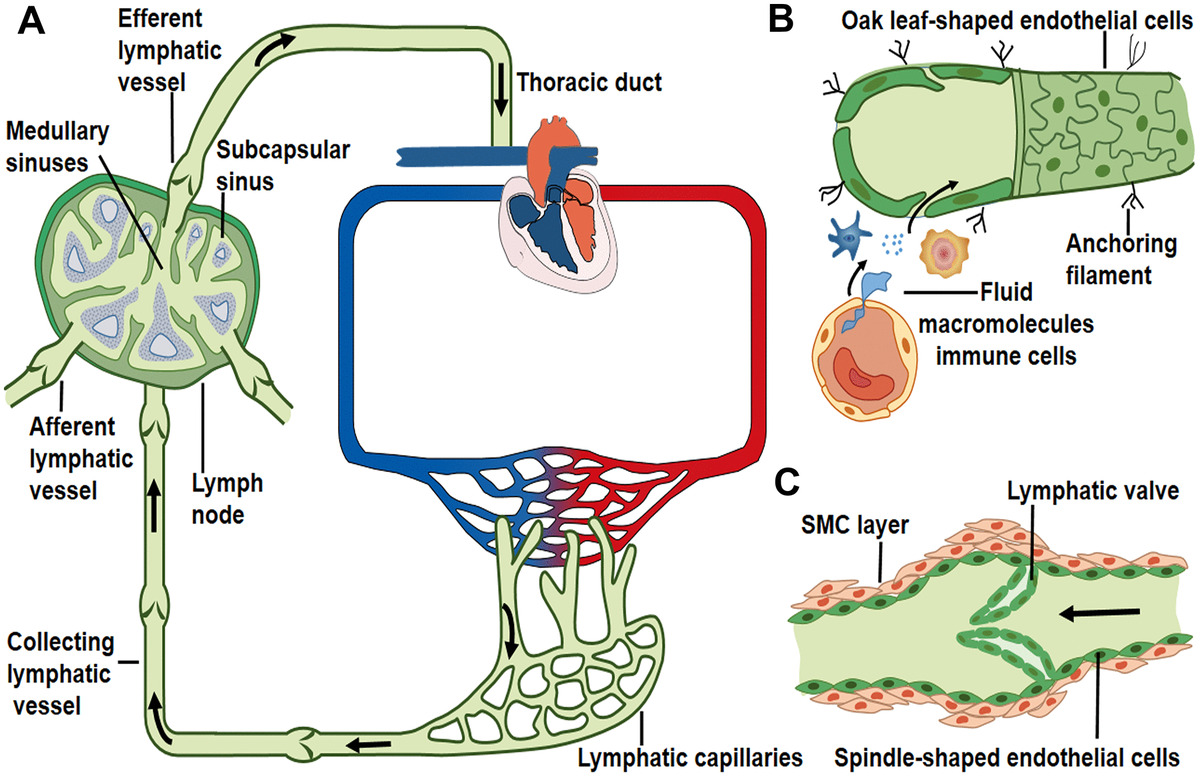 00:01 Well then, in summary, we’ve defined the lymphatic system, talked about it. It’s part of the circulatory system that brings back interstitial fluid – tissue fluid – that escapes from the capillaries and also, occasionally, brings up cell debris and bacteria. 00:18 It has a very important defence component, particularly defined as the lymph nodes that are producing lymphocytes, the spleen, the thymus, the Peyer’s patches in the intestine, a variety of areas of focal production of lymphocytes that help defend us against invasion by bacteria. 00:41 We’ve talked about the vessel system, starting with very fine vessels gradually increasing in complexity until, as ducts, they drain the lymph back in to the venous system so that it maintains the volume of the blood. 00:56 We talked a bit about malformations which are quite rare but almost always taken care of during infancy. 01:02 We’ve talked about the edema that forms sometimes from surgical interventions, such as radical mastectomy for breast cancer or as the result of medical diseases – severe liver failure, for example, from cirrhosis or severe heart failure. 01:16 And we’ve talked about destruction of the lymph vessels by parasites or by an immunological system that then results in massive edema or elephantiasis.

Which of the following is the main function of the lymphatic system?

Author of lecture Diseases of the Lymphatic System: Summary