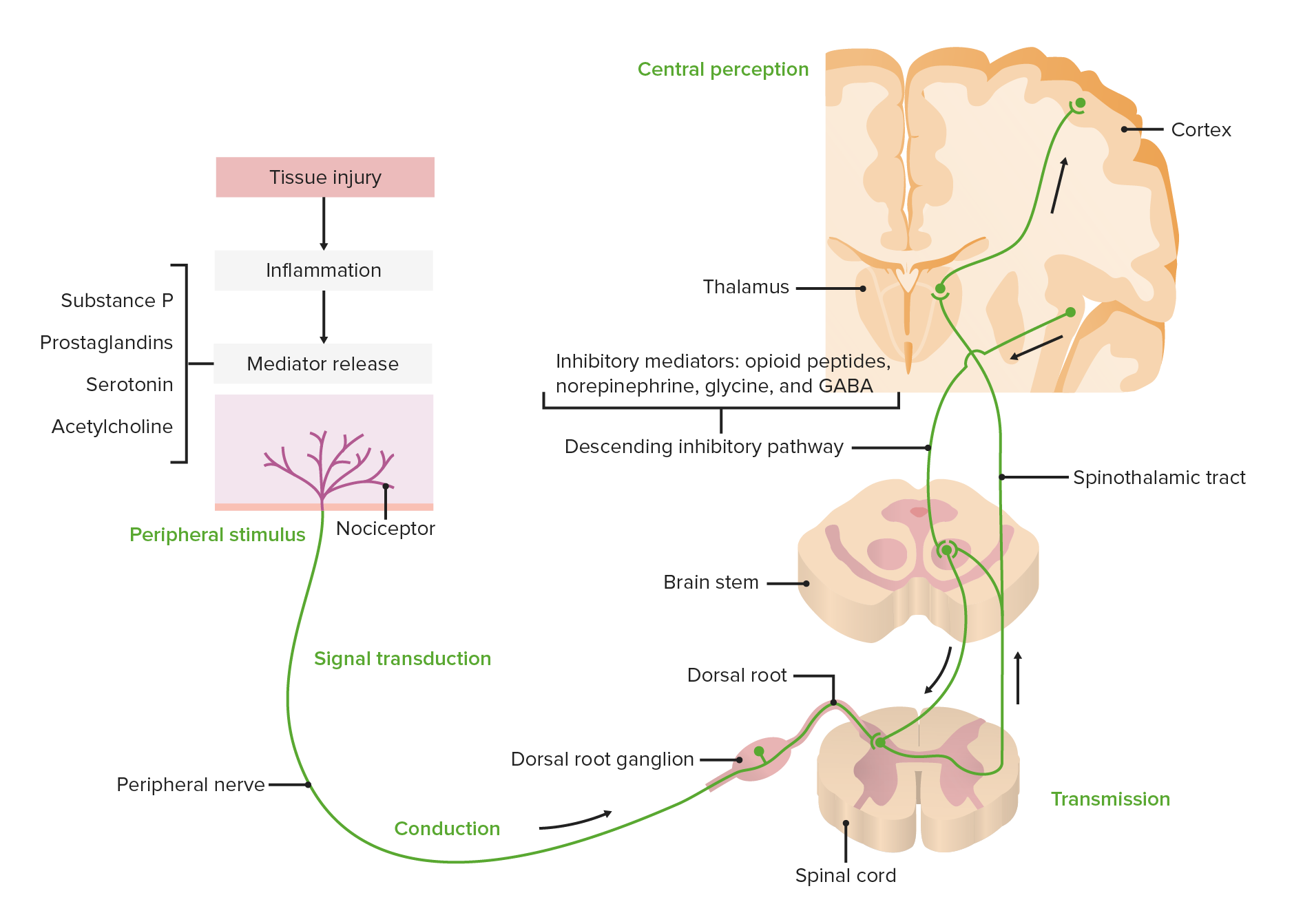 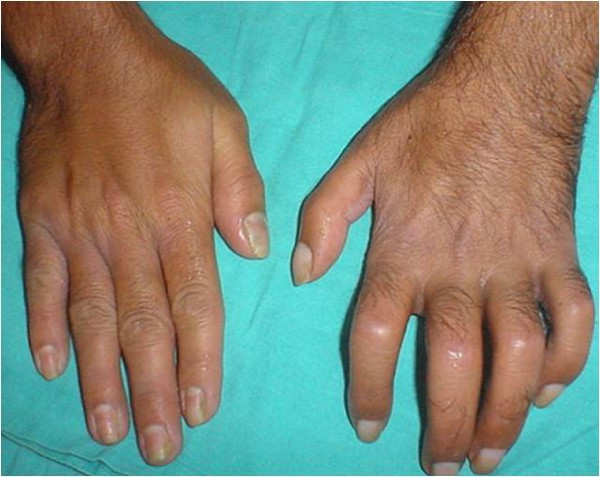 Pain Management
Pain is defined as an unpleasant sensory and emotional experience associated with actual or potential tissue damage. Pain is a subjective experience. Acute pain lasts < 3 months and typically has a specific, identifiable cause. Chronic pain lasts > 3 months and may exist in the absence of tissue damage or after healing would have been expected to occur. Pain management involves a combination of addressing underlying causes and using a systematic approach tailored to the clinical scenario.
read more
Load more
Share
Ask Questions
Take Notes
Download Slides
Report Mistake
Comments
show all Show less
My Notes
show all Show less
Learning Material 2
show all Show less
Report mistake
Transcript
0 of 0

00:00 One of the worst forms of chronic pain is Complex Regional Pain Syndromes. Complex Regional Pain Syndromes are a very confusing aspect of pain. CRPS is probably the commonest reason, other than headaches, that people see pain physicians. 00:21 CRPS is divided into two subtypes. 00:25 Type 1, where there is no known underlying peripheral nerve injury, and type 2 where there is an identifiable cause of peripheral nerve injury. 00:32 It occurs in a transitional to a chronic form. And this is one of the conditions where, if it's treated very aggressively in that what I call transitional phase, can be treated and cured. It could be initiated by very minor insults, just soft tissue injuries, usually to the periphery, more commonly on upper limbs than lower limbs, but it can occur in either. And it's caused by peripheral sensitization resulting in what's called Allodynia and Hyperalgesia. So allodynia is the condition in which barely a breath of air causes severe pain. And hyperalgesia is pain that's much more extreme than the injury seems to indicate. So Complex Regional Pain Syndromes can be associated with very minor injuries. And I'm going to tell you a story from my own life, from the life of my son, my younger son, who was driving my car one day and was T-boned by a poor, confused lady who went through a red light and smashed into my son, my son who was driving. He immediately had some mild pain in his right, left arm and he had some difficulty with his neck. 01:49 But beyond that, he really didn't have a lot of problems. We went to the hospital, he was examined, there were no severe injuries discovered. My son is a pianist. He plays the piano. And at the time this occurred, he was in university doing his degree in Piano Performance. And he needed to practice a piano anywhere from 4-8 hours a day. He discovered very quickly after this accident that he couldn't practice, that he had pain in his left wrist that not only interfered with his ability to practice the piano, but interfered with his sleep, and was starting to cause some changes in his personality that were a concern both to him and to us. We had his wrist absolutely thoroughly investigated. It was x-rayed, he had nerve studies done, he had an MRI, he had a CT scan. He went to see a hand and wrist specialist and nothing showed any acute injury, there was no fracture, there were no obvious damage, but he continued to have pain and he was unable to play the piano. We worked very aggressively on using nonprescription medications, he was not given any narcotics. And physiotherapy. 03:07 And over a year. But it took a full year. He finally recovered. That was about 10 years ago. He now plays the piano all the time. He has a very busy piano studio where he teaches students, and the pain is largely gone. It only occurs occasionally. But I think that gives you some indication of how devastating this injury is, complex regional pain syndromes, in the absence of any real damage that could be determined. He was incapacitated, he wasn't able to do what he was planning to do for the rest of his life. I'm going to tell you a second story about a young woman I was involved in the treatment of, who had a minor fracture in her wrist. 03:55 And she discovered, she developed a complex regional pain syndrome that became increasingly severe over a couple of months. And it affected her to the point where her skin changed color, it became pale, she developed edema in her hand and wrist. She develop this allodynia, you could not go near her without the pain becoming very severe. 04:19 This was a very stable, capable woman. She had a young family, she had a full time job, and she was right arm dominant. She went through a very aggressive series of treatments, right up to the point of having what's called a spinal cord stimulator inserted, which is just about the most invasive thing we can do for pain management. None of them worked. She chose to have an amputation of her dominant arm to get rid of that pain. She had a minor injury, she ultimately, two years later, ended up having her dominant arm removed. And she was thankful for it. So this gives you some idea of how severe this problem can be and how devastating it can be to an individual's life. It's often associated with extreme sensitivity, that's the allodynia I've mentioned about. But changes to the central nervous system resulting in brain adapting to the constant pain, and what's known as neuroplasticity, where the actual functioning of the brain changes somewhat to modify its response to the pain. And we simply don't know what causes this. But it's a devastating condition and it's very common.

What is the cause of complex regional pain syndrome?

Which of the following statements about complex regional pain syndrome is INCORRECT?

Which of the following correctly describes the term allodynia?

Great blend between science and art. Wonderful anecdotes in this episode. I loved the personal touch Dr Warriner used. I am inspired to become an anesthesiologist when I graduate.

Thank you so much, Dr Warriner, you are a brilliant professor!

I love that he tells us a story from his own life. Will help me remember this!

Great blend between science and art. Wonderful anecdotes in this episode. I loved the personal touch Dr Warriner used. I am inspired to become an anesthesiologist when I graduate.

Thank you so much, Dr Warriner, you are a brilliant professor!

I love that he tells us a story from his own life. Will help me remember this!