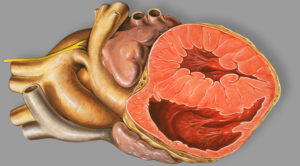 Congenital Heart Disease (CHD) — Classification and Management
Congenital heart diseases are a broad set of structural defects in the heart present since birth that manifest from the perinatal period to late adulthood. Owing to specific chromosomal and single gene disorders, patients with CHD usually have significant problems involving other organ systems. A proper history and physical examination, along with an array of investigations, usually are sufficient to reach a diagnosis. While some diseases may resolve spontaneously (fossa ovalis ASD and small muscular VSD can close on their own), most of the children with cyanotic heart disease rarely survive beyond early childhood and hence, necessitate corrective surgical interventions.
read more
Load more
Share
Ask Questions
Take Notes
Download Slides
Report Mistake
Comments
show all Show less
My Notes
show all Show less
Learning Material 2
show all Show less
Report mistake
Transcript
0 of 0

The lecture Classification – Congenital Heart Disease by Joseph Alpert, MD is from the course Cardiac Diseases.

Which one of the following diseases, causes systemic cyanosis?

Which of the following allows blood to bypass the pulmonary circulation during fetal life?

Which of the given congenital heart diseases is an outcome of obstruction to blood flow from ventricles?

I find the instruction and examples beneficial. Dr. Alpert is clear and does not complicate a difficult subject.

I find the instruction and examples beneficial. Dr. Alpert is clear and does not complicate a difficult subject.