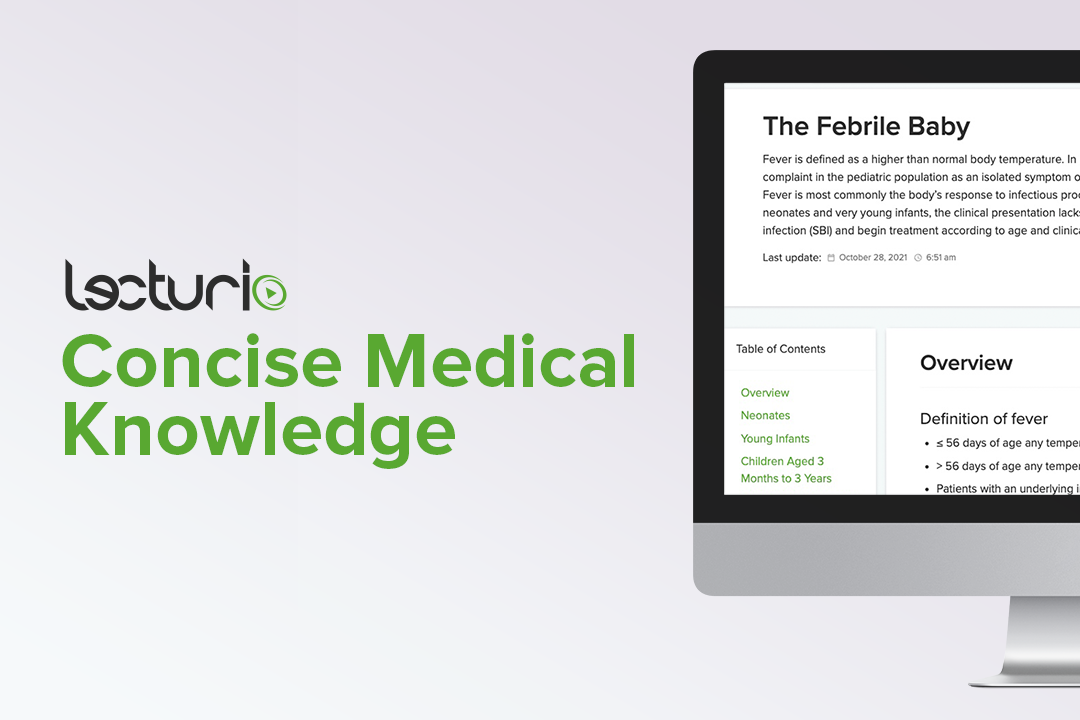 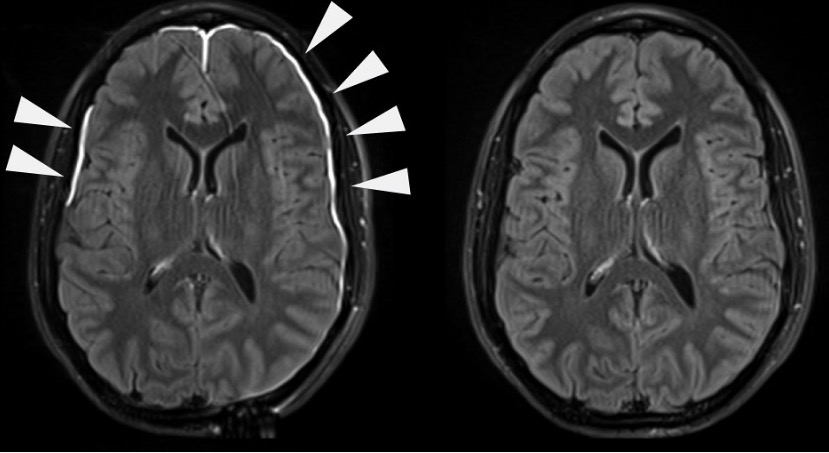 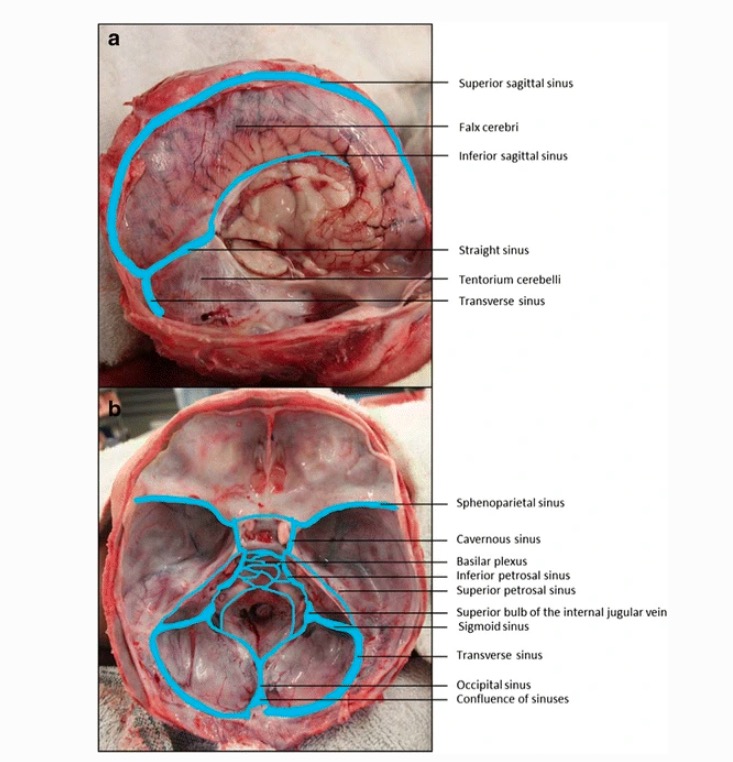 Meninges
The brain and the spinal cord are enveloped by 3 overlapping layers of connective tissue called the meninges. The layers are, from the most external layer to the most internal layer, the dura mater, arachnoid mater, and pia mater. Between these layers are 3 potential spaces called the epidural, subdural, and subarachnoid spaces. The meninges function to protect the contents of the brain and spinal cord. Infection of the CNS presents with inflammation of the meninges, and the etiology can be elicited by examining CSF, which is contained within the subarachnoid space.
read more

00:02 So, let's look at the clinical features of bacterial meningitis. 00:08 Newborns are a challenge for physicians because they do not have the classic findings that are talked about in meningitis. 00:18 For example, newborns don't have generally a stiff neck. 00:25 They may have fever, but they may have no fever or they may have a low temperature, so they have temperature instability. 00:37 Newborns with meningitis are generally listless. 00:41 They are not responsive to their surrounding. 00:45 They may have an unusual kind of high-pitched cry, which suggests a process going on in the brain. 00:53 They, as expected, would be fretful, they’re lethargic, they may not feed well, they may not feed at all, and the mothers may notice that they have a very weak suck. 01:07 So, they're generally irritable. 01:09 And, of course, all newborns are jaundiced, but newborns with meningitis may have unusually severe jaundice. 01:18 They may vomit, they may have diarrhea and respiratory distress. 01:23 So, a pediatrician evaluating a newborn has to worry about meningitis in a baby with these kind of findings, any of them. 01:32 And there's an indication to do a spinal tap and examine the cerebrospinal fluid if there's any suggestion of meningitis. 01:46 Children from age one to four are a little easier to evaluate. 01:52 More than 90% of them are going to have fever. 01:55 Eighty-plus percent will be vomiting. 01:59 And stiff neck starts to present itself after about the year of one. 02:07 So, those are the main findings in children one to four. 02:13 Older children and adults are easier to diagnose. 02:17 Virtually 100% will have fever. 02:21 Most of them have headache. 02:24 Almost all of them will have meningismus, which is the syndrome of having a stiff neck. 02:31 And this is an important point. 02:35 Patients with viral meningitis, they may complain of headache, they may have fever, they may even have a stiff neck, but they're not out of it. 02:45 Most patients with bacterial meningitis on the other hand have cerebral dysfunction. 02:50 When they are brought to a physician, and they are usually brought to the physician, they have confusion, their head doesn't work. 03:02 And the classic findings are the findings of Kernig’s and Brudzinski sign. 03:07 Now, Kernig's sign, it's often hard to remember. 03:12 It was for me when I was a student. 03:15 But the way I remember it now is K for kerning, K for doing something with the knee. 03:24 So, the patient is supine and you take the patient's leg and flex the leg like that and then extend the knee. 03:34 Now, in a patient who’s awake, extending the knee puts traction on the meninges and that causes pain going up and down the spine. 03:45 That would be a positive Kernig's sign. 03:48 Now, in a comatose patient, they can't tell you whether they have pain, but doing this maneuver and feeling resistance when you try to extend the knee is a positive Kernig's sign in a comatose patient. 04:04 Brudzinski's sign is where you have the patient lying supine and you flex the patient's neck. 04:15 And if the patient's hips involuntarily flex, they have a positive Brudzinski sign. 04:25 Cranial nerve palsies are not as frequent. 04:29 They occur in a minority of patients with bacterial meningitis, but they are an ominous sign because it usually means that there is involvement of the brainstem. 04:45 In every patient with meningitis, they need to be searched carefully, their extremities, legs, arms for a petechial rash because a petechial rash occurs primarily in meningococcal meningitis, the meningitis due to Neisseria meningitidis. 05:04 But it can occur also in other forms of meningitis, particularly pneumococcal meningitis in the presence of a splenectomy. 05:16 Seizures are, obviously, a bad sign and indicate that the meningitis is pretty far advanced as is hemiparesis.

The lecture Bacterial Meningitis: Signs/Symptoms in Newborns & Younger Children by John Fisher, MD is from the course CNS Infection—Infectious Diseases. It contains the following chapters:

A 61-year-old woman is brought to the emergency department for altered mental status which developed this morning. On exam, she is febrile (102°F) and confused. Her pupils are equal, round, regular, and reactive, but she exhibits a left VI nerve palsy. Her lungs reveal dullness to percussion and bronchial breath sounds in the right lower lung field. The heart and abdominal exam is unremarkable, but her neck is stiff and, when flexed, results in bilateral hip flexion. In addition to nuchal rigidity, what is the name of the physical finding that suggests meningeal irritation?

Of the following signs of meningitis in adults, which one is most indicative of a bacterial infection over a viral infection?