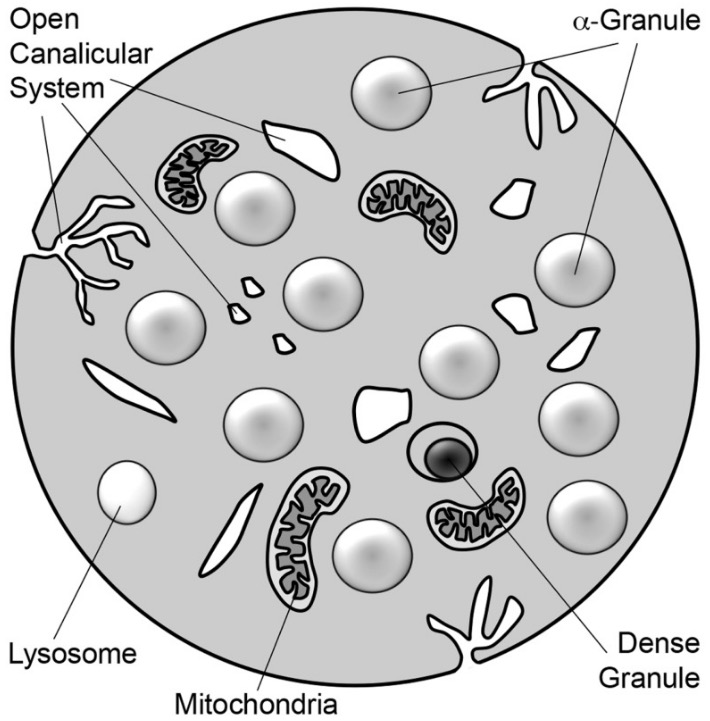 Platelets
Platelets are small cell fragments involved in hemostasis. Thrombopoiesis takes place primarily in the bone marrow through a series of cell differentiation and is influenced by several cytokines. Platelets are formed after fragmentation of the megakaryocyte cytoplasm. As a result, platelets have a diameter of 2–3 μm. Nuclei are not present; however, a variety of organelles are present and aid in different platelet functions.
read more 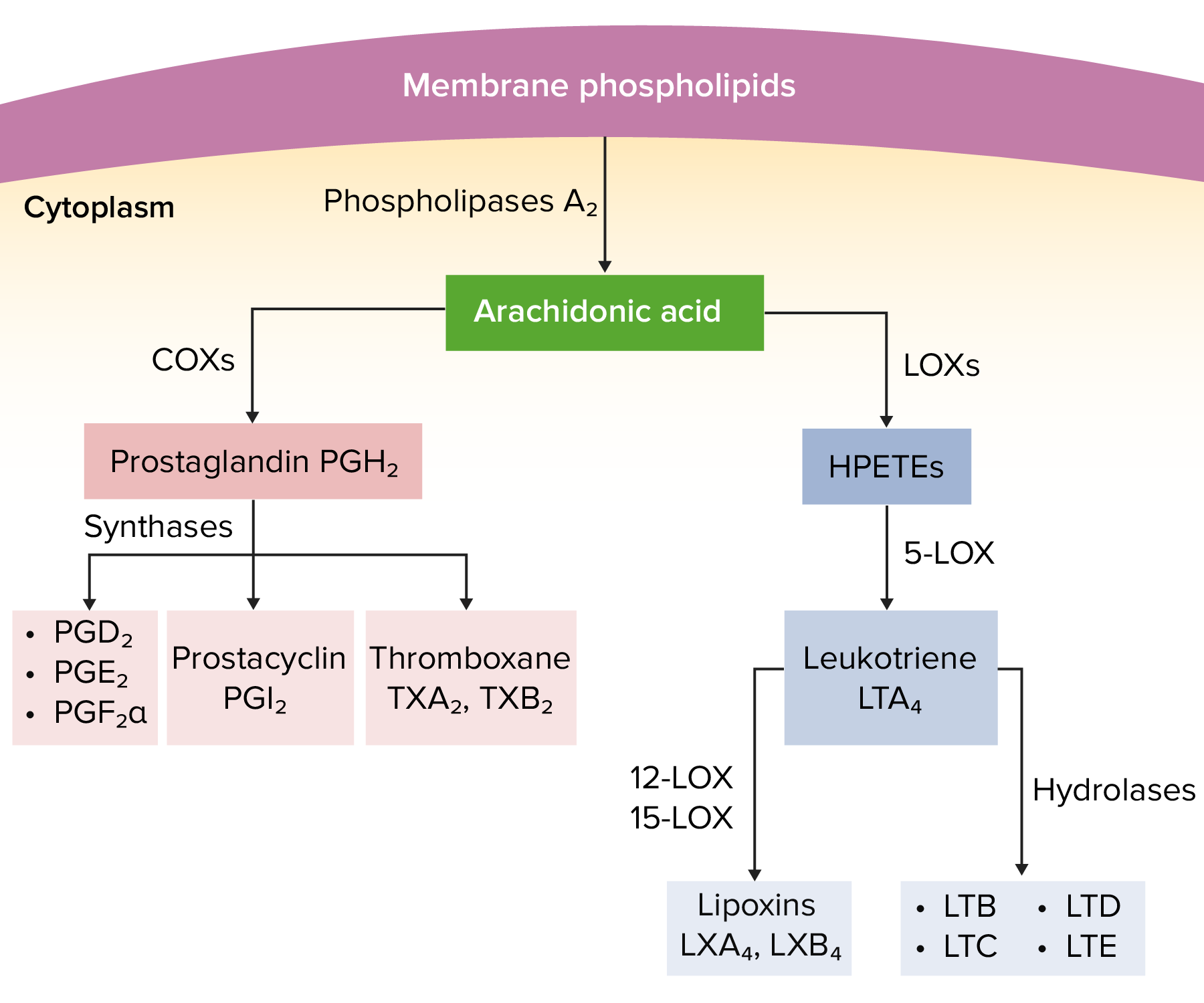 The lecture Antiplatelets by Pravin Shukle, MD is from the course Pharmacology of Blood Coagulation. It contains the following chapters:

When platelets bind damaged tissue, they release a substance responsible for augmenting platelet aggregation. What substance (along with thromboxane A2) is released?

Which anti-platelet drug is contraindicated in heart failure?

How long does the anti-platelet function of aspirin last?

Which change is likely with the administration of dipyridamole?