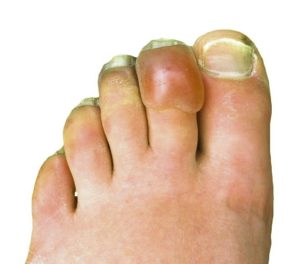 Preventing and Managing Hypothermia and Frostbite Injury
Injuries due to cold weather are common among children and athletes who are involved in exercises and sports that are usually played in extremely cold conditions. Frostbite is defined as a direct freezing injury to the peripheral tissues and occurs when the skin temperature drops below -0.5 C. Common sites of frostbite including the nose, ears, fingers, and toes. These regions of the human body are far from the body’s core and are more likely to undergo vasoconstriction if they become too cold. Hypothermia can be defined as a drop in the core body temperature below 35 C. In this article, we will discuss the prevention and management of hypothermia and frostbite injury.
read more
Load more
Share
Ask Questions
Take Notes
Download Slides
Report Mistake
Comments
show all Show less
My Notes
show all Show less
Learning Material 2
show all Show less
Report mistake
Transcript
0 of 0

The lecture Accidental Hypothermia: Symptoms by Julianna Jung, MD, FACEP is from the course Toxicologic and Environmental Emergencies. It contains the following chapters:

Which of the following risk factors for hypothermia is not due to decreased heat production?

What is the classical EKG finding in severe hypothermia?

What is the severity of hypothermia in an apathetic, shivering patient noted to have a body temperature of 35 degrees celsius?

At what severity of hypothermia will shivering cease?