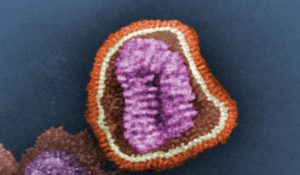 The lecture Upper Respiratory Infections: Diagnosis and Management by Charles Vega, MD is from the course Acute Care. It contains the following chapters:

Which of the following is the most appropriate in the management of a 5-year-old child with the common cold and normal sleep and oral intake?

Which of the following is most likely the main indication for antibiotic treatment in children with group A Streptococcus pharyngitis?

Which of the following symptoms is more suggestive of influenza rather than the common cold?

(1) 5,0 of 5 stars
Very helpful
By Rodrigo C. on 11. September 2019 for Upper Respiratory Infections: Diagnosis and Management

This everyday clinical cases may be the most important lesson for new doctors.

(1) 5,0 of 5 stars
Very helpful
By Rodrigo C. on 11. September 2019 for Upper Respiratory Infections: Diagnosis and Management

This everyday clinical cases may be the most important lesson for new doctors.