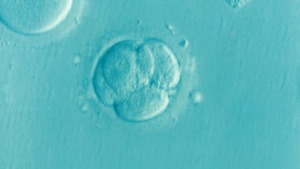 Types of Sex and Normal Sexual Differentiation
This article deals with the normal sexual development in humans. It defines the various terms used to describe gender and sex, from genetic to phenotypic sex. The genetics behind sex determination is shortly dealt with, as well as the development of the internal and external genitalia in embryonic and fetal life. The differentiation of the mesonephric and paramesonephric ducts is briefly described, and we end with a short summary of sex determination in the male and the female.
read more
Load more
Share
Ask Questions
Take Notes
Download Slides
Report Mistake
Comments
show all Show less
My Notes
show all Show less
Learning Material 2
show all Show less
Report mistake
Transcript
0 of 0

00:01 Hi. Today, we’re going to talk about female puberty milestones. First, let’s talk about the different types of sex. There are three types of sex, genetic sex, gonadal sex, and phenotypic sex. 00:15 First, let’s talk about genetic sex. Genetic sex is your XX or XY; 46, XX being female, 46, XY being male. 00:26 That sex usually and typically determines your gonadal sex. Gonads can be either ovaries or testes. 00:34 Those ovaries or testes make hormones. The hormone production during fetal development or the hormone production during puberty will determine external phenotype. 00:44 Those differences will also be seen in the brain. During fetal production of hormones, you get sexual differentiation of the external genitalia. That leads to sex assignment at birth and gender rearing. While at puberty, secondary sexual development is due to the production of hormones either from the testes or ovaries which leads to gender identity. 01:09 The genetic sex determination is made by again, XY in the male or XX in the female. 01:18 There are certain genes that are upregulated or downregulated depending on whether there is the presence of a Y. The Y chromosome encodes SRY. SRY will downregulate the genes that are important for female development, Wnt4 and Rspo1 and will upregulate Sox9, Fgf9 in the Sertoli cells. While in the female, Sox9 and Fgf9 are not present, therefore, Wnt4 and Rspo1 will be upregulated. This will lead to a female phenotype. In the gonad or in the ovaries of the female, oogenesis occurs. Oogenesis begins around the fourth week of gestational age. 02:04 Around the midgestation, around 20 weeks, you will see that oogonia, the cells that produce eggs will begin to make follicles. Those follicles will undergo a process called atresia or apoptosis or programmed cell death which will decrease the number of follicles that are present which will continue to decrease throughout the life of the female fetus. 02:29 Now, depending on whether or not you have Sertoli cells that make AMH or anti-Müllerian hormone, you will develop either paramesonephros in the female or mesonephros in the male. 02:44 We both though start out with an indifferentiated stage. In the female, paramesonephros equals the Müllerian duct. In the male, the mesonephros equals the Wolffian duct. 02:57 So normally in the female, you don’t have AMH produced by the Sertoli cells. 03:03 Therefore, you make fallopian tubes a uterus and the upper third of the vagina. 03:08 However, if you are male, you do produce AMH from the Sertoli cells. Those Sertoli cells inhibit Müllerian development or paramesonephros. In the male, you will see mesonephric ducts which lead to the epididymis, the vas deferens, and the urethra. Now, if your gonads produce testosterone or estrogen, that will make your phenotypic sex or the sex that you show with your external differentiated genitalia. In the female, the glans penis will become the clitoris. 03:44 The labioscrotal ridge will actually not fuse and there will be an introitus for the vagina. 03:51 You will have a labia minora and a labia majora. However in the male, testosterone, DHT to be specific causes the glans to become the penis. You will see that the labioscrotal swellings will become the scrotum and that there will be a fusion of the labioscrotal folds so that you have a penile raphe. 04:12 In the female fetus in the first trimester, germ cell migration occurs. You can also see that there is development of the external genitalia. The Wolffian ducts should degenerate leading then to the second trimester. There is development of a uterus and onto the vagina. 04:31 Now, let’s look at male development. In the first trimester, you see that there is germ cell migration, spermatogenic cords. There’s also Leydig cell development which will make testosterone. 04:42 There’s differentiation of the external genitalia. There’s also Wolffian duct differentiation. 04:47 Remember that the paramesonephros or the Müllerian ducts will regress. You see here in the second trimester that we have testosterone synthesis. That will cause the growth of the external genitalia and the descent of the testes from the abdomen into the scrotum. 05:05 Normally, you’ll see pediatricians will check for the descent of testes at the time of birth.

The lecture Types of Sex by Lynae Brayboy, MD is from the course Normal Puberty and Disorders of Sexual Development.

Which of the following dictates the determination of gonadal sex (testes, ovaries) in an individual?

Which of the following is TRUE regarding genetic sex determination?

Which of the following correctly describe the mechanisms involved in the formation of the male phenotype?

When does development of the follicles occur in the oogonia of a fetus?

Which of the following statements is FALSE regarding sex determination of the fetus?

Which of the following statements is TRUE regarding the development of sexual organs?

Author of lecture Types of Sex