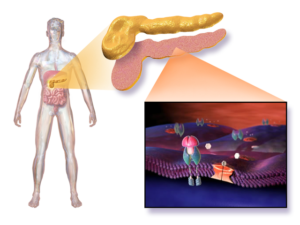 Types of Diabetes: Type 1, Type 2 and Type 3 and Gestational Diabetes
In many diseases, early diagnosis is important for slowing the progression. This also applies to diabetes mellitus. Especially with type 2 diabetes, a timely detection of symptoms may limit the severe consequential damage and help patients to further have an asymptomatic life. Therefore, medical students should have keen senses about the patients with obesity, weight loss, polydipsia and polyuria.
read more 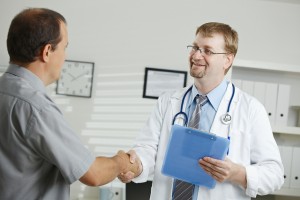 00:00 Another disorder that we now know has a genetic component has been fairly elusive for a long time, I’d say that most of my life is diabetes type 1. It has a pretty complex inheritance but definitely monozygotic concordance and dizygotic concordance that differs substantially from each other suggesting that there is indeed a genetic component. We have realized for a while that it’s an autoimmune disease and that someone who has type 1 diabetes, their beta cells become destroyed by their own immune system. But the question has been why would our own immune system do that. 00:47 What’s gone wrong? It turns out that there is a genetic component. It seems to be associated with major histocompatibility complex genes on chromosome 6. Here’s going to be a pretty complex graphic. 01:06 This one, I think you can understand. But this one, we have a lot of different things going on. 01:12 We’re really just highlighting the small region of chromosome 6. Now there is a yellow region and a blue region in here. These are both HLA class I and HLA class II respectively. 01:30 These are human leukocyte antigens. They present antigens to the lymphocytes. You can see clearly that there are a lot of genes in these two regions. By no means do you need to dig into the depths and understand what each of those are unless of course, you go on to specializing the genetics of type 1 diabetes mellitus. But clearly complex inheritance and we do know where some of the genes associated with it at least are located. Putting those pieces together, we now have one more disorder to cover. 02:11 That disorder is going to be Alzheimer's. For again, a long time, we have known that this is a fairly frequent disease of the elderly. It affects 1% to 2% of the US population. There are a number of varieties of Alzheimer’s disease. We’ll cover the details of the general presentation in the lecture on aging of the brain later on. There are three autosomal dominant forms. You can see here E4 and E3 and E2 are epsilon. Anyway, these forms that these autosomal dominant genes code for are late onset Alzheimer’s, so Alzheimer’s in an individual who is greater than 60 years old. 03:11 We know there’s a genetic component again because of the concordance values from monozygotic and dizygotic twins. Let’s take a quick look at how you’re probably familiar with the idea that plaques form in the brain. Alzheimer’s as well as neurofibrillary tangles, the key here are the plaques. 03:32 Apolipoprotein E is a component of the LDL particle classically. It is involved in clearing LDL in the liver but it’s also associated with the plaques that we see in Alzheimer’s disease. So knowing that, looking at the production of apolipoprotein E and the different phenotypes or different genotypes we can have. 04:05 This graphic shows the distribution of these different apolipoprotein E alleles and shows clearly over on the left side here that individuals that have two copies of the epsilon 4 have an earlier onset or have the earliest onset. Indeed, they do show that there's a lot of onset in later years too. 04:33 But of all the allele possibilities, we see that there’s an earlier onset with two copies of number 4. 04:41 In short, in this lecture, we’ve covered a lot of different things. I would love it if you would right now, before you move on, sit down and write down all of the genetic disorders that were covered in this lecture and what you remember about each. Maybe you want to rewind a little bit and fill in the gaps with information that you need or review the lecture later. But for now, take note of all of the different genetic disorders that we know that there could be or we know there is some sort of genetic component to and particularly note the ones that we know something about the actual genetic component. 05:24 Thanks so much for listening. I look forward to moving forward with you in the next lectures.

The lecture Type 1 Diabetes and Alzheimer's Disease by Georgina Cornwall, PhD is from the course Multifactorial Inheritance. It contains the following chapters:

Which chromosome is most commonly associated with type I diabetes mellitus?

What genetic locus is mainly associated with type I diabetes mellitus?

Which of the following lipoproteins is most closely associated with plaque formation in Alzheimer's disease?

Earlier onset of Alzheimer's disease is most ilkely associated with which of the following genotypes?