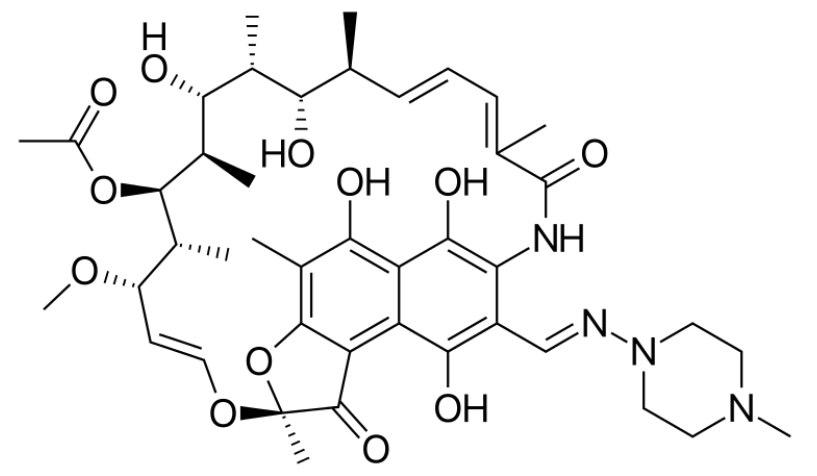 Antimycobacterial Agents
Antimycobacterial agents represent a diverse group of compounds that have activity against mycobacterial infections, including tuberculosis, leprosy and Mycobacterium avium complex (MAC) disease. The 1st-line agents for tuberculosis are rifampin, isoniazid, pyrazinamide, and ethambutol. The drugs vary in their mechanisms of action: rifampin inhibits RNA synthesis, isoniazid inhibits mycolic acid synthesis, pyrazinamide acts on membrane transport and protein synthesis, and ethambutol prevents cell wall synthesis. Monotherapy is not recommended because of the increased risk of drug resistance. Multidrug treatment takes several months and requires sputum monitoring. As for leprosy, an infection due to Mycobacterium leprae, rifampin is also used, with dapsone. The lepromatous form requires a 3rd agent (clofazimine). Pulmonary infections with MAC are managed with macrolides (azithromycin), rifampin, and ethambutol.
read more 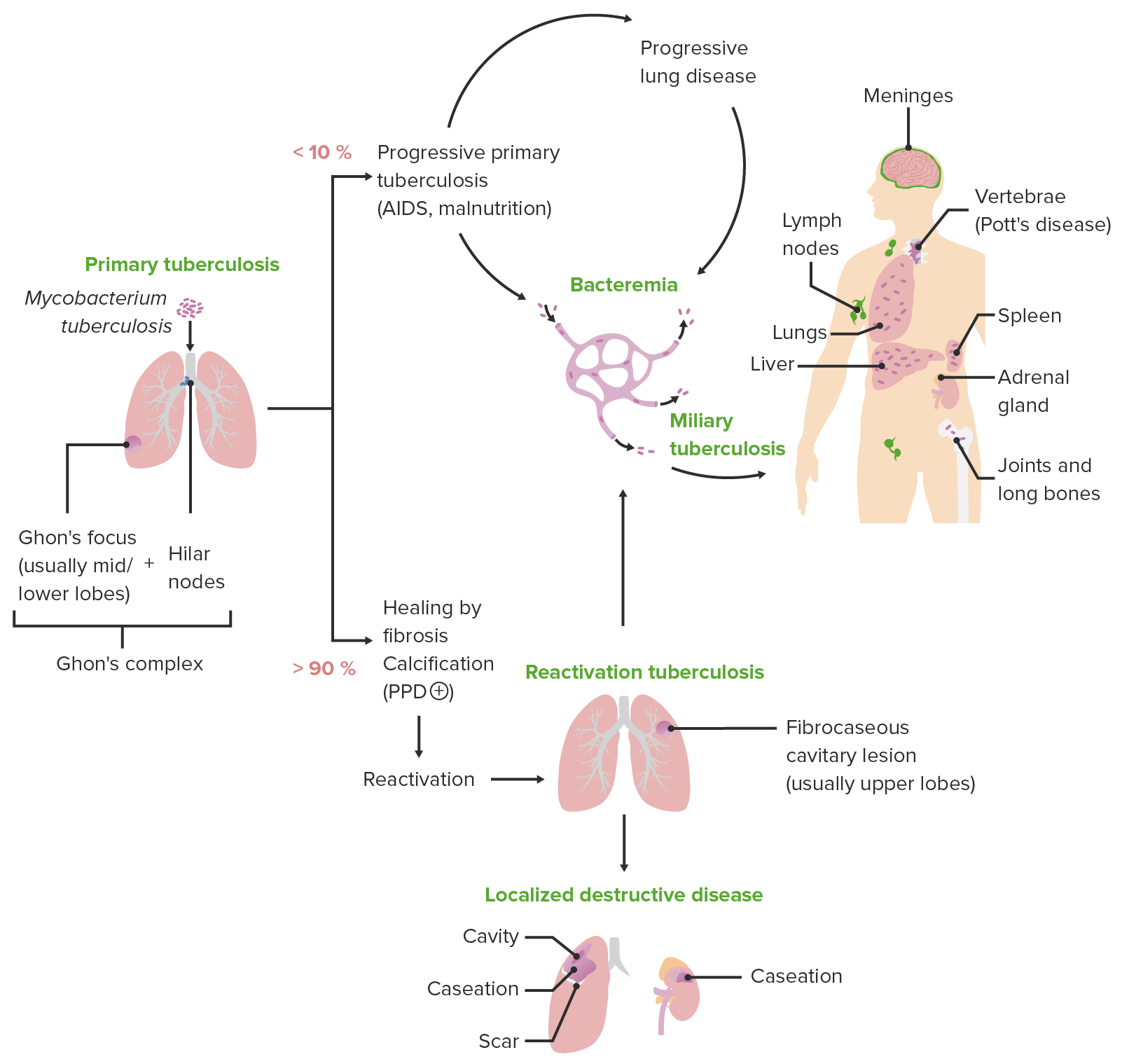 The lecture Tuberculosis (TB) in Children: Pathology & Diagnosis by Brian Alverson, MD is from the course Pediatric Infectious Diseases. It contains the following chapters:

For what patient population is a PPD induration of 7 mm considered abnormal?

Which of the following is the test of choice to confirm a true tuberculosis infection in a patient who has had a BCG vaccine and results positive on PPD?

Which of the following is considered an abnormal PPD result for a nurse working in a tuberculosis endemic area?

To diagnose a 3-year-old child with tuberculosis, what sample should be obtained and sent for culture?

I particularly liked the remarks regarding the interpretation of the PPD test.

I particularly liked the remarks regarding the interpretation of the PPD test.