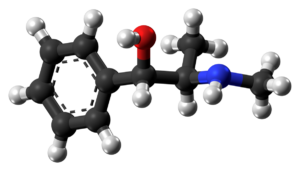 Sympathomimetic Agents – ANS Pharmacology
The sympathetic autonomous system works by the release of neurotransmitters that act on the adrenoreceptors, with their various types and subtypes. The effects produced can be mimicked by drugs that stimulate these receptors, known as sympathomimetics. Some sympathomimetics have a higher affinity for a certain receptor type or subtype while others are rather non-selective.
read more
Load more
Share
Ask Questions
Take Notes
Download Slides
Report Mistake
Comments
show all Show less
My Notes
show all Show less
Learning Material 2
show all Show less
Report mistake
Transcript
0 of 0

00:01 Let's talk about sympathetic blockers in the eye. The sympathetic blockers are used to block that fight or flight reflex. So remember sympathetic system wants to open up the iris. So blocking that ability to see in the dark blocks the dilation of the iris. And blocking the creation of intraocular pressure because it blocks the secretion of the aqueous humor or the liquid inside the eye. So timolol and levobunolol are eye drops that are used for glaucoma. It decreases the secretion of aqueous humor and the side effect is pinpoint pupil or miosis. Partial agonist activity is kind of a unique concept where the beta 1 blockers act as a blocker but those same drugs have a little bit of agonist activity on the beta 2 receptor. So this is good for the asthmatic patient. An example of that is acebutolol and labetolol. So remember that you have one heart and two lungs, right. So beta 1 is for the heart, beta 2 is for the lung because you have two lungs. 01:05 So if you block the effects of adrenaline on the heart, you slow down heart rate. If you block the effect of adrenaline on the lungs which are designed to normally breathe when you are under stimulation. If you block the beta receptors in the lung, you actually stimulate asthma. But if you are a agonist for beta 2, you will treat asthma, you will help the asthma get better so you can breathe better. That's why acebutolol and labetolol are theoretically better in asthmatic patients. 01:38 I just want to mention very quickly another beta blocker called nebivolol. This newest beta blocker has also activity on nitric oxide. So this drug is now available in the United States, recently available in Canada. It's been in Europe for about 8 years. It's an excellant drug for heart failure and it's probably the best beta blocker for the treatment of high blood pressure as well. Now finally let's talk about toxicity of these medications. One of the greatest problems that you are going to get in overdosage of beta blockers or excessive prescription doses of beta blockers is excessive bradycardia. So watch your patients for low heart rate. The heart rate drop can be so severe as to actually cause AV blockade. So you can get first, second or even third degree heart blocks. Heart failure is also a potential problem. 02:30 Those patients who have a low EF may actually have exacerbation of their heart failures symptoms when you use too much beta blockade. Another potential problem is bronchoconstriction. Not so much through the beta 1 receptor but through cross blockage of the beta 2 receptor. So just be aware that you may exarcebate asthma in patients that you have given too much medications to or if they have overdosed on them. A more complicated issue is masking the symptoms of hypoglycemia. 03:00 Diabetic patients who have drops in their sugar under 4 can have symptoms of tachycardia, tremelousness and diaphoresis. 03:10 Sometimes beta blockade will mask those symtoms so patients are not aware that their blood sugars have dropped. 03:17 And finally and probably most commonly is sexual dysfunction. I see this even at regular doses of beta blockade in a lot of my patients who are in their 50 to 60 age range. This is one of the reasons why we try not to use beta blockade as a primary treatment of high blood pressure in patients who are over the age of 50, but in patients younger than the age of 50 it's usually okay because it does'nt cause a lot of problems. Okay, so there you have it. This is the overview of the sympathetic system and a little bit of information on beta blockade. We're going to be covering other areas of autonomic function in the next lectures. Keep in mind that we are going to have questions at the end of the last of the lectures. Thanks very much.

The lecture Sympathetic Blockers by Pravin Shukle, MD is from the course ANS - Pharmacology.

Which of the following is NOT a common side effect/toxicity related to beta blockers?

Which beta blocker also has activity on nitric oxide?

Why are beta blockers such as acebutolol and labetolol potentially safer for asthmatic patients?

Love you sir amazing is really good way of teaching..

Love you sir amazing is really good way of teaching..