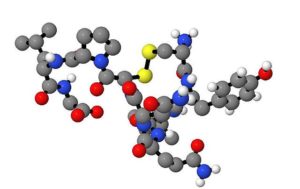 SIADH (Syndrome of Inappropriate Antidiuretic Hormone Secretion) in Children — Signs and Symptoms
SIADH is characterized by hyponatremia, serum hypoosmolality and increased urine osmolarity. SIADH is a disease characterized by a decrease of the amount of volume expansion as a consequence of excess renal water reabsorption through excess of antidiuretic hormone secretion.  The symptoms of SIADH are mainly due to the effect of hyponatremia on the brain. The diagnosis of SIADH is dependent on the exclusion of other causes of hyponatremia, the confirmation of hyponatremia and the documentation of hypoosmolality. Fluid restriction is the first line therapy for SIADH, followed by an increased solute intake in refractory cases. Loop diuretics might be indicated in patients who do not respond to these measures.
read more
Load more
Share
Ask Questions
Take Notes
Download Slides
Report Mistake
Comments
show all Show less
My Notes
show all Show less
Learning Material 2
show all Show less
Report mistake
Transcript
0 of 0

The lecture SIADH (Syndrome of Inappropriate Antidiuretic Hormone Secretion) in Children by Brian Alverson, MD is from the course Pediatric Endocrinology. It contains the following chapters:

A patient has been gradually getting sicker over the past several weeks. Serum sodium level is found to be 185 mEq/L. The doctor rapidly corrects it to 140 (normal). What is a potential complication this patient may suffer?

Which of the following is not commonly associated with SIADH?

Which of the following plays a major role in patients developing symptoms of hyponatremia namely, lethargy, confusion, and seizures?

Which of the following lab findings is most consistent with SIADH?

What is the mechanism of development of Cerebral edema when serum sodium is rapidly corrected in a patient with chronic hypernatremia due to Diabetes insipidus?

What will happen if we correct the sodium rapidly in a patient with chronic hyponatremia due to SIADH?