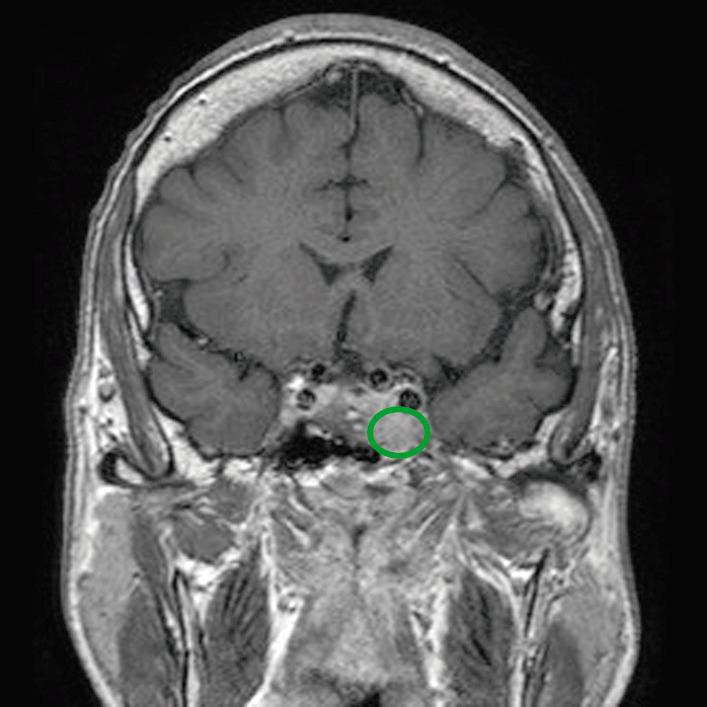 Pituitary Adenomas
Pituitary adenomas are tumors that develop within the anterior lobe of the pituitary gland. They are classified by size (either micro- or macroadenomas) and by their ability to secrete hormones. Non-functioning or non-secretory adenomas do not secrete hormones but can compress surrounding pituitary tissue, leading to hypopituitarism. Secretory adenomas secrete various hormones depending on the cell type from which they evolved, leading to hyperpituitarism.
read more

Hypopituitarism
Hypopituitarism is a condition characterized by pituitary hormone deficiency. This condition primarily results from a disease of the pituitary gland, but it may arise from hypothalamic dysfunction. Pituitary tumors are one of the most common causes. The majority of cases affect the anterior pituitary lobe (adenohypophysis), which accounts for 80% of the gland. The hormones produced from this lobe are growth hormone, follicle-stimulating hormone, luteinizing hormone, thyroid-stimulating hormone (TSH), adrenocorticotropic hormone, and prolactin. When the posterior lobe (neurohypophysis) is also damaged, loss of antidiuretic hormone and oxytocin occurs. All of these hormones regulate the activities of different organs, and thus the effects of pituitary hypofunction are multisystemic. The diagnosis is made through a combination of clinical findings, hormone levels, provocation tests, and brain imaging. Treatment is hormone replacement and addressing the etiology.
read more
Load more
Share
Ask Questions
Take Notes
Download Slides
Report Mistake
Comments
show all Show less
My Notes
show all Show less
Learning Material 2
show all Show less
Report mistake
Transcript
0 of 0

The lecture Pituitary Sellar Masses by Carlo Raj, MD is from the course Pituitary Gland Disorders.

Which pathology is the most common cause of visual impairment in patients with sellar masses?

Which of the following conditions is the most common cause of renal stones in patients with multiple endocrine neoplasia type 1?

Which of the following is NOT associated with a pituitary adenoma?

Which of the following mechanisms leads to increased prolactin secretion following compression of the pituitary infundibulum?