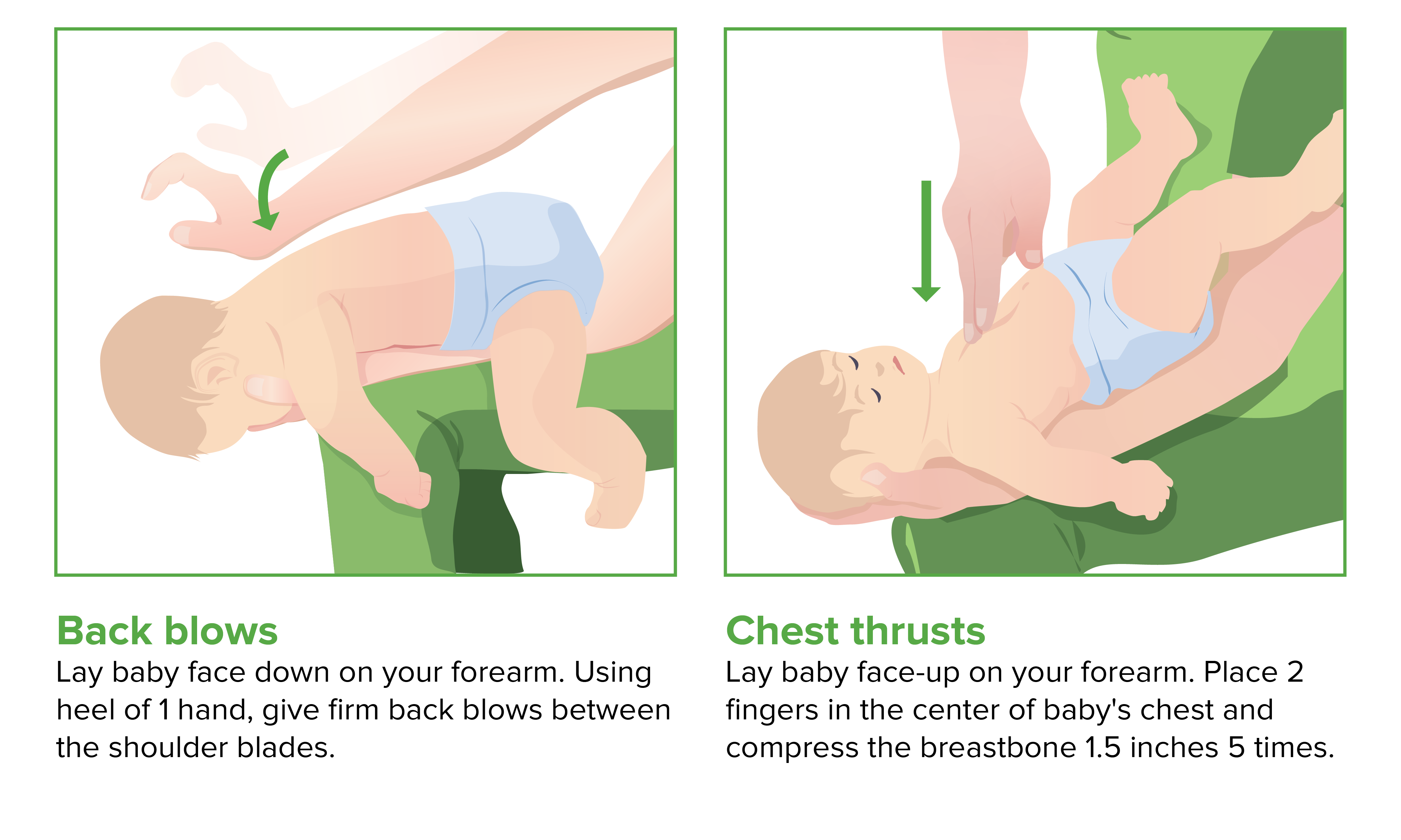 00:01 Once you start CPR, you wanna really make it count. 00:04 Because patients are much more likely to survive if you perform high quality CPR than if you perform poor quality CPR. 00:12 And there are five major determinants of CPR quality which we're gonna discuss in some detail. 00:17 The first is the rate of compressions. 00:19 100 to 120 is the rate that every rescuer should be aiming for. 00:24 Two, is adequate compression depth. 00:27 We wanna go about two to 2.5 inches or 5 to 6 centimeters. 00:31 Three, is continuity. 00:34 You should be performing CPR for a minimum of 80% of your total resuscitation time if not more. 00:38 for a minimum of 80% of your total resuscitation time if not more. 00:41 Fourth, is chest wall recoil. 00:45 That’s diastole in cardiac arrest and that’s what allows the heart to refill so we wanna make sure that we allow the chest to recoil so the heart can fill normally making each compression count. 00:56 And last, is hyperventilation. 00:59 Hyperinflating the lungs, decreases cardiac output and is another variable that produces adverse outcomes in cardiac arrest. 01:09 So, let’s start with compression rate. 01:11 There have been a number of studies looking at rate and this is one example. 01:15 In this study they looked at the mean rate of chest compressions among a large sample of cardiac arrest patients and they found that the patients who had compressions at a rate of roughly a 100 to 120 had the highest probability of ROSC which stands for return of spontaneous circulation. 01:35 And they also have the highest probability of survival to hospital discharge or having a longer term positive outcome. 01:43 So a 100 to 120 is the rate you wanna go for and there's actual science showing us that patients are more likely to survive when we use that rate. 01:53 Compression depth, we have a similar study looking at depth as an isolated variable. 01:58 Again, for patients getting return of spontaneous circulation back, the optimal compression depth was just under 5 cm. 02:07 And same thing for survival to hospital discharge, the optimal compression depth was just a little bit over 5 cm. 02:17 And what they found in general is that any compression depth over about 4 cm or 38 mm produce an odds ratio of 1.91 of survival to hospital discharge. 02:28 Meaning, that if you have compressions of greater than 38 mm across the board, you're twice as likely to survive. 02:35 So it's a really important variable and a really easy one to optimize. 02:39 This graph is about chest compression fraction. 02:42 So in this study they look at the percentage of time in the overall cardiac arrest that the patient had active chest compressions being performed. 02:52 And they stratified according to the percentage. 02:55 So 0 to 20, 20 to 40, 40 to 60, etc. 02:59 And they found not surprisingly, a linear increase in the likelihood of return of spontaneous circulation as the chest compression fraction increase. 03:08 So if you spend more time during the code performing CPR you're gonna to get a better outcome and a higher probability of survival. 03:16 This is the same data, but this is actually a survival curve rather than the group stratified data and once again chest compression fraction of 0.8, 0.9 or 80% to 90% at the time produce the highest likelihood of return of spontaneous circulation. 03:33 In another study looking at chest compression fraction, the outcomes were a little bit different. 03:38 In this study, they found that actually a 60 to 80% chest compression fraction produce the highest odds ratio of survival to hospital discharge and that’s what the current guideline recommends. 03:51 So you wanna be at a minimum of 60% ideally closer to the 80% range for your chest compression fraction. 03:58 The 2020 American Heart Association guidelines currently recommend a chest compression fracture of greater than 80% throughout the resuscitation. 04:06 The bottom-line though, is you're clearly never gonna know numerically what your fraction is during the course of a resuscitation. 04:13 You just wanna make sure that your CPR is as continuous and as uninterrupted as you can possibly make it. 04:20 So chest wall recoil is a physiologically important variable but there's actually no human studies on it that demonstrate improved survival because it’s a kind of a difficult phenomenon to study. 04:32 But basically the idea is if you lean on the chest in between compressions, you're gonna increase the patient’s intrathoracic pressure, right? You're smashing down on the chest so that's gonna raise the intrathoracic pressure. 04:44 Well, we all know that positive pressure ventilation also raises the intrathoracic pressure. 04:51 So if you cram more air into the lungs you're gonna raise the thoracic pressure. 04:56 And the bottom-line, what brings blood back into the heart during diastole? It's negative intrathoracic pressure, right? It's that negative pressure gradient that pulls blood from the periphery back up to the heart. 05:09 So if you raise the intrathoracic pressure and make it not negative, you're gonna prevent the heart from filling and you're gonna decrease your cardiac output by decreasing your stroke volume. 05:21 The ultimate effect? Again, is gonna be impaired cardiac output and that means less blood flow to the heart itself, less blood flow to the brain, and less likelihood of spontaneous circulation. 05:32 So bottom-line, high-quality CPR is what you need to do to optimize your chances of survival and the determinants once again are: push hard, 5 to 6 cm; push fast, a 100 to 120 compressions per minute; keep it going, you wanna make sure your chest compression fraction is a minimum of 80% if not more during the course of the arrest and avoid hyperventilation and chest wall leaning. 05:59 If you do those five things, you're going to increase your patient's odds of survival.

The lecture High-quality CPR by Julianna Jung, MD, FACEP is from the course Cardiovascular Emergencies and Shock.

Which of the following is NOT an element of high-quality CPR?

Which of the following statements is TRUE?

Which of the following statements regarding chest compressions in high-quality CPR is FALSE?

I like the pertinent information she gives us to solve a life.

I like the pertinent information she gives us to solve a life.