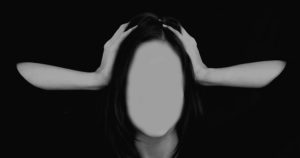 Psychosis, Delusions and Hallucinations — Causes and Symptoms
An individual suffering from psychosis loses the contact with reality. A psychotic individual may experience delusions, hallucinations and illusions. Delusions are unshakable false beliefs held by an individual despite being presented with rational and logical arguments and evidence to support the contrary. Hallucinations are deceptions in perceptions that occur in the absence of an external stimulus. Illusions are deceptions in perceptions that occur in the presence of an external stimulus, these perceptions are distorted by the individual's ideas. In this article, we will study in detail about the various types of delusions, hallucinations and illusions.
read more
Load more
Share
Ask Questions
Take Notes
Download Slides
Report Mistake
Comments
show all Show less
My Notes
show all Show less
Learning Material 2
show all Show less
Report mistake
Transcript
0 of 0

00:01 We’re going to talk about psychosis, delusions, and hallucinations now. 00:05 Otherwise known as the symptoms all under the spectrum of disorders that are known as psychotic disorders. 00:11 Let’s start with psychosis and let’s define it. 00:16 Psychosis is a break from reality. 00:19 It involves delusions, perceptual disturbances and also disorganized thinking. 00:28 What are delusions? Well, these are fixed, false beliefs that cannot be altered by rational arguments and cannot be accounted for by the cultural background of the individual. 00:42 There are several delusions. 00:44 We’re going to go through them one by one and I’m going to give you some case examples from my own experiences as a psychiatrist. 00:51 So one delusion is paranoid thinking. 00:54 This is an irrational belief that one is being followed, tracked, or somehow targeted. 01:01 Here’s an example. 01:02 A patient thinks, “The FBI is tracking me and they’re stalking my house.” Another common type of delusion is an idea of reference. 01:12 This is a belief that some event is uniquely related to an individual. 01:18 So consider the patient who says, “Newscasters are directly reporting about me.” This patient believes when they watch TV that people are actually talking about themselves. 01:31 Another delusion is thought broadcasting. 01:33 This is the belief that one’s thoughts can be heard audibly by other people. 01:39 So a patient may say, “I can hear everything you think without you even saying a word.” Another delusion is a delusion of grandeur. 01:50 This is the belief that one has special powers beyond of those of a normal person. 01:57 So consider the person who says, “I am the smartest person alive. 02:01 I should be president and king of the world.” That would be a delusion of grandeur. 02:07 Delusions of guilt are also common. 02:09 It’s a false belief that one is guilty or responsible for something. 02:15 So consider a patient who says, “I am solely responsible for my aunt’s failing health.” When in fact we know it has nothing to do with that patient. 02:27 Persecutory delusions are also quite common. 02:30 This is the belief that one is being followed or harassed by gangs or other people. 02:36 So a patient may say, “My classmates are all ganging up on me because I have different opinions and therefore they want to hurt me.” Erotomanic delusions are the belief that a famous movie star or someone with a higher stature is in love with that individual. 02:58 A patient may say, “I am convinced that some famous person who loves me.” And somatic delusions are the belief that the body is somehow diseased. 03:11 So consider the case example of a patient saying, “My scalp itches and therefore, I must have incurable head lice.” When in fact there is no obvious explanation for their scalp itching and the doctor has ruled out that they have lice. 03:28 Now, let’s consider hallucinations, another type of a psychotic symptom. 03:34 What exactly are hallucinations? These are perceived senses that are not based in reality. 03:43 It’s different from an illusion, which is a misinterpretation of an existing sensory stimuli. 03:50 So consider this, you’re driving along in your car on a hot day and you perceive a body of water in front of you. 03:58 That would be an illusion. 03:59 It’s not really there, but external reality is giving you the impression that it might be there. 04:05 Hallucinations are different. 04:06 There are actually a lot different types of hallucinations. 04:09 So let’s start with auditory hallucinations. 04:13 In other words, hearing voices. 04:17 Auditory hallucinations are most commonly seen in patients with schizophrenia. 04:23 And there are a lot of different types of auditory hallucinations. 04:28 And it’s really important that with your patient, you not only find out if they’re hearing voices, but you dig deeper and ask more about them. 04:36 So there could be a command voice that they’re hearing. 04:39 This is extremely important because that voice might be telling the patient to hurt themselves or others, something that you need to screen for. 04:48 They may be hearing a running commentary. 04:50 This is important because running commentary voices are very distressing to individuals. 04:56 So this means that a person is hearing something, basically recounting their every move, motion and thought. 05:04 It can be very distressing and upsetting in real time for a patient. 05:09 And then a person may hear one or maybe several voices talking at one time. 05:14 The person who’s hearing several voices at once again is going to be more likely to be disturbed and distressed and they may have a more severe form of a psychotic disorder. 05:25 Visual hallucinations, otherwise known as seeing things, can also occur. 05:31 Visual allocations are often seen in an illness called Lewy body dementia and also in drug intoxication, something very important to keep in mind when you’re making your differential diagnosis of the patient presenting with a visual hallucination. 05:48 Olfactory hallucinations are when people smell things. 05:53 Can you think of a disorder which often presents as an individual telling you that they smell something funny, maybe something burning? Well, olfactory hallucinations are often seen in seizure disorder or they’re otherwise known as an aura during epilepsy, something very important to keep in mind. 06:15 And tactile hallucinations are when an individual feels something. 06:19 And when you have a patient complaining of this, you really want to keep in mind that this could be secondary to drug abuse or alcohol withdrawal. 06:28 That summarizes some of the psychotic symptoms that you may be presented with. 06:34 Things like delusions and hallucinations. 06:37 It’s important to keep in mind the different types of these disorders and always remember to dig a little bit deeper to get more of a story from your patient behind what they’re actually experiencing.

The lecture Psychosis, Delusions and Hallucinations by Helen Farrell, MD is from the course Major Psychiatric Disorders. It contains the following chapters:

Regarding delusions, which of the following terms best defines the "belief that some event is uniquely related to him/her is"?

Mr. Smith irrationally fears that he is being followed by the FBI. Which of the following types of Delusional disorder does Mr. Smith have?

Which type of hallucination is experienced by patients with Lewy body dementia?

(1) 5,0 of 5 stars
Clear Definitions
By Taylor T. on 10. December 2019 for Psychosis, Delusions and Hallucinations

Very clearly defines terms with great clinical examples (delusion, hallucination, illusion). I feel like most people talk about these terms and assume most people can tell the difference even though they are very similar. It was nice to sit down and actually learn the major differences.

(1) 5,0 of 5 stars
Clear Definitions
By Taylor T. on 10. December 2019 for Psychosis, Delusions and Hallucinations

Very clearly defines terms with great clinical examples (delusion, hallucination, illusion). I feel like most people talk about these terms and assume most people can tell the difference even though they are very similar. It was nice to sit down and actually learn the major differences.