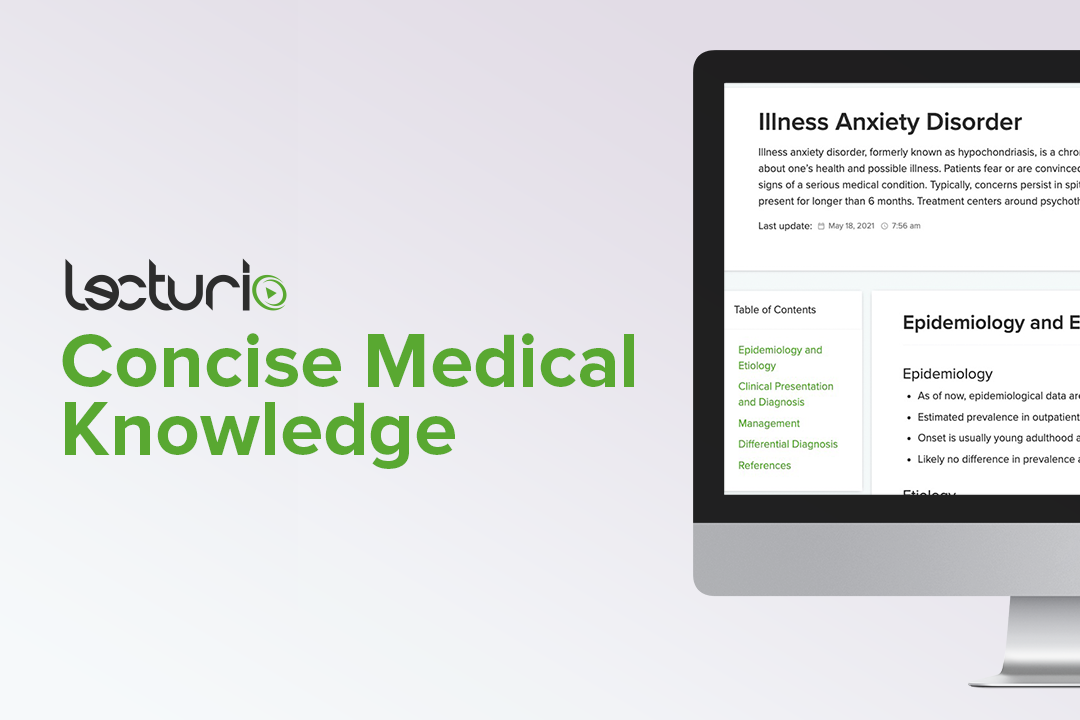 Illness Anxiety Disorder
Illness anxiety disorder, formerly known as hypochondriasis, is a chronic condition characterized by a prolonged and exaggerated concern about one’s health and possible illness. Patients fear or are convinced that they have a disease and interpret minor or normal bodily symptoms as signs of a serious medical condition. Typically, concerns persist in spite of negative exam findings. To make the diagnosis, symptoms must be present for longer than 6 months. Treatment centers around psychotherapy, with a strong patient–physician relationship and regular visits.
read more 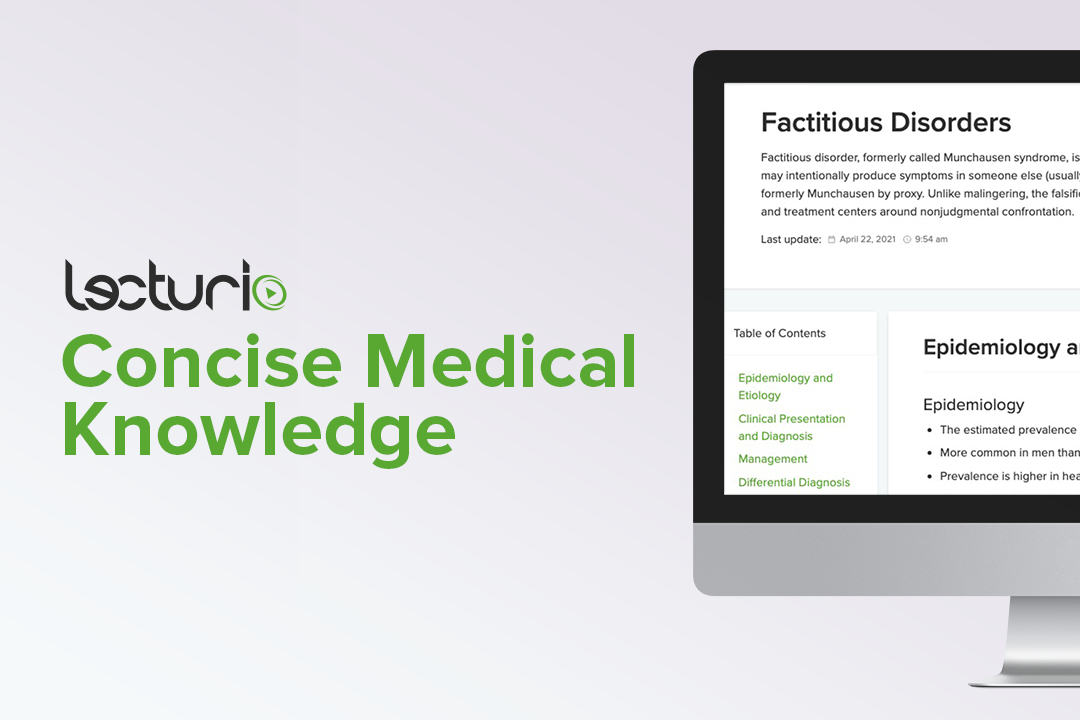 Factitious Disorders
Factitious disorder, formerly called Munchausen syndrome, is the intentional falsification of symptoms in order to assume the role of a sick person. Patients may intentionally produce symptoms in someone else (usually a child or elderly patient), which is known as factitious disorder imposed on another (formerly, Munchausen by proxy). Unlike malingering, the falsification of symptoms is not associated with an external reward. Diagnosis is clinical, and treatment centers around nonjudgmental confrontation.
read more 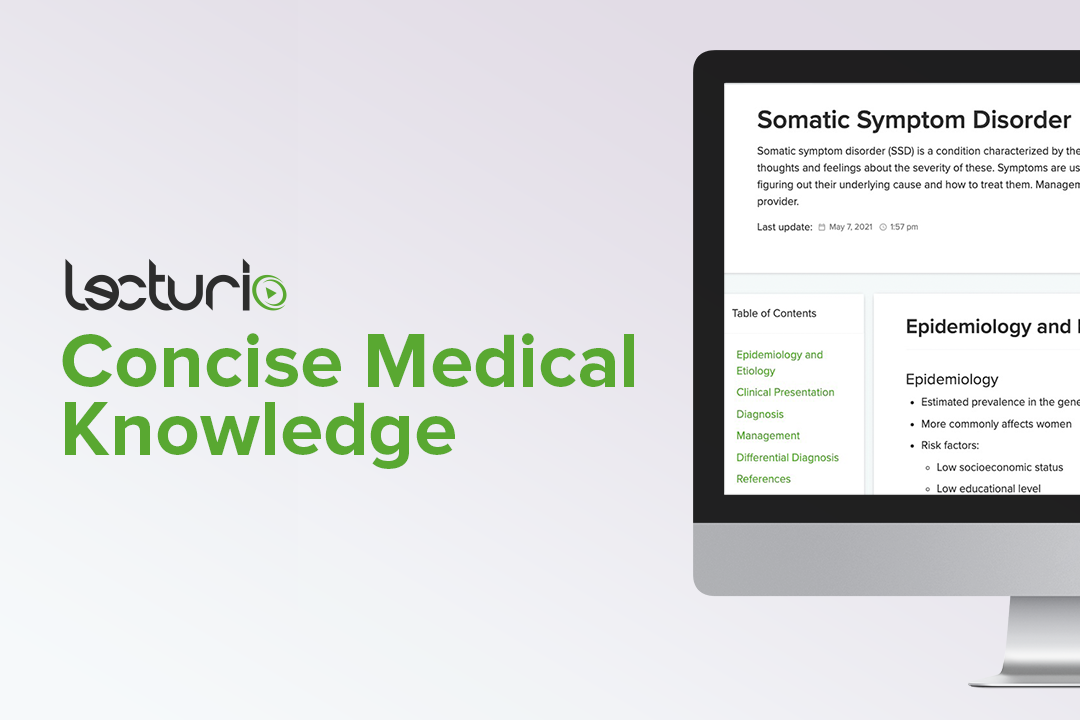 The lecture Psychological Factors Affecting Other Medical Conditions by Helen Farrell, MD is from the course Dissociative Disorders. It contains the following chapters:

What is a factitious disorder?

Which of the following statements regarding factitious disorder is FALSE?

Which of the following statements regarding the management of a somatization or somatic symptom disorder is FALSE?

Which of the following statements about hypochondriasis is FALSE?