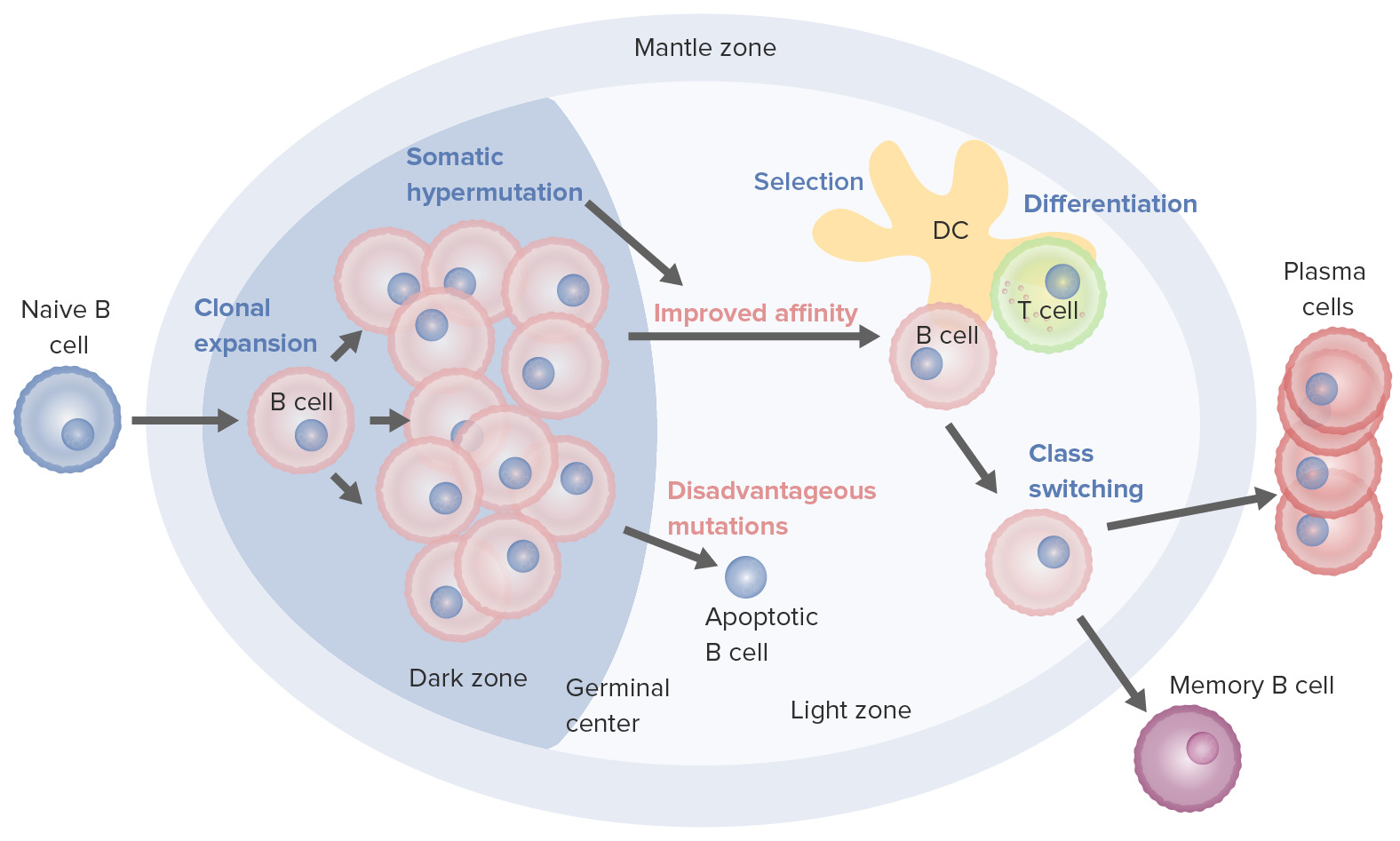 B Cells
B lymphocytes, also known as B cells, are important components of the adaptive immune system. In the bone marrow, the hematopoietic stem cells go through a series of steps to become mature naive B cells. The cells migrate to secondary lymphoid organs for activation and further maturation. The process entails antigen stimulation, with or without the help of T cells. The T-cell–independent activation generates a short-lived immune response (via plasma cells), and this is seen with antigens such as bacterial lipopolysaccharides. T-cell–dependent activation, on the other hand, produces both plasma cells and memory cells. Activated B cells then proliferate in the germinal centers, but not all become effector B cells. Through somatic hypermutation, B cells undergo additional mechanisms to increase the affinity of the antibody to the antigen. Only those with high-affinity B-cell receptors subsequently advance for terminal differentiation. B cells then go through class switching (from IgM to another class of Ig) under the influence of cytokines. After class switching, the B cells become plasma cells (which produce antibodies) or memory cells (which mount a robust secondary immune response).
read more
Load more
Share
Ask Questions
Take Notes
Download Slides
Report Mistake
Comments
show all Show less
My Notes
show all Show less
Learning Material 2
show all Show less
Report mistake
Transcript
0 of 0

The lecture Preparation of Antibodies by Peter Delves, PhD is from the course Immunodiagnostics. It contains the following chapters:

Which of the following best describes the hybridoma method?

A hybridoma results from the fusion of which of the following types of cells?

Which of the following is an important application of phage display?

Which of the following statements regarding phage display is MOST ACCURATE?

Author of lecture Preparation of Antibodies