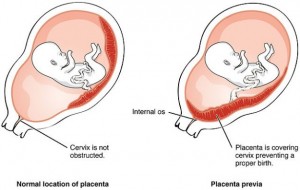 Premature Placenta Detachment and Placenta Praevia
In the context of precocious pregnancy, flawed implantation of the placenta is possible. This can remain asymptomatic in the beginning. However, bleeding mostly occurs during the end stages of pregnancy. Also, vaginal bleeding can be the cause of premature placenta detachment. This bleeding is life threatening to both the mother and child, and is very painful. In the following article, the clinical picture of premature placenta detachment and placenta praevia are further explained together with their differential diagnosis.
read more 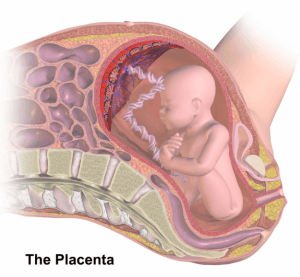 Placenta – Functions and Insufficiency
During pregnancy, the placenta develops and adapts to the needs of the child. The placenta fulfils numerous tasks, but mainly serves the child’s oxygen and nutrients supply. Due to various causes, a malfunction is possible, whereby the child is under-supplied and can no longer grow properly. Early diagnosis with therapeutic measures is therefore important.
read more
Load more
Share
Ask Questions
Take Notes
Download Slides
Report Mistake
Comments
show all Show less
My Notes
show all Show less
Learning Material 2
show all Show less
Report mistake
Transcript
0 of 0

The lecture Placental Abnormalities by Carlo Raj, MD is from the course Pregnancy Complications.

What term is used to describe a placenta that has invaded into the myometrium?

Which of the following is NOT associated with placenta accreta?

What is placenta previa?

What must occur for chorioamnionitis to develop?