Hypopituitarism
Hypopituitarism is a condition characterized by pituitary hormone deficiency. This condition primarily results from a disease of the pituitary gland, but it may arise from hypothalamic dysfunction. Pituitary tumors are one of the most common causes. The majority of cases affect the anterior pituitary lobe (adenohypophysis), which accounts for 80% of the gland. The hormones produced from this lobe are growth hormone, follicle-stimulating hormone, luteinizing hormone, thyroid-stimulating hormone (TSH), adrenocorticotropic hormone, and prolactin. When the posterior lobe (neurohypophysis) is also damaged, loss of antidiuretic hormone and oxytocin occurs. All of these hormones regulate the activities of different organs, and thus the effects of pituitary hypofunction are multisystemic. The diagnosis is made through a combination of clinical findings, hormone levels, provocation tests, and brain imaging. Treatment is hormone replacement and addressing the etiology.
read more 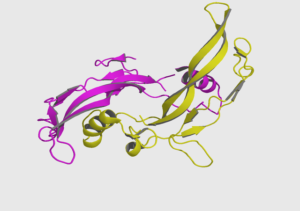 Endocrine Organs and the Endocrine System
The endocrine system is an important and complex topic of the preclinical studies. The control of bodily functions through the messengers (hormones) of the endocrine system is the subject of anatomy, physiology and biochemistry; an accurate understanding of the hormones and their functions is essential for the clinical routine as well. The endocrine organs, in the stricter sense, include pituitary, thyroid, parathyroid, adrenal gland and pineal gland. They are easy to identify by their characteristic structure in the histological examination, but there are several things that should be considered. This article summarizes the most important facts about the endocrine organs.
read more 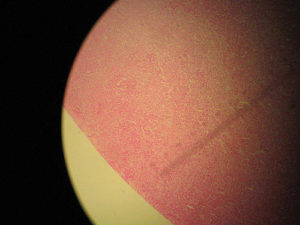 00:01 Well, let’s first of all look at a hormone, its chemical nature or structure. Hormones are the secretory products of the endocrine cells. 00:12 Sometimes, other cells, not part of the endocrine system, also secrete products that we referred as being chemical messengers. Hormones can be classed chemically into three types that I’ll go through in a moment. But I just want to make sure we know the difference between endocrine secretion, paracrine secretion, and autocrine secretion, and also exocrine secretion. In a separate lecture on exocrine glands, I explained that these glands are derived from epithelial surfaces. The epithelium grows down underneath the epithelial surface within the connective tissue, the lamina propria and there, these cells develop into secretory cells, and they maintain their connection to the surface through what becomes the duct of the exocrine gland. In the case of endocrine glands, the cells lose their connection to the surface. The duct disappears and so these secretory cells then release their products, hormones, into the surrounding interstitium. And thereby, the product is taken from the interstitium into the blood stream. And so these hormones can travel right throughout the body, and they can affect target organs at some distance from the original source of the hormone. 01:46 That’s a true endocrine gland, true endocrine secretion. Sometimes cells can secrete hormones or products that affect their own function. That’s called autocrine cells. Being autocrine meaning secretion, secreting to affect oneself. Sometimes these cells can secrete hormones that move along the interstitial fluid and affect neighboring cells, that's referred to as paracrine secretion. But in this lecture, I’m going to refer mainly to only true endocrine type secretion. Well, hormones are of three types. One, they can be steroid hormones, or they can be peptide protein or polypeptide hormones. Some hormones can be derived from amino acids. 02:45 And here on this slide, I’ve listed the various locations that these hormones and the organs are secreting, and I’ll refer to this in a later lecture. But the reason why I’m showing you these three different classes is because the chemical nature of these hormones is different. And therefore, sometimes when you see the locations of these cells in the various endocrine glands of the body, you can stain for these different sorts of hormonal products. 03:18 And these stains can often be used to distinguish the various types of endocrine glands. 03:24 As we’ll see in this lecture on the pituitary gland, we will see that various stains are used because they differentiate the components of the secretory cells. And again, as I said, this will be repeated in another lecture on the other endocrine glands. Well, when a hormone is secreted, it can affect the cell at two sites. One, it can bind to a receptor on the surface of the target cell. In some other cases, it moves into the cell and it reacts with receptors within the cell itself and the cell biologist and the endocrinologist will describe these processes in other courses. It’s important to understand a little of about the regulation of the endocrine system. We call it a feedback system, a feedback mechanism, whereby, the stimulus then goes through the endocrine cells, and the endocrine cells secrete a hormone, and that hormone has an effect. And when the effect then feeds back on the original stimulus and diminishes that stimulus, we call that negative feedback. And that’s the most common feedback mechanism we have in the endocrine system. Rarely though, sometimes, we have a positive feedback system, which is the opposite.

The lecture Pituitary Gland: Hormones by Geoffrey Meyer, PhD is from the course Endocrine Histology.

Which of the following hormones is controlled by a positive feedback mechanism?

Which of the following hormones is primarily a paracrine hormone?