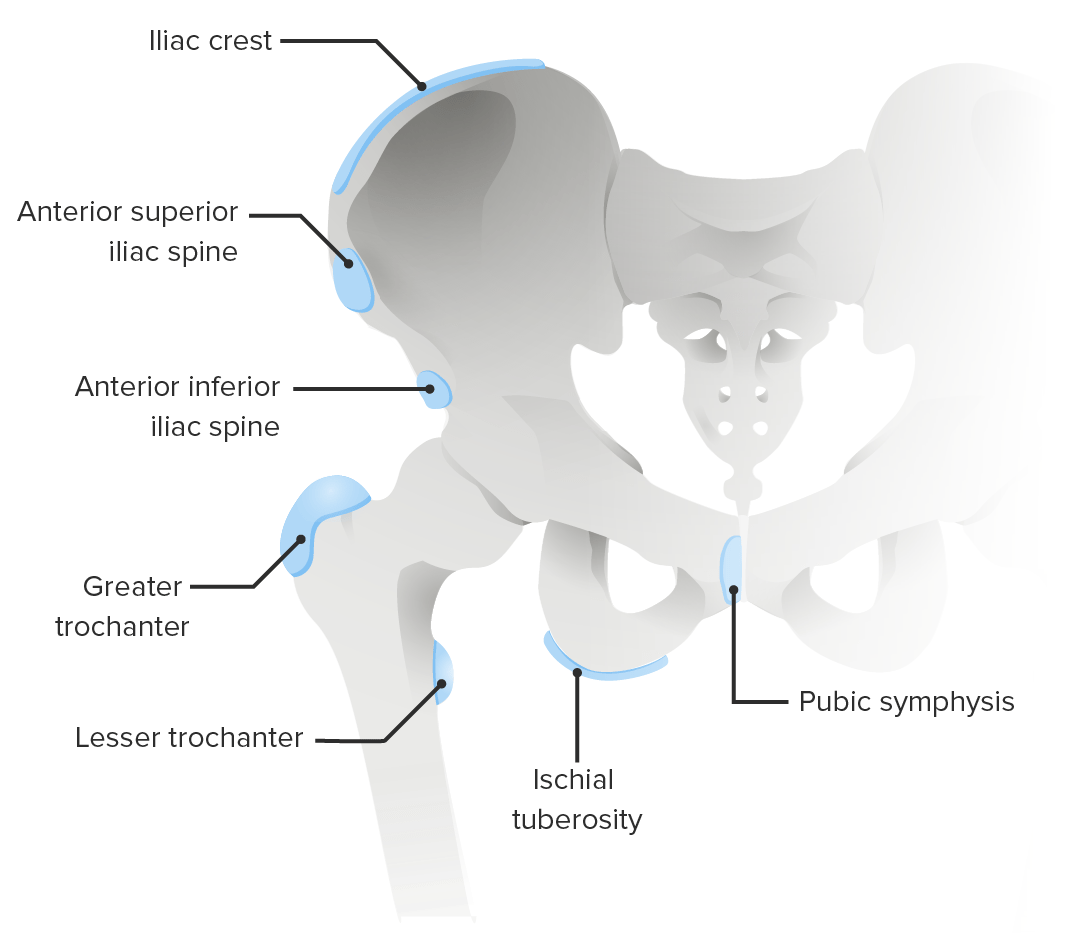 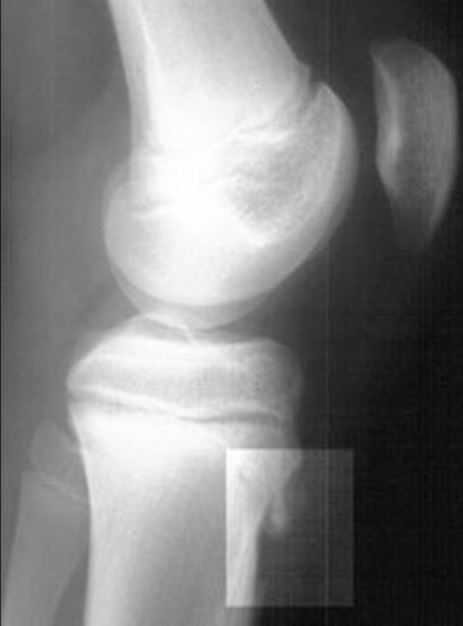 Osgood-Schlatter Disease
Osgood-Schlatter disease, or apophysitis of the tibial tubercle, is a common orthopedic condition seen in children between 10 and 15 years of age. The disease is caused by the repetitive application of mechanical forces on the knee, leading to microtrauma on the ossification center at the site of insertion of the distal patellar ligament. Patients present with localized knee pain, tenderness, and swelling at the proximal anterior tibia. Diagnosis is clinical and treatment is focused on symptomatic relief. Osgood-Schlatter disease is a self-limiting condition that resolves with skeletal maturity.
read more 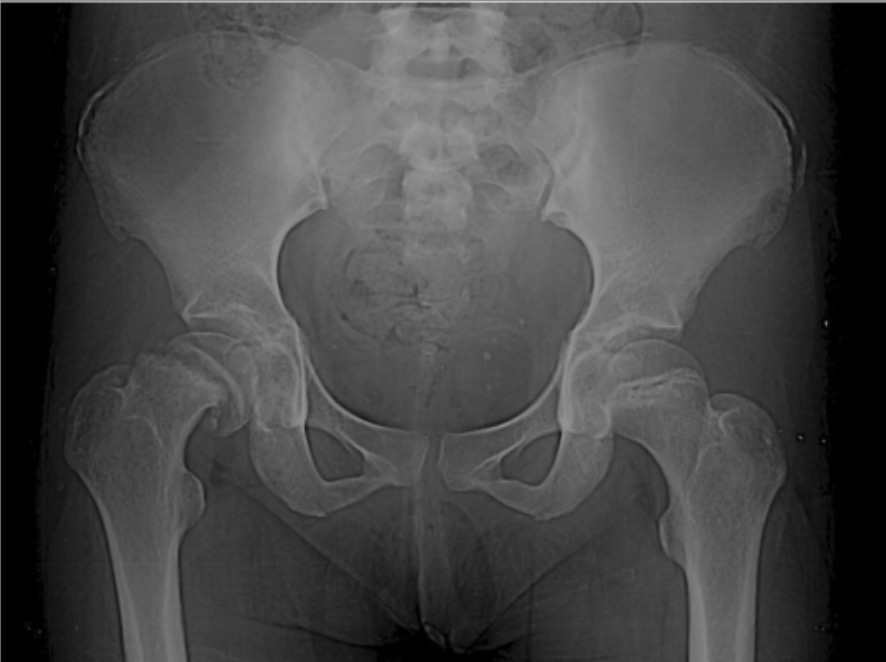 Slipped Capital Femoral Epiphysis
Slipped capital femoral epiphysis (SCFE) is an orthopedic disorder of early adolescence characterized by the pathologic “slipping” or displacement of the femoral head, or epiphysis, on the femoral neck. Considered a type I Salter-Harris growth plate fracture, SCFE affects boys twice as often as girls. Thought to be due to a combination of biomechanical and endocrine factors, diagnosis is made with hip X-rays and treatment ranges from conservative to surgical. Prognosis depends on the severity of the slip or displacement.
read more 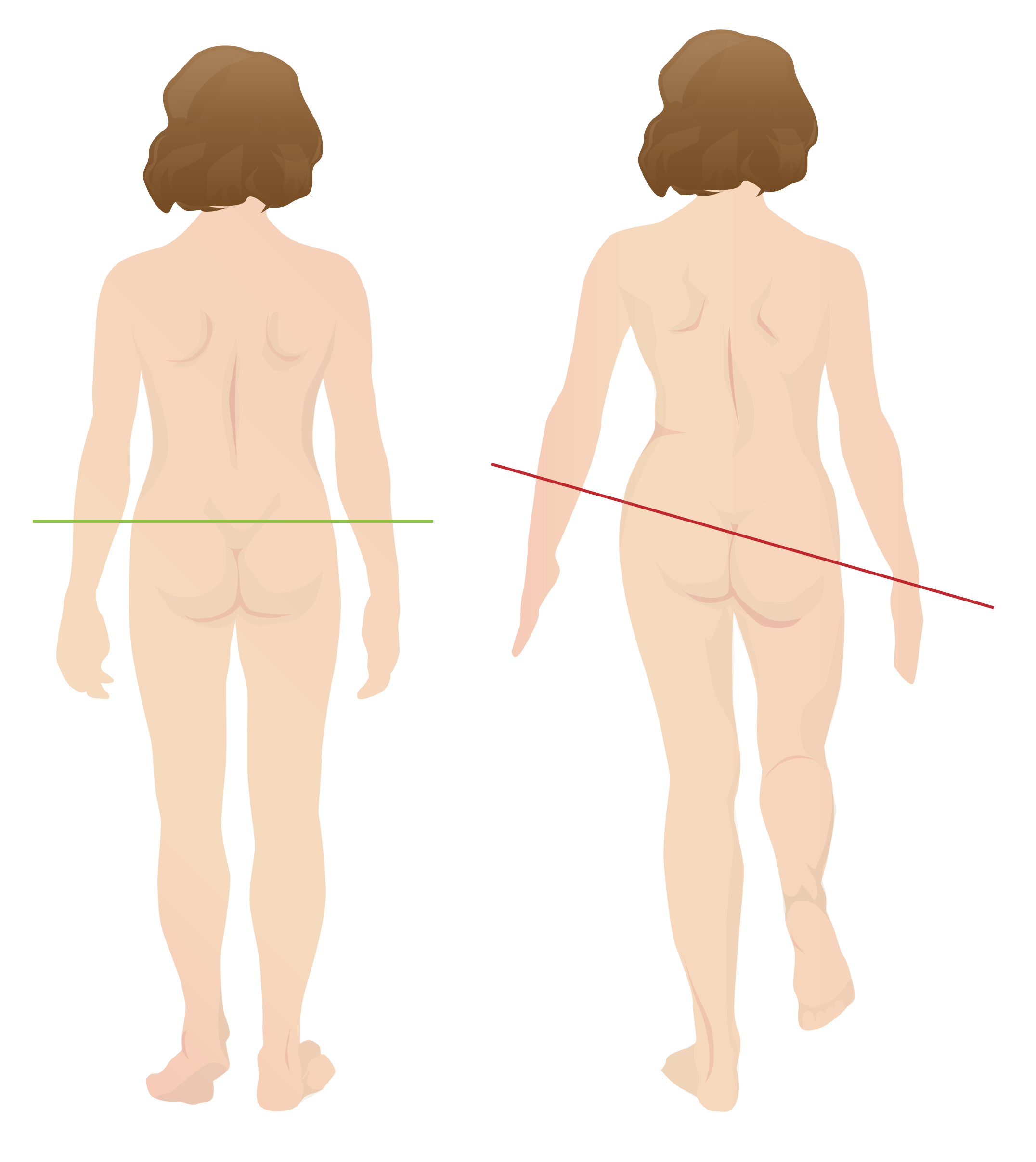 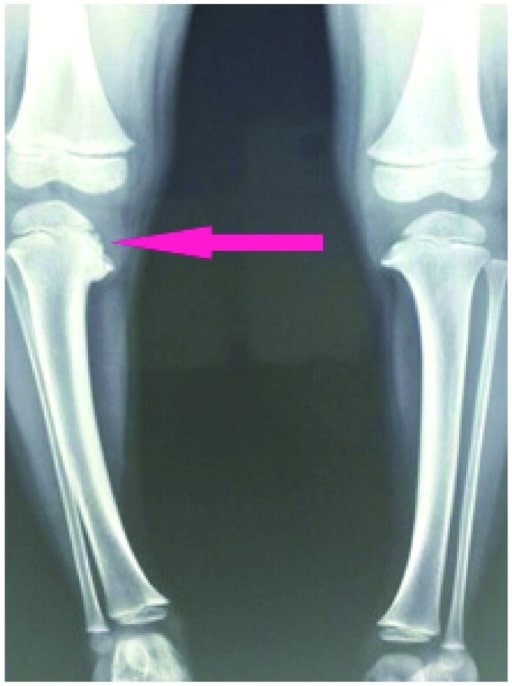 Blount's Disease (BD)
Blount’s disease (BD) is an orthopedic childhood disorder characterized by outward bowing of the leg due to abnormal ossification of the medial aspect of the tibial epiphysis. Blount’s disease mostly affects children of African descent and tends to debut at approximately 1–3 years of age. Diagnosis is made by clinical findings and is confirmed by imaging. The goal of treatment is to correct the anatomy through bracing or surgical repair, according to the severity and age of the patient at diagnosis. The prognosis is excellent if treatment is promptly started.
read more
Load more
Share
Ask Questions
Take Notes
Download Slides
Report Mistake
Comments
show all Show less
My Notes
show all Show less
Learning Material 2
show all Show less
Report mistake
Transcript
0 of 0

Slipped capital femoral epiphysis (SCFE) is an example of which of the following types of fracture?

I enjoyed the overview and the clear explanations of the different diseases. I would have liked more details concerning the clinical exam. However this lecture does serve the purpose of giving the student a clear view of the most common paediatric diseases.

I enjoyed the overview and the clear explanations of the different diseases. I would have liked more details concerning the clinical exam. However this lecture does serve the purpose of giving the student a clear view of the most common paediatric diseases.