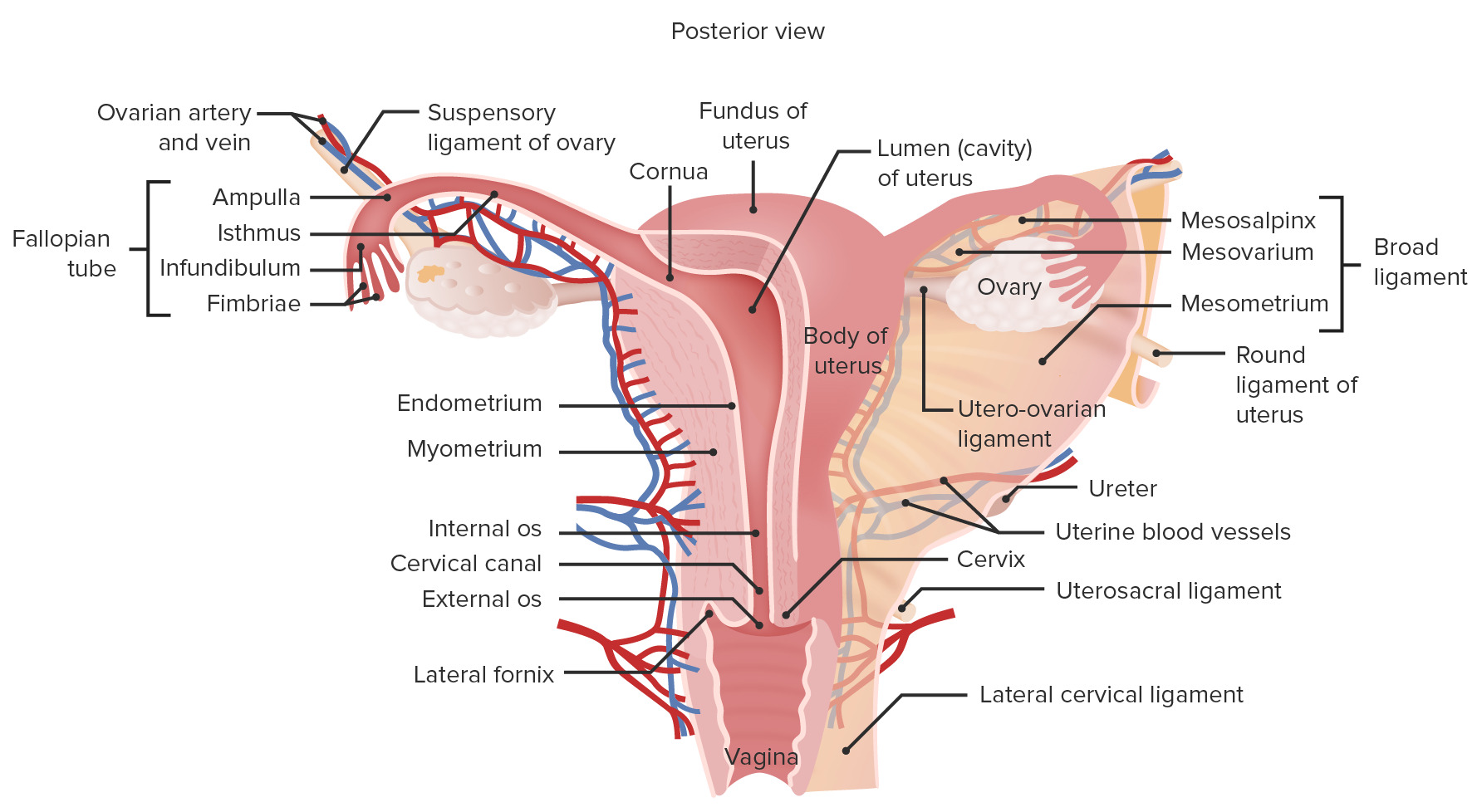 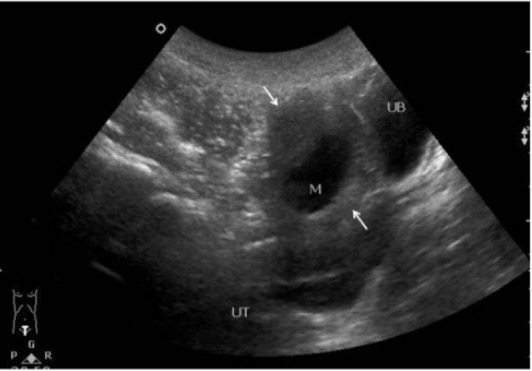 Ovarian Cysts
Ovarian cysts are defined as collections of fluid or semiliquid material, often walled off by a membrane, located in the ovary. These cysts are broadly categorized as either functional or neoplastic. Neoplastic ovarian cysts are subcategorized as either benign or malignant. When the cysts occur as a result of normal physiologic processes, they are called functional, whereas if there is abnormal growth of ovarian cells, the cyst is referred to as neoplastic. In women of reproductive age, neoplastic ovarian cysts are typically benign; however, the risk of malignancy increases in the postmenopausal period. While most ovarian cysts do not cause symptoms, some women report vague symptoms such as lower abdominal pain or abdominal fullness. Complications of functional cysts include torsion and rupture. Neoplastic cysts may be either benign or cancerous. A diagnosis of ovarian cancer requires consultation with a specialist because treatment involves coordination of surgery and chemotherapy. Treatment is dependent on the etiology of the ovarian cyst and may range from surgical intervention to supportive care only.
read more
Load more
Share
Ask Questions
Take Notes
Download Slides
Report Mistake
Comments
show all Show less
My Notes
show all Show less
Learning Material 2
show all Show less
Report mistake
Transcript
0 of 0

The lecture Ovarian Abnormalities: Simple and Complex Cysts by Hetal Verma, MD is from the course Abdominal Radiology. It contains the following chapters:

A 60-year-old postmenopausal woman presents with right lower pelvic pain. Ultrasound demonstrates a 5 cm simple ovarian cyst. What is the correct management of this cyst?

Which of the following combinations of simple ovarian cyst size and their management in a PREmenopausal woman is correct?

A thick-rimmed ovarian cyst with a "ring of fire” appearance is seen with which of the following?