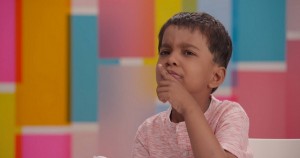 The lecture Observational Learning (PSY) by Tarry Ahuja, PhD is from the course Attitude and Behavior Change.

What is another term for vicarious learning?

While on vacation, Liam sees a mime copying his actions. Which of the following behaviors is most similar to the actions of the mime?

Which of the following researchers designed experiments that demonstrated modeling?

Where are the most mirror neurons located?

Which of the following is a vicarious emotion?