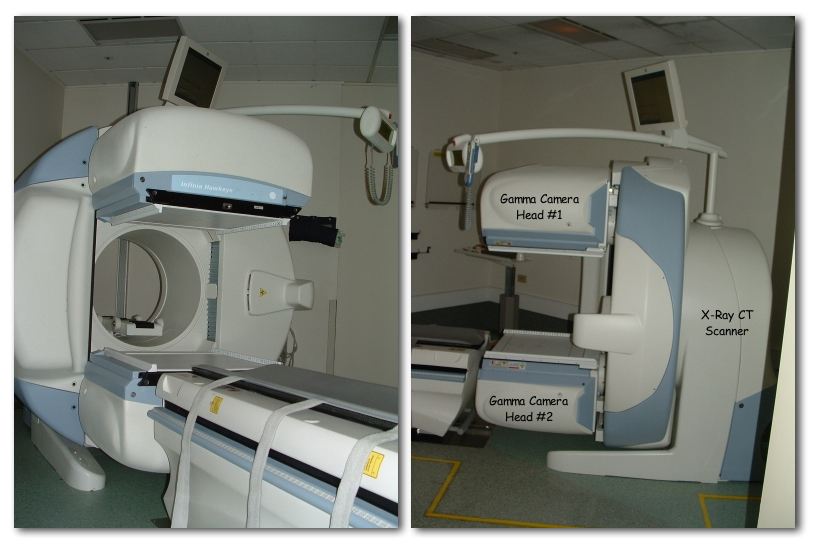 Nuclear Imaging
Nuclear imaging is the radiologic examination using radiopharmaceuticals, which are radioactive substances taken up by specific types of cells. Nuclear medicine is more concerned with the functional and molecular aspects of the organ or pathology being investigated rather than the structure. Radiopharmaceuticals are administered to the patient and in vivo distribution is recorded. Nuclear imaging has been widely used to diagnose and follow up certain diseases. Multiple organ systems can be evaluated, including the cardiovascular system, where ischemia is detected; endocrine system, where thyroid activity is evaluated; hepatobiliary system, where cystic duct obstruction can be seen; and skeletal system where tumors/metastasis or fractures are localized.
read more
Load more
Share
Ask Questions
Take Notes
Download Slides
Report Mistake
Comments
show all Show less
My Notes
show all Show less
Learning Material 2
show all Show less
Report mistake
Transcript
0 of 0

The lecture Nuclear Medicine: HIDA and VQ Scan by Hetal Verma, MD is from the course Introduction to Imaging. It contains the following chapters:

What is NOT seen in a normal HIDA scan?

Which one among the following is NOT true regarding nuclear medicine imaging?

What is the radioisotope used in cholescintigraphy?

A 45-year-old female presented with pain abdomen after a heavy meal to the emergency room. Assuming a diagnosis of acute cholecystitis, a HIDA scan was ordered for diagnostic evaluation. What is the finding in acute cholecystitis?

Which of the following is FALSE about VQ scan?