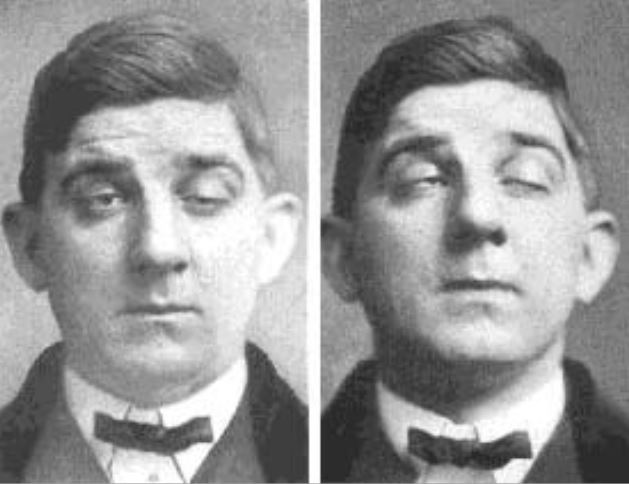 Myasthenia Gravis
Myasthenia gravis (MG) is an autoimmune neuromuscular disorder characterized by weakness and fatigability of skeletal muscles caused by dysfunction/destruction of acetylcholine receptors at the neuromuscular junction. Myasthenia gravis presents with fatigue, ptosis, diplopia, dysphagia, respiratory difficulties, and progressive weakness in the limbs, leading to difficulty in movement. Diagnosis is established based on clinical presentation, detection of antibodies, and electrophysiologic studies. Management is aimed at increasing the activity of acetylcholine at the neuromuscular junction and suppression of antibodies. This disease can be associated with thymomas and thymic hyperplasia, and thymectomy is sometimes indicated. Myasthenia gravis can progress to a life-threatening cholinergic crisis with respiratory failure, but this is preventable with appropriate management. Prognosis is generally good with treatment, and some patients can achieve a long-term remission.
read more
Load more
Share
Ask Questions
Take Notes
Download Slides
Report Mistake
Comments
show all Show less
My Notes
show all Show less
Learning Material 2
show all Show less
Report mistake
Transcript
0 of 0

00:01 So with myasthenia gravis, signs and symptoms include weakness of the extraocular muscles _________, type 2 muscle fibers—fast switch, eventually at 3 or 4 o’clock, what happens? The proximal muscles will then be affected. No doubt. 00:15 Ptosis often the first symptom. 00:17 Diplopia and improvement in strength with, there you go, anticholinesterase agents because by given anticholinesterase agents such as pyridostigmine, neostigmine, what have you, you have increased in concentration of acetylcholine in the cleft in the hopes of opening up those sodium channels. 00:37 If you do a short-acting such as edrophonium then you might find increase in strength, not only be positive for myasthenia gravis. 00:46 The diagnosis here is an edrophonium test, inhibits acetylocholinesterase, increases strength strength because the concentration of acetylcholine and the longevity of acetylcholine has been increased and ______ bind to the receptors opening up the sodium channels and single-fiber EMG, electromyography, and here you find abnormal in 95% of patients with myasthenia gravis as you can expect. 01:17 Management. Pyridostigmine, a longer acting acetylocholinesterase inhibitor; immunosuppressants because it is an autoimmune disease, maybe azathioprine or cyclosporine; plasmaphereisis with short-term treatment removes then the antibodies; and if you’re given a chest x-ray in which in a 40-year-old lady, you find a thymic remnant, that fact that in a 40 year old that you even find a thymic remnant, you should be thinking autoimmune disease, and if you’re looking at the symptoms that I’ve given you, then it’s myasthenia gravis. 01:54 What’s the one that I gave you where if there’s a thymic remnant, for example, and there is susceptibility to infection? It’s called Good Syndrome. 02:04 Some of these are part of your immune lectures. 02:08 Management. Well avoid certain medications, beta blockers, aminoglycosides, quinolones, and class 1 antiarrhythmics because it’s already blocking those sodium channels. 02:19 You don’t want to make it worse. 02:21 There is a little bit of overlap here, right, between some of these cardiac and skeletal muscle. You just, you never know. 02:28 These are ones that you want to be very, very careful of. 02:35 Here we have Lambert-Eaton Myasthenic Syndrome. 02:38 Now what you want to do as you go through this is compare myasthenia gravis with Lambert-Eaton. 02:45 In myasthenia gravis, what was my problem? Fundamentally, it was acetylcholine receptors. 02:52 They are being destroyed, one by one by one. 02:56 Here, that is not the issue. 02:58 Yes, it’s an autoimmune disease; however, this time it’s going after the voltage-gated calcium channel. 03:06 Remind me where those voltage-gated calcium channels are located. 03:10 In the presynaptic terminal. Good. 03:13 In the presynaptic terminal of the neuromuscular junction a little bit more detail for you. 03:18 You must know that those voltage-gated calcium channels are of the P and Q type, and there they are. 03:24 What are they? The P and Q—yes, he presynaptic voltage-gated calcium channel of the neuromuscular junction is being attacked. 03:38 So ultimately between physiology and pathology, there are 4 different kinds of calcium channels that you probably have heard of. 03:46 They include the L and T type, and of course, the majority of your calcium channels in the heart, would be of the L type, and then you have the P and Q in pathology. 03:58 Why do you need that calcium to come in presynaptically again? So that it can facilitate the fusion of the synaptic vesicle containing what? Acetylcholine with the membrane. 04:14 If those voltage-gated calcium channels are not permitted to bring the calcium in, then how in the world are you supposed to have fusion and release? You can’t. 04:26 Completely different from what we can expect in myasthenia gravis where the receptors were being destroyed post-synaptically. 04:36 Here, in Lambert-Eaton, those post-synaptic acetylcholine receptors are untouched. 04:42 Untouched. Keep that in mind. 04:45 Where can Lambert-Eaton come from _______? For example, small cell lung cancer. 04:52 Of all the lung cancers that we’ve discussed, the one that has the most number of ________ issues or the ones that have the most neuroendocrine problems our manifestations will be small cell. __________. 05:11 The proximal muscle weakness, again, just like myasthenia gravis, but this time it’s a little bit different. What do I mean? “Doc, I wake up in the morning, I’m feeling pretty tired, and then about 11 or 12 o’clock, I feel a little bit better, 1 or 2 o’clock I feel better. Why?” Well with use, I’m feeling better. 05:29 That would never happen in myasthenia gravis with use of feeling better in Lambert-Eaton, why? The body, trust me, the body will find a way with increased use of releasing more acetylcholine into the cleft. 05:47 Once its release into the cleft, is it going to bond to the receptor? Absolutely! There’s no pathology there and you will then have an action potential and muscle contraction. 05:57 How? You may ask, is it being released? The body is resilient, it will find a way and the more use there is, the better the patient feels. 06:08 Opposite in terms of It could be autonomic dysfunction, and how to differentiate between Lambert-Eaton and myasthenia gravis. 06:19 As I just explained in Lambert-Eaton, you will show improvement with repeated use. 06:26 That will not happen with myasthenia gravis. 06:29 And remind me, so in myasthenia gravis, if you’re able to increase a concentration of acetylcholine in the cleft, then you would perhaps find improvement in muscle movement in myasthenia gravis. 06:44 Here in Lambert-Eaton, I don’t care how much cholinesterase inhibition that you’re giving your patient, the problem is not with the receptor. 06:54 So you will find no improvement with cholinesterase inhibitor in Lambert-Eaton. 06:59 Is that understood? Those points must be crystal clear before we move on. Please.

The lecture Myasthenia Gravis: Lambert-Eaton Myasthenic Syndrome by Carlo Raj, MD is from the course Muscle and Soft Tissue: Pathology. It contains the following chapters:

What condition does the edrophonium (tensilon) test help to diagnose?

Which of the following is NOT used in the treatment of myasthenia gravis?

In Lambert-Eaton myasthenic syndrome, antibodies are formed against what?

Which of the following statements regarding Lambert-Eaton myasthenic syndrome is TRUE?