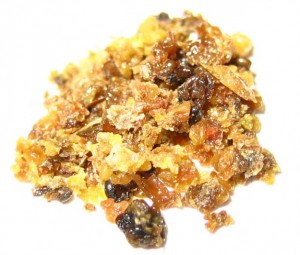 Opioids
Opioids are a class of substances, which are essential for medical fields like oncology, palliative and emergency medicine because of their analgesic effect. Contrary to many preconceptions, they are safe medications that do not cause dependency or the development of tolerance if used correctly. Obviously, opiate dependence is something physicians deal with time and again in their clinical routine and every physician should be familiar with the fundamentals of the Controlled Substances Act, the withdrawal symptoms as well as how to treat said symptoms.
read more
Load more
Share
Ask Questions
Take Notes
Download Slides
Report Mistake
Comments
show all Show less
My Notes
show all Show less
Learning Material 2
show all Show less
Report mistake
Transcript
0 of 0

00:01 Let's move on to the mixed agonists, antagonists class of drugs. So, these are harder to understand, but this is where the receptors start to come into play. 00:11 Let's talk about Nubain. Now, Nubain will not antagonize other opioid drugs. It may still be addictive however. 00:20 It is an agonist at the kappa receptor and an antagonist at the mu receptor. 00:26 What this gives us is a "respiratory ceiling". So, what that means is, is that even if you give very high doses of this drug, there is minimal risk of respiratory depression. There is also a lower risk of addiction. 00:38 And in fact, this particular agent was taken off the class II list of controlled substances by the FDA. 00:46 It is also used for morphine induced itching or pruritus, so that you don't get as many histamine reactions from this medication. Now, you're unlikely to be tested on this drug, at least in the past, I don't know if this is going to be on the exams in the future, it's relatively new, it is something that we're starting to use more and more in clinical practice. 01:09 So although it hasn't been tested on extensively in the past, just be aware of it and keep your eyes and ears open. 01:22 Now, this is another morphine analogue. It is a semisynthetic partial agonist. 01:28 Uses are in opioid addiction with methadone, for use in some pain management patients, it is found to be effective in refractory depression as well, and there is a particular condition called neonatal abstinence syndrome. 01:43 This is why this drug is on our list because it is used in those patients who are neonates, who are survivors of mothers who are addicted to morphine. 01:53 It is currently being studied, by the time you're watching this video, the study will be out, and we will know if we were going to be using it in clinical practice or not. 02:01 So, it's very new, but I think that it holds great promise, and I believe that the studies will be good. 02:10 Going on, in terms of it's activity at different receptor sites at the mu receptor, it's a weak partial agonist. 02:16 Remember that it binds very tightly so it will stay bound to that receptor for a long time. 02:22 In terms of the kappa receptor, it's a weak agonist, and in terms of the delta receptor, it's an antagonist. 02:29 Now, we do have an unusual concern about this medication is because it binds very tightly to the mu receptor, it will not respond to additional stronger opioids except for sufentanil or Sufenta. 02:44 Why is this a problem? If patients have breakthrough pain while they're on this medication, we can't add another opioid agonist. Now, Sufenta is the most powerful of the opioids. 02:58 You're not going to get tested on it, it's about 100 times more powerful than fentanyl, and about 800 times more powerful than morphine. 03:06 It's an extremely strong agent, and it's used almost exclusively in anesthesia. 03:14 Alright, the antagonists, naloxone. Naloxone is also called Narcan. 03:21 I do think it's important to know the trade name because in the crash kits or in the code kits, it will often be labelled Narcan instead of its chemical name naloxone. 03:31 So, it is worthwhile for clinical practice to know its trade name, for your exam it's not as important. 03:37 It is a synthetic mu receptor pure competitive antagonist or blocker. 03:43 We use it for blocking or reversing toxicity from opioids. It may be used in conjunction with the opioid, to prevent excessive mental and respiratory depression. 03:55 Side effects. In patients on opioids, you may cause swelling. Now patient who aren't taking opioids shouldn't have any side effects. But there is actually something that is very interesting that we've started to see. 04:09 It's called placebo pain control syndrome. Now, patients who let's say twisted an ankle but don't really feel much pain, when you give them naloxone, they start to feel pain. And we believe it's because naloxone is blocking the endorphin related pain control that the body is producing on its own. 04:28 So sometimes you can get an increase in pain when you're using naloxone. 04:33 Okay, there you have it. These are all of the opioid analgesics. 04:37 Just have a look at the listed names and medications, and just try to remember what kind of receptors they block.

The lecture Mixed Agonists/Antagonists and Antagonists – Opioid Analgesics by Pravin Shukle, MD is from the course CNS - Pharmacology. It contains the following chapters:

A reduced capacity for which of the following side effects makes nalbuphine a safer alternative to morphine?

Which of the following is a downside to using buprenorphine?

Which of the following is least expected during response to naloxone therapy for opioid toxicity?

Which of the following medications may be appropriate for neonatal abstinence syndrome with a history of opioid abuse during pregnancy?