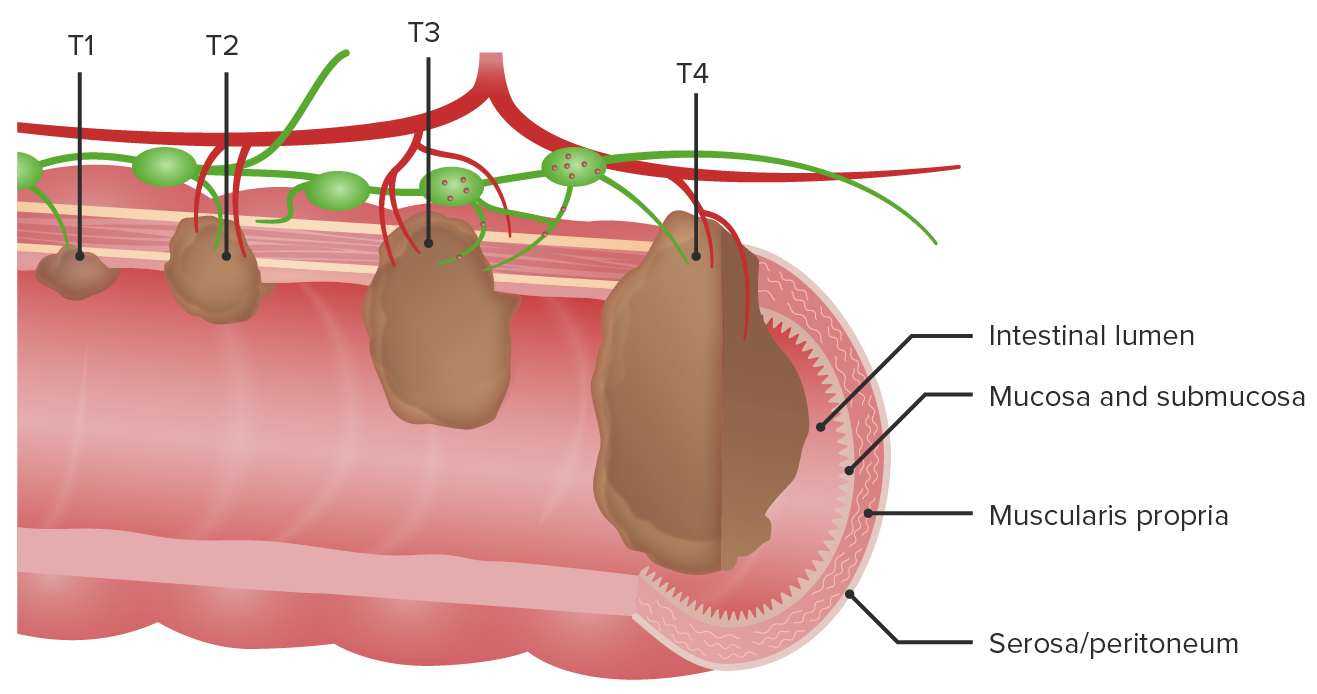 Grading, Staging, and Metastasis
Cancer is the 2nd leading cause of death in the US after cardiovascular disease. Many malignancies are treatable or curable, but some may recur. Thus, all malignancies must be assigned a grade and stage in order to guide management and determine prognosis. The tumor grade classifies a tumor by its histology and is part of the internationally accepted TNM staging system, which is used to characterize the extent of the disease. Metastatic disease refers to cancer that has spread beyond its primary tumor site.
read more
Load more
Share
Ask Questions
Take Notes
Download Slides
Report Mistake
Comments
show all Show less
My Notes
show all Show less
Learning Material 2
show all Show less
Report mistake
Transcript
0 of 0

The lecture Metastasis and Bone Metastasis – Neoplasia by Carlo Raj, MD is from the course Cellular Pathology: Basic Principles with Carlo Raj.

Which of the following is a common site of cancerous spread via seeding?

Which of the following types of cancer are correctly matched with its characteristic mechanism of spread?

A patient was found to have metastatic prostate cancer that has spread to the Batson paravertebral plexus. What serological findings would you expect?

A patient shows punch out lesions on x-ray with decreased opacity. What is the most likely diagnosis?