HER2 Receptor and Bcr-Abl 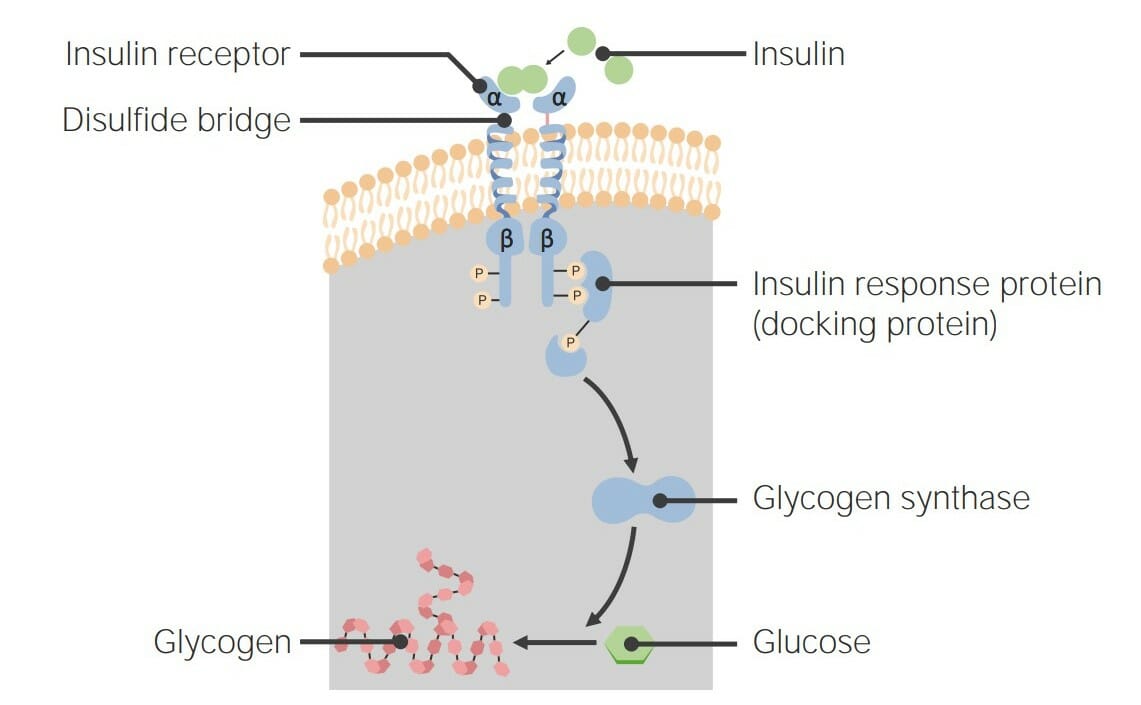 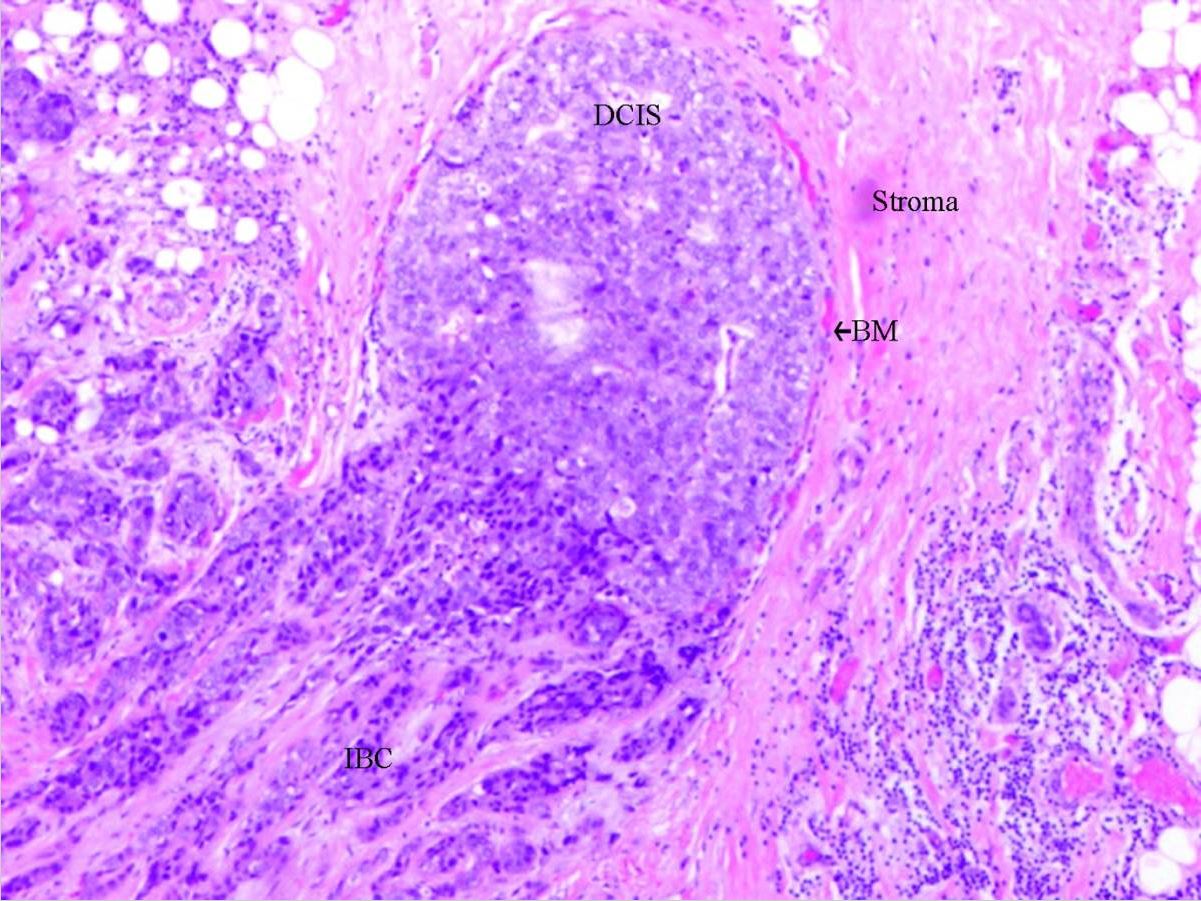 Breast Cancer
Breast cancer is a disease characterized by malignant transformation of the epithelial cells of the breast. Breast cancer is the most common form of cancer and 2nd most common cause of cancer-related death among women. Genetic factors, age, and hormonal and environmental influence contribute to the progression of the disease. The most common histologic type is infiltrating ductal carcinoma, which is > 75% of all breast cancers. Screening mammography is recommended for early disease detection. Diagnosis is by core needle biopsy, with biologic factors determined by immunohistochemical testing. Surgery, systemic treatment (chemotherapy, biologic therapy, endocrine therapy), and radiation therapy (RT) are part of the early-stage and locally advanced disease management. In metastatic breast cancer, systemic treatment is utilized with palliative measures.
read more 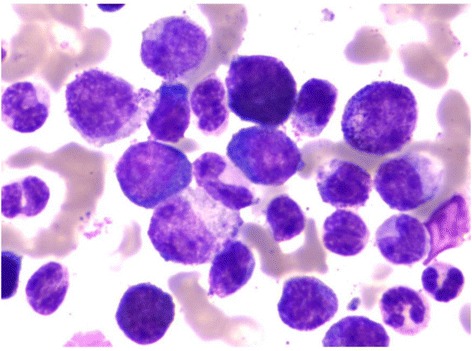 00:01 The next receptor I want to talk about is a special form of the human epidermal growth factor receptor called the HER2 receptor. 00:07 Now, this receptor has mutation effects that affect its gene expression, not the actual protein itself. 00:15 I need to tell you first a little bit about the receptor. 00:18 Now HER2 is an unusual form of the epidermal growth factor receptor; there are many different epidermal growth factor receptors. 00:25 Normally HER2 does not require EGF binding for dimerization and activation, meaning that two different monomer HER2 receptors, if they find each other can activate each other without EGF and cause the process of cell division to occur. 00:42 Since HER2 is made at a very low level inside of cells, this normally isn’t a problem because it’s rare that the two individual monomers find each other to activate the process of cell division. 00:53 So, however, there are mutations that happen to the control region for the expression of HER2, that if they happen will cause HER2 to be made in large quantities. 01:06 Well when this happens, HER2 finds itself all the time. 01:09 And since when it finds itself, and doesn’t require EGF, every time it finds a partner, it’s going to stimulate the process of cell division. 01:18 That means that mutations that increase the quantity of HER2 are problematic. 01:24 Now, mutations that increase the levels of HER2 are found in several types of cancer. 01:29 It’s found actually in 15-30% of breast cancers. 01:33 It’s found commonly in ovarian cancer, stomach cancer and also in uterine cancer. 01:38 Now, fortunately this type of cancer is actually fairly easy to treat. 01:43 It’s treated with a monoclonal antibody known as herceptin. 01:47 And this treatment has revolutionized the treatment of cancers that affect HER2, because it has very few side effects and the way that it works, it binds to HER2 and prevents it from dimerizing. 01:59 So if a person has that mutation that makes too much HER2, treatment with herceptin will stop that signal from telling the cells to continue to divide. 02:10 Pretty amazing. 02:12 The last system I want to talk about involving receptors and tyrosine kinases is that of the Bcr-Abl system. 02:19 So the Bcr-Abl system is an oncogene that occurs as a result of crossover between two different human chromosomes that brings together the region of two different proteins that didn’t start out that way in the first place. 02:34 The two different proteins are known as Bcr and Abl. 02:38 So in the normal scheme of things, Bcr is found on chromosome 22 and Abl is found on chromosome 9. 02:46 This crossover that occurs as you can see on the screen is known as the Philadelphia crossover and causes Bcr to become fused to Abl. 02:56 Now this has some very serious consequences. 02:59 In this process, the control region of Bcr is fused to that of Abl, and part of the coding of Bcr is also fused to Abl. 03:11 Well normally, Abl is expressed at a fairly low level in the cell. 03:16 What is Abl? Well Abl is a tyrosine kinase that participates in this signaling process that we’ve talked about several times now. 03:25 Again, at a fairly low level, Abl is participating in the signaling and causing cell division to happen at a relatively low level. 03:35 The fusion of Bcr to it however, causes this fusion protein, the Bcr-Abl fusion to be made in much higher quantities than before. 03:44 And this has the effect of increase in the amount of tyrosine kinase, of Abl being able to communicate signal. 03:52 And just like we saw with the HER2, an increase in that signal now causes the cell to divide uncontrollably. 03:59 Well again fortunately, our knowledge about the molecular biology and the structure of these proteins has enabled some treatments to be developed that has also helped to revolutionize people who have these types of cancers. 04:12 The treatment of people who have Bcr-Abl cancers with tyrosine kinase inhibitors has been very effective in reducing the effects of this overall crossover that we described here. 04:24 Now this crossover happens in people who have chronic myeloid leukemia or CML. 04:29 Treatment of these people with the tyrosine kinase inhibitors has drastically reduced the incidence of the cancer and extended the lifetimes of many people. 04:41 Now the Bcr-Abl fusion occurs in about 90% of the people who have chronic myelogenous leukemia. 04:47 That’s a pretty high percentage. 04:50 The way that this cancer is treated is by using a tyrosine kinase inhibitor known as Gleevec. 04:56 Gleevec the structure is shown on the right here. 04:59 Gleevec has almost doubled the five year survival rate of CML patients; a remarkable drug that happened as a result of our knowledge about how tyrosine kinases actually work. 05:10 Well in this lecture I’ve spent a lot of time talking about receptors. 05:14 From the receptors that control enzymatic functions, that work very rapidly, to receptor protein receptors that affect gene expression to internal nuclear affecting receptors that control the overall expression of genes.

The lecture HER2 Receptor and Bcr-Abl by Kevin Ahern, PhD is from the course Hormones and Signal Transduction. It contains the following chapters:

Which statement regarding the HER2 receptor is true?

Which statement regarding Bcr-Abl fusion protein is true?

The Philadelphia translocation is a genetic abnormality. Which chromosome is it located in, and why?

Author of lecture HER2 Receptor and Bcr-Abl

(1) 5,0 of 5 stars
All this concepts are difficult to explain but with the method that you apply is easy to understand
By Lucero O. on 05. March 2019 for HER2 Receptor and Bcr-Abl

Was very clear just speak very quickly, then I have to repeat the lesson to understand complete anyway its not important, I would like just when speaking about the oncogenes give some examples about the food that causes

(1) 5,0 of 5 stars
All this concepts are difficult to explain but with the method that you apply is easy to understand
By Lucero O. on 05. March 2019 for HER2 Receptor and Bcr-Abl

Was very clear just speak very quickly, then I have to repeat the lesson to understand complete anyway its not important, I would like just when speaking about the oncogenes give some examples about the food that causes