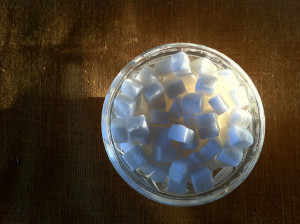 Steps and Pathway of Gluconeogenesis
Gluconeogenesis, which is the body's own synthesis of glucose, confronts some students who just studied glycolysis with the question: Why? Why  build up sugar again which has already been split up into its components? However, this metabolic pathway is more than just a reversal of glycolysis; in fact, it is essential to human life. Therefore, the following article will present you a comprehensive overview of  the processes of gluconeogenesis, so that you will be able to score with this extensive knowledge in your next biochemistry exam.
read more
Load more
Share
Ask Questions
Take Notes
Download Slides
Report Mistake
Comments
show all Show less
My Notes
show all Show less
Learning Material 2
show all Show less
Report mistake
Transcript
0 of 0

00:01 In a previous lecture I described the way in which glucose is broken down. 00:05 But glucose is not the only sugar that we ourselves need to deal with. 00:08 In this lecture I will talk about the metabolism of other sugars. 00:12 I will discuss the process of gluconeogenesis, that's the way cells make glucose that they can use. 00:17 And then last I will talk about the phenomenon of reciprocal regulation, the way cells control sugar metabolism. 00:26 Now cells have a lot of different sugars that they get besides glucose. So it's important that we understand something about what they do. 00:33 In this pathway we see that metabolism of a sugar known as galactose. 00:38 Now we get galactose in our diet fairly regularly if we eat dairy products because galactose comes from lactose which is known as milk sugar. 00:47 So our cells have to be able to metabolize galactose. 00:51 To metabolize galactose, the metabolism is actually shown on the screen. 00:54 I am gonna step you through it and it looks a little complicated but it is actually fairly simple. 01:00 The reactions of galactose basically involve its conversion into an intermediate in glycolysis. 01:06 Now this starts with an enzyme that has a mouthful of a name: galactose-1-phosphate uridyl transferase. 01:13 Hopefully, the reaction is simpler then the name of the enzyme is. 01:16 The reaction catalyzed by this enzyme takes galactose-1-phosphate on the upper left and combines it with UDP glucose on the lower left. 01:26 And what it’s doing is essentially swapping the galactose for the glucose. 01:31 So we see when this process happens that we start with galactose-1-phosphate and we end up with UDP galactose. 01:39 UDP glucose releases a glucose-1-phosphate. 01:42 So because of that we now have glucose-1-phosphate that is free. 01:47 A glucose-1-phosphate is relatively easy to get into glycolysis because there is an easy enzymatic conversion of glucose-1-phosphate to glucose-6-phosphate and we get into glycolysis. 01:57 This means we have converted part of the molecule shown on the screen into glycolytic intermediates. 02:02 The galactose in the UDP, however, has to also be converted into intermediate. 02:08 And that happens in the next reaction which is catalyzed by UDP-galactose-4-epimerase. 02:14 Again a mouthful of a name, but the reaction is quite simple. 02:17 The galactose at the end of the UDP is converted into a glucose. 02:22 That reaction means that we have now got into a point where we have made our starting material. 02:28 UDP-glucose on the right. UDP-glucose on the left. 02:30 The UDP-glucose on the left now continues the process metabolizing more lactose. 02:35 So in this way all galactose can ultimately be converted into glycolytic intermediates. 02:43 Now other sugars get metabolized, I have mentioned lactose. Lactose is milk sugar and it's metabolized in a very simple way. 02:51 There is an enzyme called lactase and lactase breaks lactose into its constituent sugar which are galactose and glucose. 02:59 You have seen how galactose is metabolized. 03:02 Now lactase is an important enzyme; because, in some adults the reduced quantities of this enzyme leads to a phenomenon known as lactose intolerance. 03:12 And lactose intolerance, if you ever had to deal with, that is pretty discomforting; because, it causes the bacteria in the stomach to be able to produce a lot of gas because they are working on lactose not galactose and glucose.

The lecture Gluconeogenesis: Metabolism of Galactose by Kevin Ahern, PhD is from the course Carbohydrate Metabolism.

Which of the following is true regarding the breakdown of galactose?

Which of the following enzyme is not matched correctly to the reaction carried by it?

It's unfathomable how much this lecture has saved my time. Though I would appreciate a quick-summary of the products turning into intermediates for other cycles. Like with how g-1-p turns into g-6-p

It's unfathomable how much this lecture has saved my time. Though I would appreciate a quick-summary of the products turning into intermediates for other cycles. Like with how g-1-p turns into g-6-p