Examination of the Eye 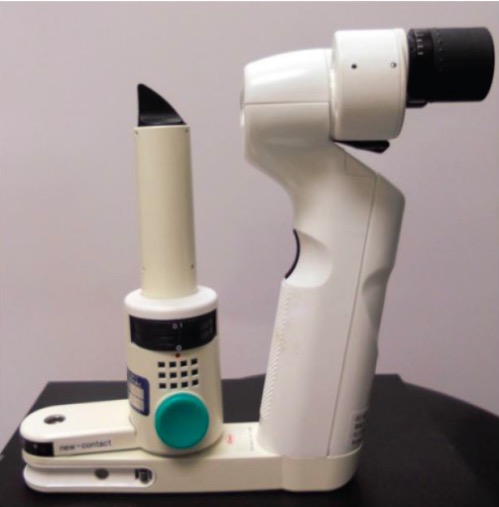 00:01 So now we're going to move on to a comprehensive examination of the eye. 00:05 Elsewhere in this course, we'll be looking at the cranial nerves, which will help us to look for visual field cuts and function of the ocular motor muscles. 00:13 So this is more looking at the external eye and then doing the fundoscopic exam as well. 00:17 So the eye is an incredibly useful place to look for evidence of various types of systemic disease. 00:24 Starting off, a simple thing is just to look for evidence of hyper- and hypovolemia. 00:29 Patients who have periorbital edema with inflammation of the or, I should say, edematous eyelids and some increased puffiness around the eyes, that may be an indication of nephrotic syndrome or potentially in the setting of heart failure as well. 00:42 And in fact, folks who have sunken eyes, that sort of appearance of the eyeball being sunk back in the socket has a significant likelihood ratio for helping to identify hypovolemia. 00:54 Likewise, we can look for evidence of anemia simply by looking at the eye. 00:58 So if I just pull down her lower eyelid, may I, Shayla? Just pulling down the lower lid, you can see on an eyelid there is a rim which is anterior, which is somewhat erythematous, and then posteriorly, closer to the eye is a more pale area. 01:16 Now folks who have anemia with the hemoglobin of less than 11 will have so-called conjunctiva rim pallor where the proximal anterior portion of that eyelid is just as pale as the posterior portion of the eyelid. 01:31 And that is a really strong diagnostic test. 01:36 In addition, elsewhere, we'll be talking more about thyroid disease and you can have significant evidence of hyperthyroidism, both increase sympathetic tone as well as evidence of Grave's disease, with the eyeballs being pushed out by edematous ocular motor musculature. 01:53 And then looking for diseases that are more specific to the eyes themselves. 01:58 Patients can have edema of one particular eyelid, either the top one or the bottom one in the setting of not just systemic disease, but also something as simple as a stye or hordeolum. 02:08 Just lifting up the eyelids, you can look to see if there's any evidence of any stye in the eye. 02:15 Sometimes patients will have blpeharitis, which is inflammation and edema and sometimes some scale at the margins of the eyelids there as well. 02:25 And then, of course, conjunctivitis. 02:26 Patients with either viral or bacterial conjunctivitis will have red sclera, and it's always good to remember that viral conjunctivitis is an ophthalmologic manifestation of a systemic infection. 02:40 So patients oftentimes will have conjunctivitis in one eye on the left and then a day or two later it will show up on the right and they presume that they have spread it. 02:47 But in fact, it's just that the ophthalmological manifestation of this systemic disease happens to be presenting asymmetrically. 02:56 It's not actually being spread from one eye to the next. 02:59 In contrast, bacterial conjunctivitis will be a much stronger redness in the eye. 03:04 And most notably, when you pull down on the eyelids, if you clear away the, any mucopurulent material during the exam, you may find that with bacterial conjunctivitis within minutes, so more mucopurulent discharge will actually show up. 03:20 And that really tells you you're dealing with a bacterial process rather than a viral where people tend to wake up with some crusty eyes in the morning. 03:27 But other than a little bit of a gritty sensation throughout the day, they're not having this constant development of mucopurulent material in the eye. 03:37 In addition, you can look for jaundice in the eye. 03:40 Patients who have a bilirubin level of at least 3 or 4 milligrams per deciliter, you'll start to see some yellowing in the conjunctiva. 03:48 Some patients develop pterygium, which is where there's this increased growth of of hyper proliferation of conjunctiva that comes in from either the lateral side or the medial side and can actually encroach over into the the area of the iris. 04:04 So-called pterygium, which comes from the same root of the word as 'Pterodactyl'. 04:09 Ptery- meaning 'wing' and it's basically a wing of conjunctiva tissue that's now encroaching across the anterior surface of the iris. 04:16 It's a benign condition in general. 04:20 And next up, looking at diseases specifically of the eyeball itself, or I should say of the anterior chamber of the eye. 04:28 If a patient has iritis, which is essentially a type of anterior uveitis, you may see what's called a cilliary flush, where there's redness just around in a rim, sort of a halo around the iris. 04:40 And that would be present in some autoimmune conditions, you may see that. 04:45 versus episcleritis and scleritis, which is going to involve the sclera rather than the anterior chamber.

Author of lecture Examination of the Eye