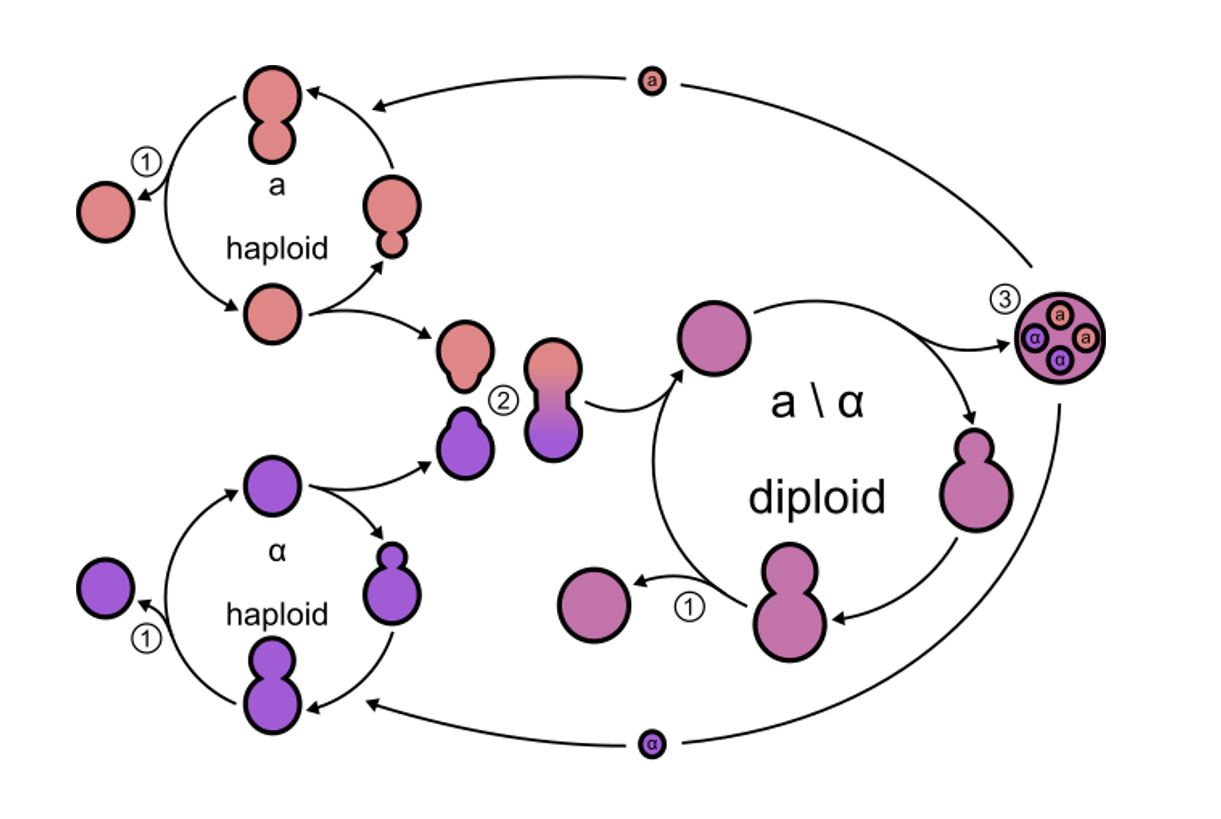 Mycology: Overview
Fungi belong to the eukaryote domain and, like plants, have cell walls and vacuoles, exhibit cytoplasmic streaming, and are immobile. Almost all fungi, however, have cell walls composed of chitin and not cellulose. Fungi do not carry out photosynthesis but obtain their substrates for metabolism as saprophytes (obtain their food from dead matter). Mycosis is an infection caused by fungi.
read more 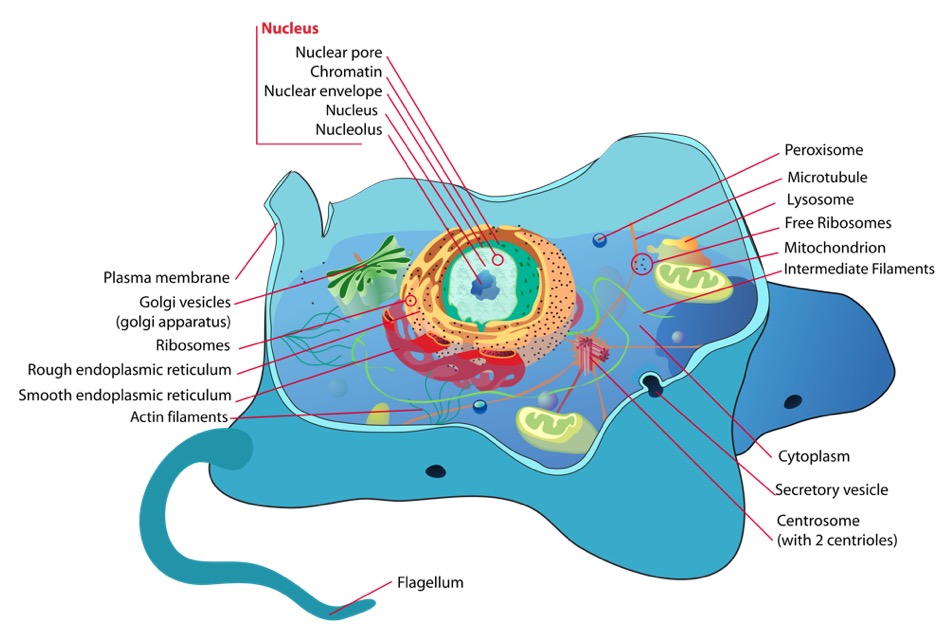 Cell Types: Eukaryotic versus Prokaryotic
Organisms can be mostly classified into 2 groups, prokaryotes and eukaryotes, which have fundamental differences at the cellular level. Prokaryotes are unicellular organisms that include 2 of the 3 domains of life: bacteria and archaea. Eukaryotes can be single-celled or multicellular organisms and include plants, animals, fungi, and protozoa. Prokaryotic cells consist of a single cytoplasm-filled compartment enclosed by a cell membrane and cell wall, while eukaryotic cells contain a well-organized nucleus contained by a membrane, along with other membrane-bound organelles.
read more
Load more
Share
Ask Questions
Take Notes
Download Slides
Report Mistake
Comments
show all Show less
My Notes
show all Show less
Learning Material 2
show all Show less
Report mistake
Transcript
0 of 0

00:01 Hello and welcome to Fungi. After listening to this lecture, I hope you'll be able to define the two different types of fungi. I hope you'll understand how yeast reproduce and what we can use them for. I want you to be familiar with the structure of filamentous fungi and I want you to know some diseases that are associated with fungi. 00:25 There are two types of fungi in general. Most of the fungi that we know are called filamentous. 00:35 They form large networks of filaments that are called mycelia, and that is shown in this slide, and the mycelia in turn are made of smaller segments called hyphae. And this, you should be familiar with, if you've ever had moldy food in your house, bread or fruit that's covered with a fuzzy layer, that is a filamentous fungus. Mushrooms are also fungi, even though they are not microscopic, they are part of a very large mycelium. Remember that mycelium is the network of filaments that makes up the filamentous fungi, this typically grows underground. The mushrooms are actually aggregates of the mycelium that come up above the ground and they drop spores onto the ground to make more fungi. So the mushroom is big, it is not a microbe because you can see it, but it's obviously part of a microorganism, the fungus. 01:34 The other kind of fungus are called yeasts, and this is because they are single cell and there is a diagram of single cell yeast here and a photograph of real yeast cells which are dividing. This particular yeast happens to be Saccharomyces cerevisiae. So we have filamentous fungi and yeast type fungi. Now an important property of all the fungi, is that they are heterotrophs, they acquire food by absorbing small molecules, they can't make any of their own molecules, they can't do it as bacteria do, they are not autotroughs. 02:13 So they are heterotrophs, and often what the fungi will do is to secrete enzymes into their environment that digest precursors and then they absorb the digestion products. And here we have a mycelial growing on a rotting wood for example, they often grow outside in soil around wood. They absorb the nutrients that they need and that way the mycelium gets larger and larger. Typically the mycelia are beneath the surface of the soil, the mushrooms come out above. So whenever you see a mushroom, just think now underneath it, is a very big mycelium. 02:53 The cell walls of fungi are different from the cell walls of any other organism, including eukaryotic cells and bacteria. They do have a cell membrane surrounding the fungal cell, which is a phospholipid bilayer and you can see that in this slide, it may also contain membrane proteins, but then just above the cell membrane is a layer called chitin. 03:19 Chitin is a sugar polymer, it consists of multiple residues of N-acetylglucosamine, the glucosamine is the sugar shown in pink, the acetyl group is shown in green. So chitin is a very long polymer of this single sugar that lies just above the cell membrane. Above the chitin is a layer called beta-glucans, these are also a sugar polymers that are assembled as a protective layer and then on top of that is another layer called manno-protein, which is a glycoprotein sugar and protein and in this case most of the sugars are mannoses. 03:57 So above our membrane, we have other layers of sugars and sugar polymers to protect the fungus and this makes it very different from all other kinds of cell membranes. 04:08 Fungi can grow in many places, they often don't need water, they can grow in damp environments and that's an example here; the mold on your bathroom wall, the wall is not really wet, but it's damp because of the showering and if you've ever seen a black growth, especially in between the tiles on your bathroom wall, those are filamentous fungi that are growing. 04:35 They get enough nutrients from the wall and they can absorb enough moisture to live. 04:41 Many fungi produce spores in order to reproduce, so the fungal cells can divide, but spores are often produced to make additional fungi. So a mushroom for example, is a spore forming body. It comes up out of the mycelium, it's produced by bundling mycelia together and then once above the earth, the spores drop out of the mushroom cap onto the ground and then they disperse in the wind and they initiate new fungal growth everywhere. So spores are made for dispersal. For humans, spores are not so good because we can inhale them quite often. When you're walking around in the woods for example, you're often inhaling the spores as you disturb them by walking and many people have allergies to the spores. In fact, even in your house, there are lots of spores floating around because of their molds growing in various places, you're inhaling the spores.

The lecture Eukaryotic Microbes – Fungi by Vincent Racaniello, PhD is from the course Microbiology: Introduction.

How many categories are fungi broadly divided in?

What is the network of cilia created by fungi called?

What is the function of mushrooms?

What is chitin composed of?