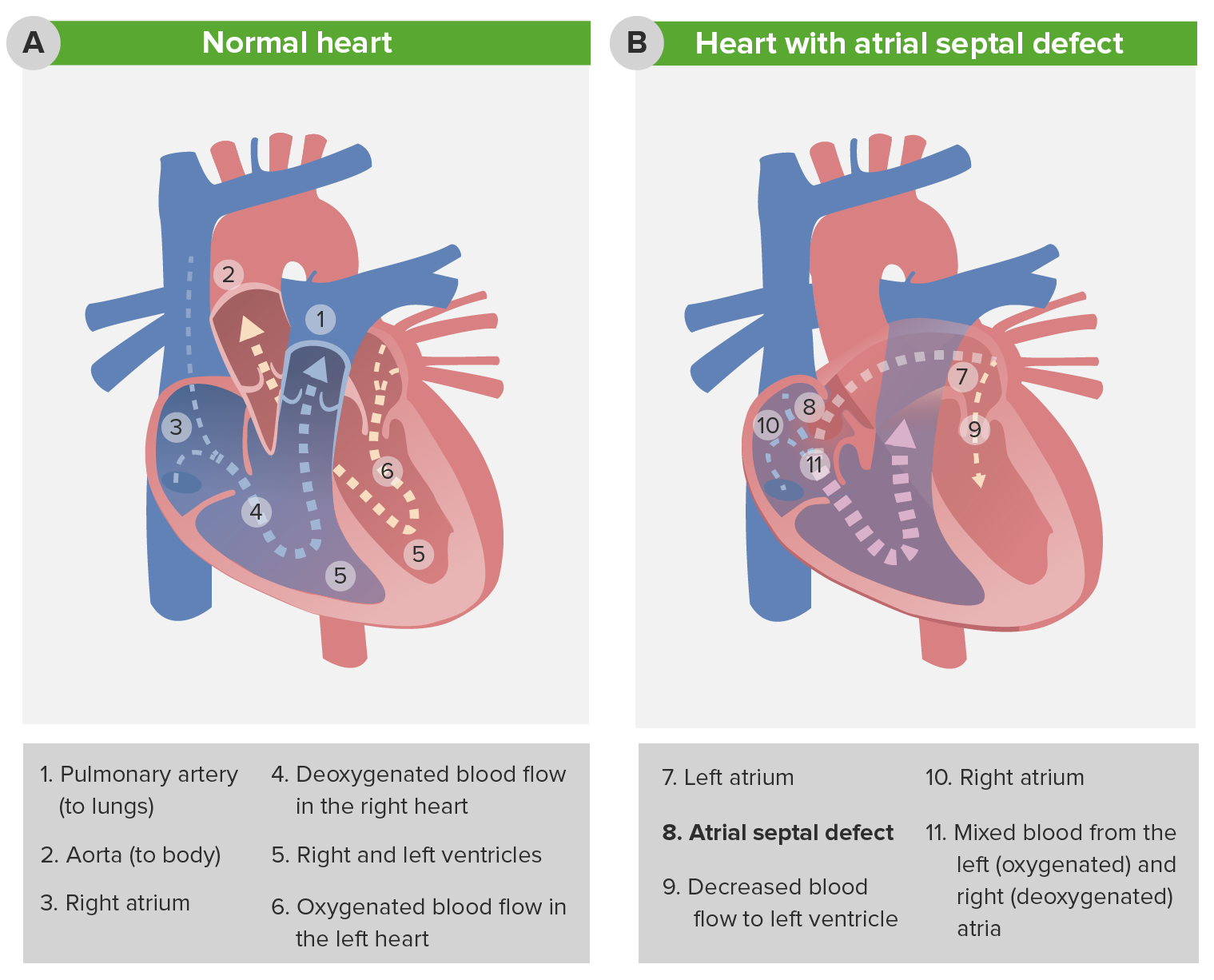 Atrial Septal Defect
Atrial septal defects (ASDs) are benign acyanotic congenital heart defects characterized by an opening in the interatrial septum that causes blood to flow from the left atrium (LA) to the right atrium (RA) (left-to-right shunt). Atrial septal defects account for approximately 15% of all cases of congenital heart disease (CHD), making ASDs the 2nd most common CHD. There are 4 types of ASD based on the location of the defect along the atrial septum, but the most common is the ostium secundum defect. Atrial septal defects are usually detected during a routine physical examination and confirmed by an echocardiogram. In infancy, most small ASDs close spontaneously by 2 years of age. Only patients that are symptomatic require surgical closure. In general, most patients with ASD can expect a good overall outcome.
read more 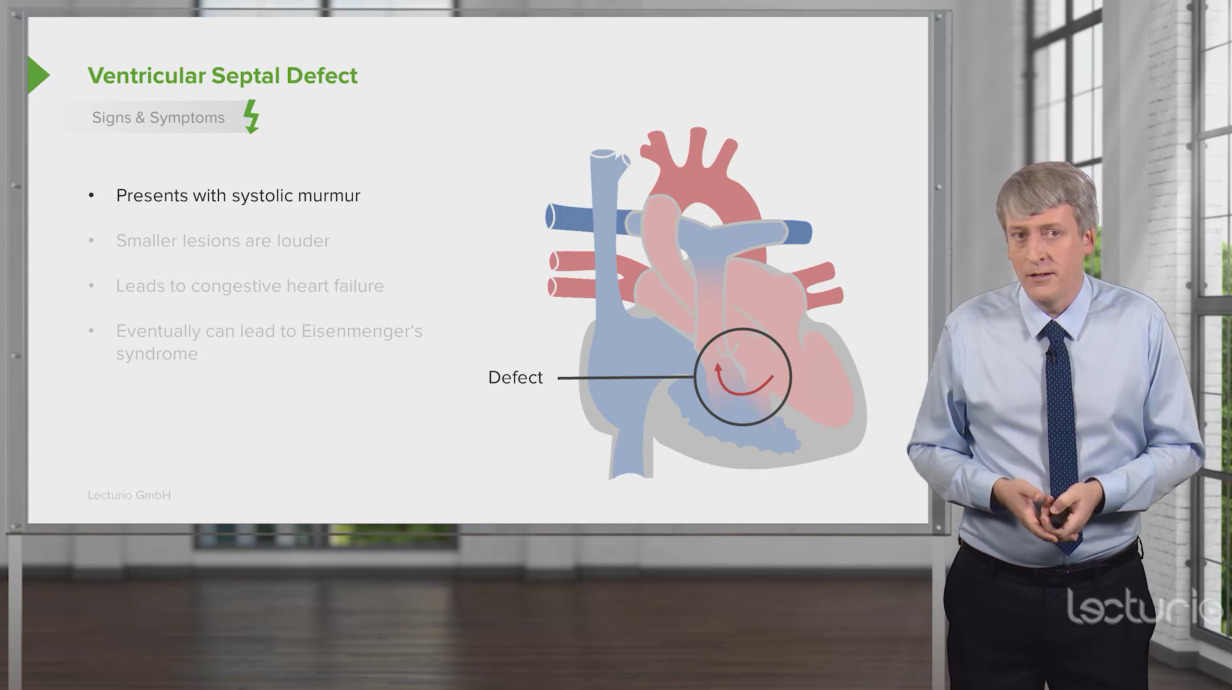 Ventricular Septal Defect (VSD)
Ventricular septal defects (VSDs) are congenital cardiac malformations that feature an abnormal communication between the right and left ventricles. Presenting both in isolation or as part of a more complex disease, VSD is the most common congenital heart defect. While the degree of severity depends on the size of the defect, VSDs are classified on the basis of the anatomical location of the defect. Patients may be asymptomatic with smaller defects, whereas larger defects can present with respiratory or heart failure during infancy or childhood. A common clinical sign is a holosystolic murmur audible at the left sternal border. Diagnosis, both pre- and post-natal, is confirmed by echocardiogram. The majority of small VSDs close spontaneously, but those that are larger and symptomatic require medical stabilization followed by surgical repair.
read more 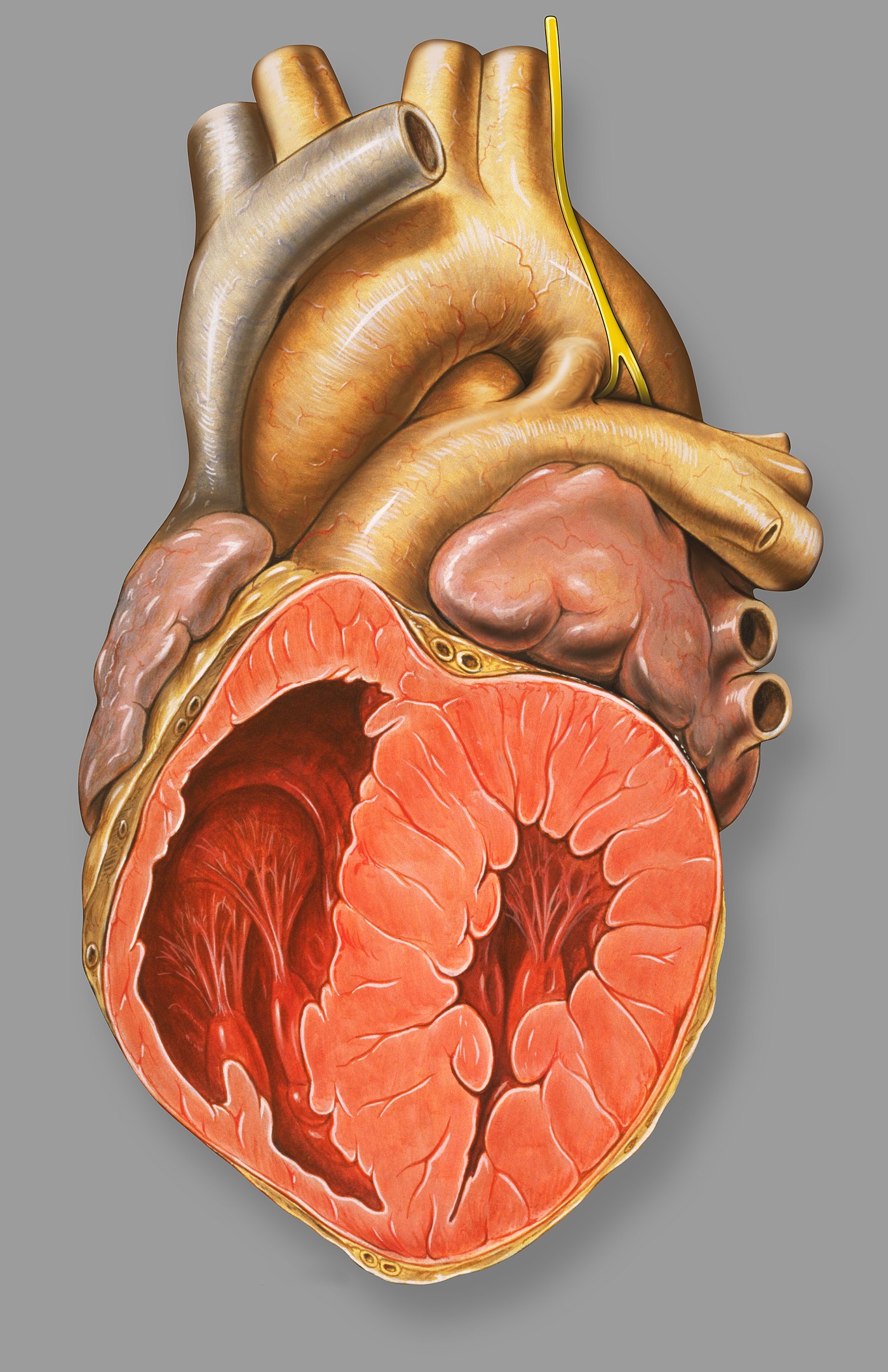 Patent Ductus Arteriosus (PDA)
The ductus arteriosus (DA) is a fetal blood vessel connecting the left pulmonary artery to the aorta. The DA allows blood to bypass pulmonary circulation. After birth, the DA remains open for up to 72 hours and then constricts and involutes, becoming the ligamentum arteriosum. Failure of this process to occur results in patent ductus arteriosus (PDA), a condition that causes up to 10% of congenital heart defects. Patent ductus arteriosus is twice as common in girls (especially premature infants) and causes a continuous machinery-like murmur on clinical examination. Patent ductus arteriosus may be associated with other cardiac defects; an echocardiogram can confirm the diagnosis. Treatment aims at closure of the remnant structure either through pharmacological or surgical means.
read more
Load more
Share
Ask Questions
Take Notes
Download Slides
Report Mistake
Comments
show all Show less
My Notes
show all Show less
Learning Material 2
show all Show less
Report mistake
Transcript
0 of 0

Which one of the listed conditions leads to left to right shunting?

Which of the following diseases does NOT cause clubbing of the fingers?

Which of the following is the most common type of atrial septal defect?

Typically, the murmur in PDA is loudest at which of the following locations?

Classic continuous machinery murmur is typically heard in which of the following conditions?

Which of the following is NOT a typical feature of left to right shunts?

Ventricular septal defect has which of the following types of murmurs?

As always, very helpful. Great examples. Enhanced my understanding on the topic without information inundation.

As always, very helpful. Great examples. Enhanced my understanding on the topic without information inundation.