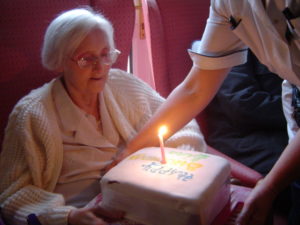 Cognitive Decline Among Older Adults
Mental abilities change throughout our lives. As the brain matures and then ages, the neural connections undergo rapid expansion followed by progressive degeneration. It is important for physicians to understand the difference between a normal cognitive decline associated with aging and a pathological decline. While normal aging-related cognitive decline does not impair most activities of daily living (ADL), some activities like driving may be compromised. The pathological cognitive decline, on the other hand, is associated with significantly greater morbidity.
read more
Load more
Share
Ask Questions
Take Notes
Download Slides
Report Mistake
Comments
show all Show less
My Notes
show all Show less
Learning Material 2
show all Show less
Report mistake
Transcript
0 of 0

The lecture Cognitive Decline among Older Adults by Charles Vega, MD is from the course Geriatric Care. It contains the following chapters:

What is the first-line therapy for newly diagnosed Alzheimer disease dementia?

Which of the following conditions is associated with a classic triad of cognitive impairment, gait disturbance, and urinary incontinence?

Which of the following blood tests is indicated in a patient with cognitive impairment and dementia?

Which of the following is the most common cause of dementia?

Which of the following best describes the Mini-Cog test?

Great sequence of screening, diagnostics, treatment and care. Good use of audiovisual support.

Great sequence of screening, diagnostics, treatment and care. Good use of audiovisual support.