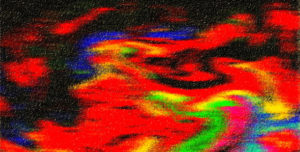 00:01 We've arrived at our final topic in thermodynamics. 00:04 And this topic will be about how physical state of particular types of matter behave and respond to the kind of heat changes that we've been discussing. 00:13 First of all, it's good to know that an object's volume can depend on its temperature. 00:17 So if you heat an object up, that object can actually get slightly larger. 00:21 And similarly if you cool it down, it can actually contract a bit. 00:26 We can measure or have a way of quantifying the measurement for length. 00:30 For example, in how the length would change for some object that's been heated up. 00:34 So you can see the equation here for the final length of an object which had some initial length, and then because temperature was added, it changed that length. 00:43 We call this a linear expansion, and use a term, a quantity alpha which is the coefficient of the linear expansion. 00:52 Using this quantity alpha, we have an equation for the new length of something that has been heated up. 00:57 It is equal to the original length of the object times its quantity one plus the coefficient of linear expansion times the change in the temperature of the object. 01:08 So notice just by looking at this equation that the units of this coefficient of expansion alpha have to be units of one divided by temperature or one over Kelvin. 01:19 It's also true that the volume for an object could change so we could write a similar equation except using volume instead of the linear expansion. 01:27 So the final volume of an object that's been heated up would be the initial volume of that object times the same sort of term, one plus and then we have the coefficient of a volumetric expansion, alpha sub V and you multiply this coefficient of volume metric expansion times the change in temperature as well. 01:46 It's very often the case, so this is useful to know that the coeffecient of the volumetric expansion alpha sub V is just three times the coefficient of the linear expansion which is easy to remember if you remember that volume is in three dimensions, where length is just one dimension. 02:03 So to find coefficient of the volumetric expansion, how a volume expands, you just multipy the coefficient by three from the linear expansion. 02:12 We could rewrite these equations in the way that is often written in a different sort of way so we can see how to use this as well. 02:19 First of all, with this term, with the coefficient or with the linear length, the initial linear length we just distribute that term, the L initial, the original length into those two terms, the one and the alpha delta T. 02:32 When we do this, we see that the final length is equal to the initial length plus some change in the initial length. 02:39 So another way to think about the linear expansion is to say that this change in the length, this last term, the final length being the initial plus some change, this change is just equal to the inital length of the object times the coefficient of expansion times the change in the temperature. 02:58 And the same logic holds true for the volumetric expansion as well. 03:02 So if you're just looking for the change in length rather than the actual final total length, You just need to calculate these quantities which are just the changes in your length or your volume rather than the new length and volume of your object after it's been heated up.

The lecture Coefficient of Thermal Expansion by Jared Rovny is from the course Thermodynamics and Thermochemistry.

Which of the following is the unit of the coefficient of linear expansion?

Which of the following is FALSE?

In constructing a railway line the expansion of the railway in hot days has to be taken into account. What would be the linear expansion of 10 m of railway made of iron for an increase of temperature of 20° C if the coefficient of thermal expansion of iron is 12×10⁻⁶ 1/K?