Anticonvulsants (Antiseizure Drugs) — Classification and Side Effects
A seizure is a brief episode of signs/symptoms resulting due to uncontrolled, abnormal electrical activity in the brain. In this article, we will study in detail about the classification, mechanism of action, and adverse effects and interactions of antiseizure drugs. First and second line drugs for various types of seizures will also be studied.
read more 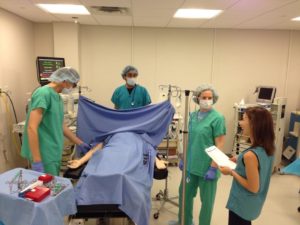 The lecture Treatment Strategies – Anti-Seizure Medications by Pravin Shukle, MD is from the course CNS - Pharmacology. It contains the following chapters:

What is an absolute contraindication for treating a patient with valproic acid?

An absence seizure is usually found in children. They appear to "zone out" and stare blankly into space, but they are actually having a seizure. This is often confused with daydreaming. What is the best treatment for absence seizures and what is its mechanism?

A 34-year-old female patient comes to your clinic for a follow-up appointment. She had her third tonic-clonic seizure last week and this sent her to the Emergency Department. What medication would you recommend to prevent future seizures and what periodic verification is recommended?

In which type of seizure would phenobarbital NOT be used?

Status epilepticus is a series of seizures in rapid succession without regaining consciousness. What is the first line treatment for this condition?