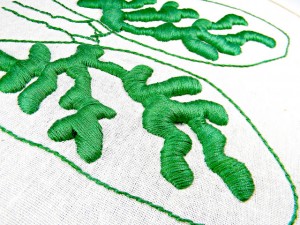 Anatomy of the Respiratory System and the Respiratory Muscles
Without oxygen, the human organism is not capable of living. It gains a major part of its energy from oxidative degradation of nutrients. The processes involved in this are called pulmonary respiration or external respiration. The carbon dioxide that is formed in the process of combustion has to be released. The gas exchange between air and blood takes place in the lung. When nutrients are degraded in order to gain energy, oxygen is consumed – a process that takes place in every individual cell of the body and is therefore called cell respiration or internal respiration. The detailed processes of cell respiration are the subject of biochemistry and will not be discussed here.
read more
Load more
Share
Ask Questions
Take Notes
Download Slides
Report Mistake
Comments
show all Show less
My Notes
show all Show less
Learning Material 2
show all Show less
Report mistake
Transcript
0 of 0

The lecture Pulmonary Clinical Anatomy: Respiratory Zone by Carlo Raj, MD is from the course Introduction to Pulmonary Pathology.

Which of the following best defines pulmonary dead space?

A patient presents with blood tinged sputum, fever, myalgias, and shortness of breath for the past 2 days. You diagnose them with pneumonia originating from the respiratory portion of the pulmonary tree. Which of the following would be the most likely causative agent?

Which of the following is the most common cause of atypical pneumonia?

Which of the following is the pathognomonic sign for atypical pneumonia on CT?

All of the following are true regarding adenocarcinoma of the lung EXCEPT...?