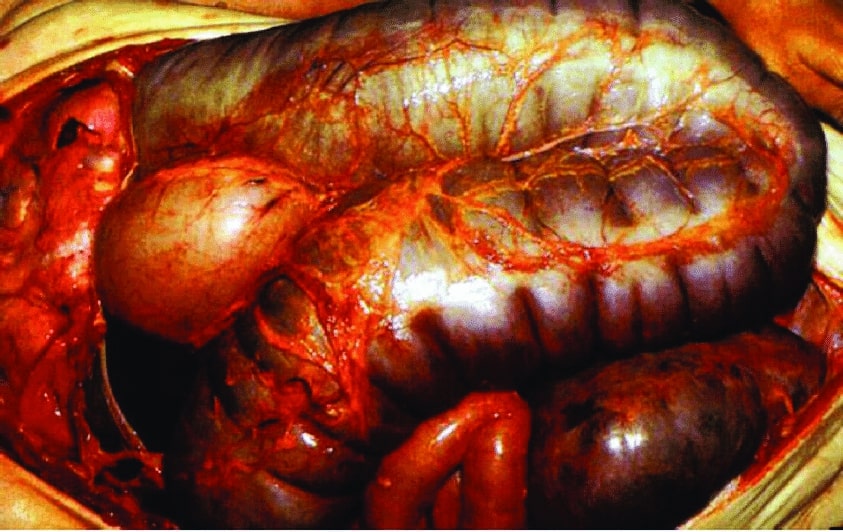 Megacolon
Megacolon is a severe, abnormal dilatation of the colon, and is classified as acute or chronic. There are many etiologies of megacolon, including neuropathic and dysmotility conditions, severe infections, ischemia, and inflammatory bowel disease. Toxic megacolon is an acute form of megacolon with systemic toxicity, and carries the highest morbidity and mortality. Common symptoms include abdominal distention, pain, bloody diarrhea, or obstipation. Diagnosis depends on the underlying cause, and is usually established with a combination of the patient’s history, laboratory findings, and imaging studies. Patients with chronic megacolon may require laxatives, enemas, and bowel training. Management for acute megacolon includes supportive care, decompression, and potential surgery.
read more

Achalasia
Achalasia is a primary esophageal motility disorder that develops from the degeneration of the myenteric plexus. This condition results in impaired lower esophageal sphincter relaxation and absence of normal esophageal peristalsis. Patients typically present with dysphagia to solids and liquids along with regurgitation. Diagnosis is established by high-resolution manometry. To rule out malignancy as a cause of achalasia, upper endoscopy is performed. Barium swallow study helps evaluate the esophageal morphology. Management options include pneumatic balloon dilation, surgical myotomy, and botulinum toxin injection. Choice of treatment is dependent on the type of achalasia and surgical risk. Medications are available for those who fail initial intervention; however, they provide the least benefit.
read more
Load more
Share
Ask Questions
Take Notes
Download Slides
Report Mistake
Comments
show all Show less
My Notes
show all Show less
Learning Material 2
show all Show less
Report mistake
Transcript
0 of 0

The lecture Achalasia by Carlo Raj, MD is from the course Esophageal Disease.

Which of the following is a confirmatory test for achalasia?

Which of the following is the main mechanism of symptom development in achalasia?

Which of the following reflects the appearance of achalasia on barium swallow?

Which of the following is the definitive therapy for achalasia?