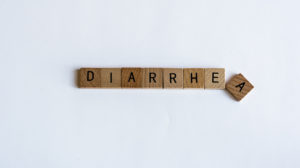 Diarrhea — Differential Diagnoses and Treatment
Diarrheal diseases are a very common reason why patients consult their doctor. Acute diarrhea lasts no longer than 2 weeks and has usually a rather mild course; however, if the diarrhea becomes more severe or is persistent, it can pose a serious health problem. Diarrheal diseases are most commonly due to infections. Chronic diarrhea represents a challenge to any doctor’s diagnostic skills as there are a multitude of differential diagnoses. In the following article, we will present you with all the important information you might need for clinical exams and clinical practice.
read more
Load more
Share
Ask Questions
Take Notes
Download Slides
Report Mistake
Comments
show all Show less
My Notes
show all Show less
Learning Material 2
show all Show less
Report mistake
Transcript
0 of 0

00:00 <i>So let's talk about cholera caused by Vibrio cholerae which is really the prototype of watery</i> diarrhea and it's got a prototypic AB toxin. The A subunit is what's causing the disease. The B subunit is really what binds the toxin to the GI epithelium. So, here's what happens. This B subunit is trying to bind the gastrointestinal mucosa, small bowel, and it forms a pentameric ring and binds the toxin to an enterocyte receptor and that enterocyte receptor is a GM1 ganglioside on the mucosal cell surface and what that B subunit does in its pentameric ring is actually forms a pore in the cell and that allows the active component of the toxin to get in. 01:09 Now, cholera, it seems kind of complicated if you look at the slide but let me sort of gradually walk you through it so you know that the B subunit causes this pore and binds the cholera toxin to the cell and then the toxin enters the cell and it actually enters the endoplasmic reticulum retrograde. The toxin then interacts with ADP-ribosylation factor to activate the stimulatory protein GS alpha and what that does is stimulates the release of adenylyl cyclase and so what you get is marked increases in the cell of cyclic AMP and if you get large increases of cyclic AMP, what that does is cause the release of chloride ions into the lumen and of course sodium follows chloride and what you get is a massive watery osmotic diuresis and in summary that's the way cholera toxin works. So the typical patient with cholera has unbelievably severe frequent watery diarrhea up to a liter an hour and the stool is essentially liquid without much odor after a few stools and has no blood, no pus and the stool has been described as appearing like rice water but with 1 liter an hour of diarrhea you can imagine how rapidly somebody becomes dehydrated and of course their blood pressure takes a nosedive. So they may lose up to 6 liters in an hour in the most severe cases and the organisms are present in the stool, you can actually see them on a gram stain and patients have lost more than 10% of their body weight and obviously that leads to dehydration and shock, death within 12 hours or less, occasionally within 2 to 3 hours. So we've got to take fast action if we're trying to treat somebody with cholera and so what we got to do is rapidly replace fluids. If they have a milder version we can try oral with sodium chloride and some sugar but more often than not they will need IV fluids and the classic one used is Ringer's lactate because it's got sodium, potassium chloride and similar concentrations as plasma plus some calcium and some lactate. 04:09 To kill the bug we can use azithromycin or a fluoroquinolone or doxycycline. 04:15 It is also important to mention that In June 2016, Vaxchora (a live attenuated oral cholera vaccine) was approved by the FDA for prevention of cholera caused by serogroup O1 in adults 18 through 64 years of age traveling to affected areas.

Which of the following describes the typical stool of a person infected with Vibrio cholerae?

What is the function of the B subunit of the cholera toxin?

What is the mechanism causing diarrhea in patients with cholera?

What is the mechanism of morbidity and mortality in patients infected by cholerae?

What is the appropriate treatment for a patient suffering from severe cholerae?