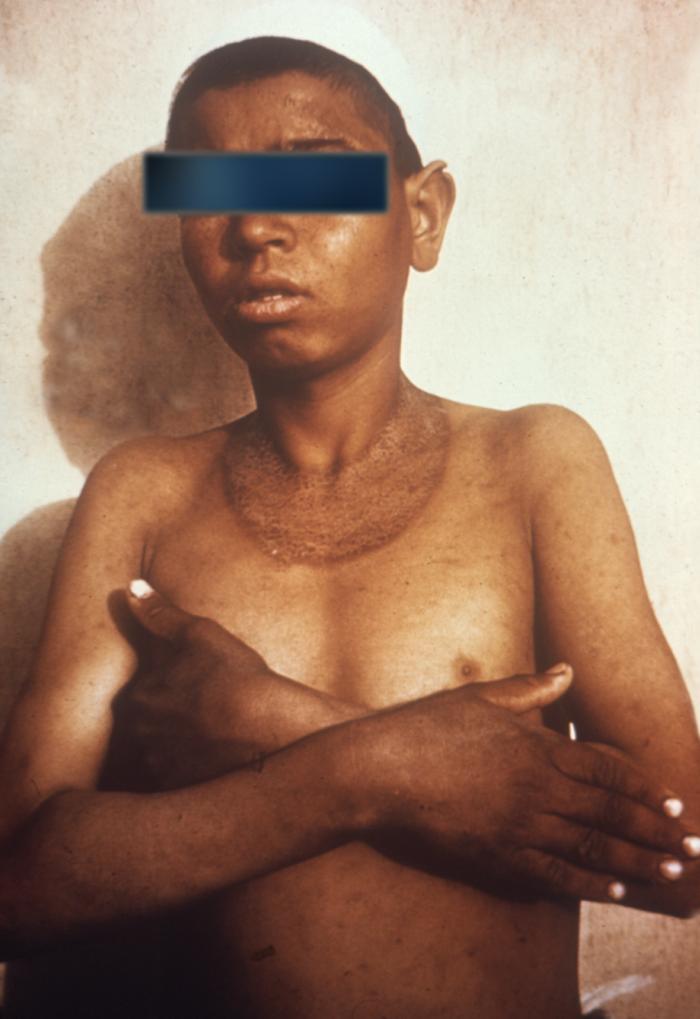 00:00 Moving on now to vitamin B3, niacin. 00:04 There's a little bit more to say about niacin that you need to know. 00:08 Again it's involved in electron carriers as a cofactor. 00:12 Also involved in nerve functioning. 00:15 So naturally it has some critical roles. 00:18 And finally we know that it's involved in cholesterol production. 00:23 Now here I let you know that we have the vitamin B6 also coming into play. 00:30 Because B6 is a cofactor for the enzyme that converts tryptophan to niacin. 00:36 So a deficiency in B6 or tryptophan could also lead to a deficiency in niacin. 00:45 So that's one thing to keep in mind. 00:47 We'll again address it when we come to B6 of course. 00:51 Because there's a reciprocal relationship there. 00:54 Niacin excess is an interesting condition because often we use niacin to treat high cholesterol levels. 01:04 So sometimes we'll see patients that have the symptoms of niacin excess. 01:10 And one of the side effect is facial flushing. 01:13 It's kind of a blotchy appearance. 01:15 Very simple to alleviate though. 01:18 We just remove B3 niacin because when we remove the B3, it will be removed, extra excess will be removed in urine. 01:28 And the individual will return to normal. 01:30 Niacin deficiency however, shows up as a condition called Pellagra. 01:36 And the way that I remember the condition of pellagra is by using three Ds. 01:41 Dementia, Diarrhea and Dermatitis. 01:47 And the dermatitis often appears as cracked skin. 01:51 Specially around the corners of the mouth. 01:53 Now some people will call it four Ds because death could result. 01:57 I prefer to stick with the three Ds. 02:00 Because it's much less likely in the United States. 02:02 But three Ds, dermatitis, dementia, diarrhea are signs of this pellagrin niacin deficiency. 02:10 And you should understand those for your exam. 02:15 Moving on to B5 which is pantothenic acid. 02:20 We find that again it's in many of the foods we eat. 02:25 We have relatively good diet in the United States and in manufactured foods it's in there as a supplement also. 02:31 So it's rare to have a deficiency. 02:34 But if there is a deficiency, it leads to a syndrome called "Burning Feet Syndrome." Again involved in metabolic processes. 02:43 As you will see over here involved in the synthesis of coenzyme A. 02:48 So B5 is a cofactor for the synthesis of that enzyme. 02:52 Moving on now to B6 or pyridoxine. 02:57 There are few more things to say about this vitamin. 03:01 It is a cofactor again. 03:03 No surprise in many metabolic processes. 03:06 Not going to go into the details of each of those. 03:09 But particularly it's a cofactor in protein metabolism. 03:14 Because it helps transaminases do their job. 03:17 We call transaminases, they are going to be removing amino group. 03:21 So when they are not functioning well, protein metabolism is an issue. 03:26 We also see issues with neurotransmitter production. 03:31 Neurotransmitters particularly the catecholamine, such as epinephrine, norepinephrine, dopamine and serotonin. 03:40 So some of the side effects of pyridoxine deficiency could be in the realms of depressions for early science. 03:48 Also we see that pyridoxine is important in red blood cell production. 03:55 Now we could go into super detail on each of these processes. 04:01 And where the vitamins come into play. 04:03 And there are some of them well have been featured in your biochemistry course. 04:08 But here the purpose is for us is just to cover specifically what you need to know about each of these vitamins for the exams. 04:16 So that you can score best on the exam. 04:19 Otherwise we could be here for weeks just talking about all of the roles of different vitamins in the biochemical processes. 04:25 So these are just the highlights that we're covering. 04:28 When we see deficiency again in B6, you probably remember just a few moments ago that we discussed a bit of vitamin B3 or niacin. 04:40 And so B6 being a cofactor for the production of niacin. 04:45 Again we can see niacin shortage because of B6 deficiency. 04:50 And this can also lead to peripheral neuropathy. 04:55 As well as seizures and anemia. 04:59 Now it makes sense, right. 05:01 If you look back to the slide of what B6 is involved in. 05:06 You would expect that perhaps there were some other issues with the nervous system as well as anemia. 05:14 Because it's involved in red blood cell production. 05:16 So you can pretty much predict what the symptoms of deficiency are by understanding what the vitamin is used for. 05:26 So now moving on to biotin. 05:31 Biotin, there's not a whole ton to say about it. 05:35 Biotin is plentiful in most of our diets. 05:38 Cell growth is one of the things that it's particularly involved in. 05:41 It assists with the synthesis of fatty acids And guess what production of red blood cells. 05:48 So we have explored the first set of our water soluble vitamins. 05:56 And I look forward to seeing you in the next lecture. 05:58 Where we get into a little bit more detail talking about B9 and B12. 06:04 Because those two have some specific interactions which are really important to look at. 06:10 I hope to see you there soon.

The lecture Vitamin B3, B5, B6 and B7 by Georgina Cornwall, PhD is from the course Nutrition. It contains the following chapters:

Which vitamin is a cofactor in niacin production?

A person complains that he has a rash around the mouth and neck. He also has diarrhea and has great difficulty remembering things. Which vitamin is most likely deficient in this patient?

Which vitamin is used in transamination processes?

A patient being treated for tuberculosis comes to you with complaints of "walking on pins and needles" for the last two weeks. On exam, he has bilateral numbness on the plantar surface of his feet. Most recent labs reveal anemia. Which vitamin is most likely deficient in this patient?

Which vitamin acts as a co-factor in fatty-acid synthesis?

Very interesting. Maybe ratio of aminoacid tryptophan metabolized to niacin and niacin consumed with food is good to mention. B6 can be pyridoxine or pyridoxal?

Very interesting. Maybe ratio of aminoacid tryptophan metabolized to niacin and niacin consumed with food is good to mention. B6 can be pyridoxine or pyridoxal?